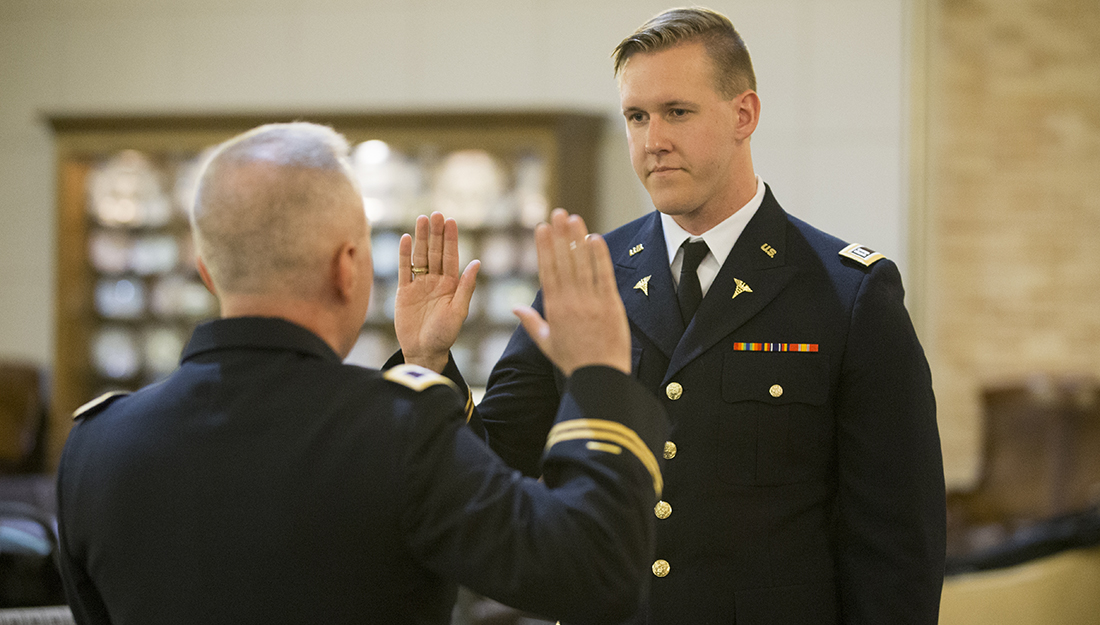 A history of Selfless Service

How the Texas A&M College of Medicine takes the Aggie Core Value to heart
May 30, 2017

At the intersection of medicine and military lies an opportunity unlike any other, and it’s one that the Texas A&M College of Medicine has been committed to from its very inception. For 40 years, the college has been welcoming students into its classrooms and supporting advancements in military medicine.

During the mid-1960s both federal and state government began to enact funding programs that encouraged the expansion and creation of medical schools. The goal was to help solve the health shortage of the United States, an issue that continues to plague the United States and Texas, especially. Even during the 1960s the U.S. was experiencing not only physician shortages, but a maldistribution of patient care—leaving underserved populations in rural areas and inner-cities, alike.

In 1971, U.S. Representative Olin Teague of Texas introduced a bill to create five medical schools in conjunction with established Veterans Affairs (VA) hospitals with the mission of meeting the needs of the medically underserved areas of the country—namely retired service members and rural community members. The bill, known as the Teague-Cranston Act, or Comprehensive Health Manpower Training Act, passed without a dissenting vote in 1972.

In general, the five Teague-Cranston Act medical schools espoused the importance of training physicians, but also of addressing the medical care needs of patients and a reintegration with the communities in which they lived. In short, these medical schools were created to “put the patient first.” It is this larger sense of service that Texas A&M has remained committed to, and has worked to expand upon.

The very foundation of the Texas A&M College of Medicine is built on a service mindset, a close relationship with the U.S. military, and a keen awareness of the needs of veteran patients.

In addition to serving military patients, the college has made it a point to welcome students who are veterans or will commission upon graduation. In fact, about 6 percent of all graduates of the college are veterans prior to medical school or take a commission upon graduation. It’s a fitting relationship given that Texas A&M University was created by the Morrill Act, which required all students to participate in military training.

Recently the college has welcomed two Tillman Scholars in the last two years. Tillman Scholars are a select group of military veterans and veteran spouses, who are hand selected from among thousands of applications by the Pat Tillman Foundation. Just 60 are selected each year from across the country. The purpose of the foundation is to build a diverse community of leaders committed to the service of others. The foundation honors the legacy of Pat Tillman, who put an all-star NFL career with the Arizona Cardinals on hold to serve his country after the attacks of 9-11. After his death, Pat’s friends and family founded the foundation who build on Pat’s legacy, principles and commitment to service.

The college’s unique structure, which is based on clinical affiliations to provide hands-on training has included multiple military partnerships such as the Central Texas Veterans Health Care System and the Carl R. Darnall Army Medical Center. Additionally, scholarships such as the Clarence Sasser Scholarship help recognize and celebrate those students who embody the Selfless Service dedication of the college. Sasser helped to evacuate soldiers wounded in a helicopter crash in a flooded rice paddy in Vietnam. He persisted in these efforts despite running out of supplies and being wounded in both legs, and was awarded the Medal of Honor and attended Texas A&M to study chemistry upon his return from Vietnam.

At the start of 2017, the College of Medicine welcomed the leadership of Carrie L. Byington, MD, dean of the Texas A&M College of Medicine, senior vice president of the Texas A&M University Health Science Center and vice chancellor for health services at The Texas A&M University System. Byington is looking ahead at several key commitments for the college and Texas A&M health, namely rural population health (evidenced by Healthy South Texas and a rededication to primary care excellence), innovation and technology (evidenced by the Engineering Medicine track in conjunction with the College of Engineering and Houston Methodist), and expansions on military health commitments.

“Medical and military service are two of the most meaningful ways an American can serve their fellow citizen,” Byington said. “We encourage our students to learn about the special needs of military medicine and the many benefits to service members and citizens, and we also celebrate military service as the epitome of one of the A&M core values. Our goal is not only to create outstanding physicians, but outstanding citizens who will support this mission.” 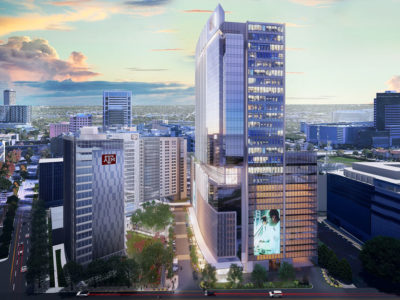 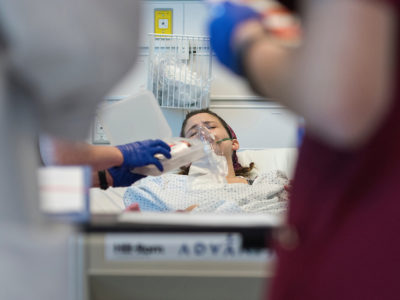