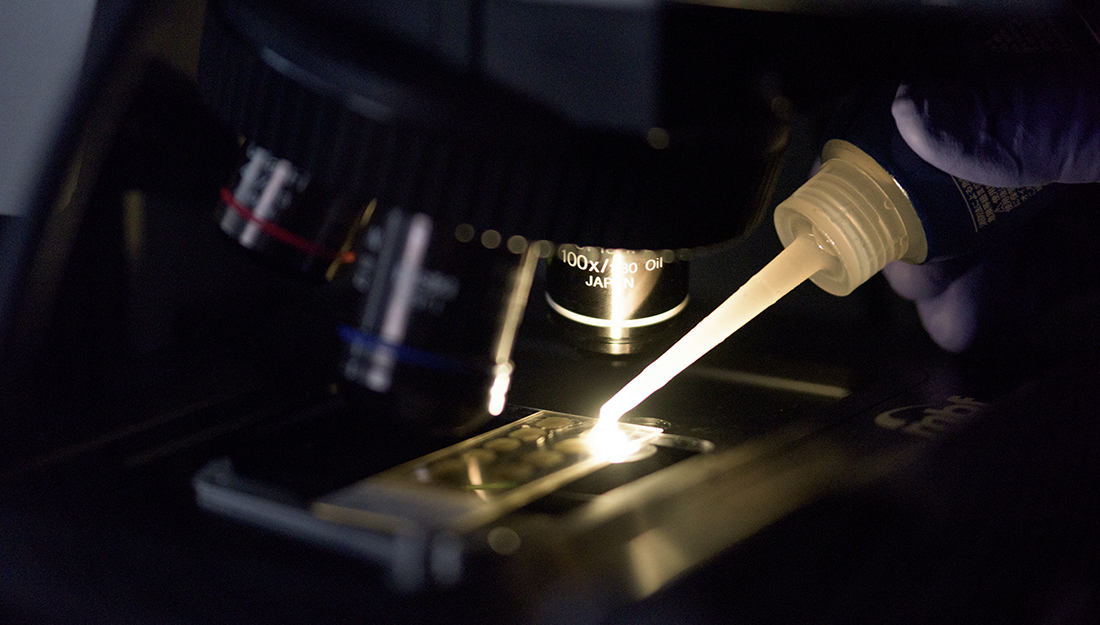 The timing of chemotherapy may matter when it comes to treating a certain type of brain cancer
January 9, 2018

Biological clocks throughout the body play a major role in human health and performance, from sleep and energy use to how food is metabolized and even stroke severity. Now, Texas A&M University researchers found that circadian rhythms could hold the key to novel therapies for glioblastoma, the most prevalent type of brain cancer in adults—and one with a grim prognosis.

Scientists in the Texas A&M Center for Biological Clocks Research (CBCR) determined that the timed production of a particular protein, associated with tumor proliferation and growth, is disrupted in glioblastoma cells, and they believe that this may lead to a more effective technique to treat the cancerous cells without damaging the healthy surrounding tissue. These findings, which were supported in part by the National Institutes of Health, were published today (Jan. 10) in the international journal BMC Cancer.

In the new research, David J. Earnest, PhD, a mammalian biological clocks expert at the Texas A&M College of Medicine and co-corresponding author on the study, collaborated with Bell-Pedersen to show that the clock controls daily rhythms in p38 MAPK activity in a variety of mammalian cells as well, including normal glial cells, the supporting “helper” cells surrounding neurons.

Furthermore, their work found that such regulation is absent in glioblastoma cells. “We tested to see if inhibition of this cancer-promoting protein in glioblastoma cells would alter their invasive properties,” said Bell-Pedersen, an internationally recognized leader in the fields of circadian and fungal biology. “Indeed, we found that inhibition of p38 MAPK at specific times of the day—times when the activity is low in normal glial cells under control of the circadian clock—significantly reduced glioblastoma cell invasiveness to the level of noninvasive glioma cells.”

These findings indicate that glioblastoma might be a good candidate for chronochemotherapy, meaning treating cancer at specific times of day to get the most impact.

“Chronotherapeutic strategies have had a significant positive impact on the treatment of many types of cancer by optimizing the specific timing of drug administration to improve the efficacy and reduce the toxicity of chemotherapy,” Bell-Pedersen said. “However, circadian biology has not been applied to the development of chronotherapeutic strategies for the treatment of glioblastoma, and clinical outcomes for this common primary brain tumor have shown limited improvement over the past 30 years.”

Glioblastomas gained some attention this summer when Senator John McCain was diagnosed with the condition. “A big reason for poor prognosis for patients with this aggressive type of tumor is that the glioblastoma cells rapidly and unabatedly invade and disrupt the surrounding brain cells,” said Gerard Toussaint, MD, a clinician and associate professor at the Texas A&M College of Medicine who specializes in glioblastoma. Current treatments—including chemotherapy, surgical resection, immunotherapy and radiation—are largely ineffective in prolonging life expectancy beyond 18 months.

“We found that an inhibitor of p38 MAPK activity would make the cells behave less invasively, and if you can control the invasive properties, you can improve prognosis,” Earnest said. In addition, the team’s data indicate such treatment may be more effective and less toxic if administered at the appropriate time of the day.

This reduced toxicity is important, because a drug to inhibit the cancer-promoting activity of this protein was tested but found to be too harmful, with too many side effects. “If treatment with the drug can be timed to when the normal glial cells naturally have low activity of p38 MAPK, the addition of the drug might not be as toxic for these cells, and yet would still be very effective on the cancerous cells,” Earnest said.

Although promising, the current studies were done using cell cultures. The team’s next step is to test p38 inhibitor chronochemotherapy in an animal model for glioblastoma. If successful, they would then move on to clinical trials.

“We work on a model system, and the reason to do that is that we can make progress quickly, and we always hope that what we’re working on will lead to something useful, and I think this is a prime example of how putting effort into basic research can pay off,” Bell-Pedersen said. “We’re very hopeful and encouraged by our data that we’ll find a treatment.”

The research was initiated by Charles S. Goldsmith, first author on the study and a previous graduate student in the Interdisciplinary Genetics Program who completed his dissertation research in Bell-Pedersen’s CBCR-affiliated laboratory.