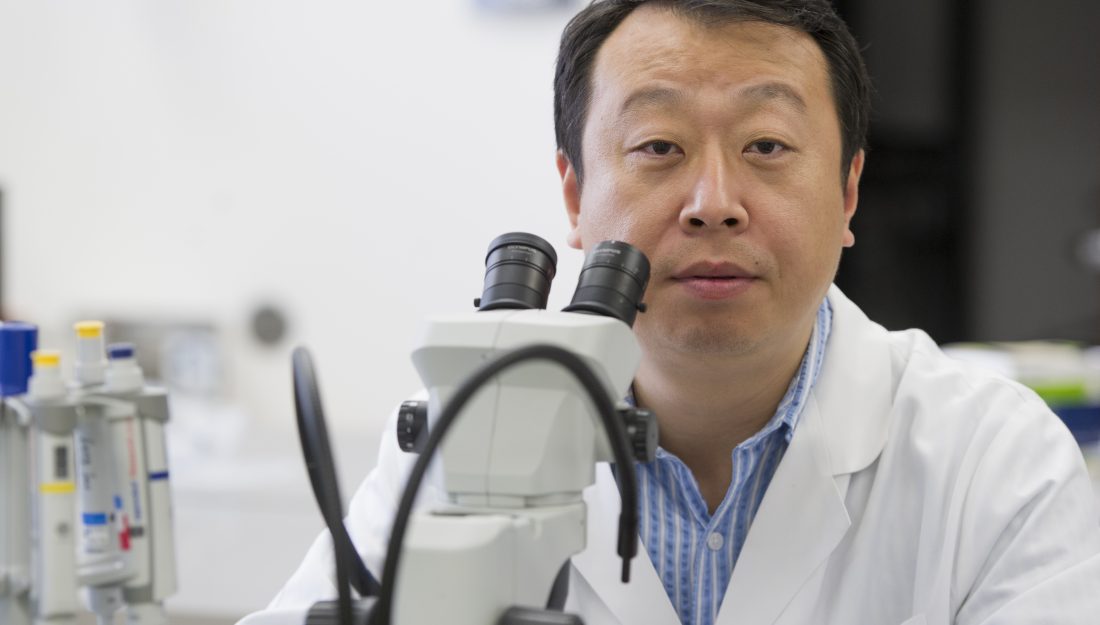 Who knew omitting a gene necessary for cartilage development could cause extra teeth to form?
June 5, 2017

In 2014, when Texas A&M College of Dentistry researchers started studies on FAM20B, a gene necessary for cartilage development, they had a hunch it could impact tooth development. What they found took them by surprise. In the three years that followed, mouse models that had this gene selectively removed revealed higher states of mineralization in enamel and a little something extra: the growth of additional teeth.

“The supernumerary teeth phenotype was completely a surprise to everybody,” says Dr. Xiaofang Wang, assistant professor in biomedical sciences and principal investigator on a recently funded $1.8 million National Institutes of Health – National Institute of Dental and Craniofacial Research R01 grant that began in April.

The findings in and of themselves are a juxtaposition.

“Clinically, the presence of supernumerary teeth is a bad thing, as they may cause many complications,” Wang says. “Scientifically, it is a good thing, because it reminds us that if we figure out the mechanism, we may use it to regenerate teeth, and of course, prevent supernumerary teeth.”

For the next five years, funding will allow Wang’s lab to study the signaling mechanism that underlies the formation of supernumerary teeth. It’s something that remains poorly understood. But Wang’s team and collaborators hope to change that.

Wang is confident that findings will help advance our understanding of what is happening at the molecular level with regard to supernumerary tooth formation, but he also suggests a broader application. These extracellular components known as proteoglycans that help control signaling in tooth development are present in nearly all tissues, which could shed light on problematic conditions in multiple body systems.

With cell lineage tracing expertise through the lab of Dr. Ophir Klein, professor at the University of California – San Francisco School of Dentistry and transgenic mouse models provided by the Stowers Institute in Kanas City, Missouri, partnerships for the project span the country.

A third collaborator, Dr. Rena D’Souza, former biomedical sciences department chair and now associate vice provost for research at the University of Utah School of Dentistry, shares her expectation in a support letter to Wang:

“This novel link between proteoglycans and the regulatory signaling cascades that govern tooth formation is very exciting, as it opens a new window for the regulatory mechanism of tooth development,” she writes.

Because of the extremely complicated nature of the signaling network, Wang doesn’t want to presume findings could directly lead to new strides in tooth regeneration — or on the other end of the spectrum, prevention of additional teeth — but he does offer one possibility: that the findings may enhance our knowledge base in both of these areas.

The NIH funding to further study FAM20B is just one advancement in a series of activity surrounding research at the College of Dentistry on molecules in the protein family FAM20. In 2012, efforts to study FAM20C, which regulates all four types of mineralized tissues, received a boost with $1.8 million in NIH funding.

What qualifies as a dental emergency?
Subscribe TodayStay up-to-date on the latest heath care topics