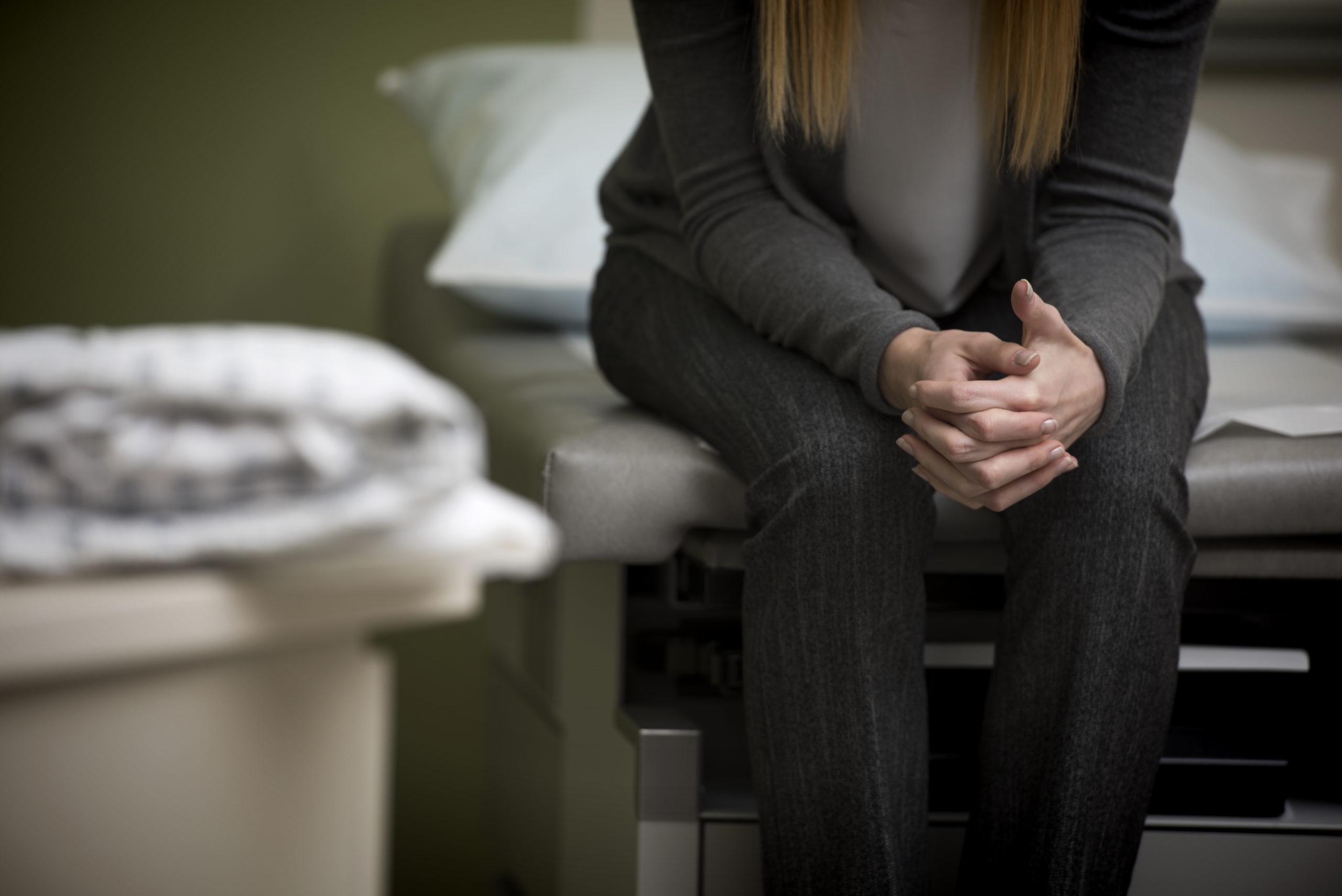 Autoimmune diseases are a profound medical mystery. Often described as a disorder that occurs when the body’s immune system attacks healthy body tissue, experts report more than 80 different types of autoimmune disorders. The exact cause for many of these immune irregularities is unknown, however, experts believe genetic and environmental factors play a role.

Adding to the mystery, biological sex affects a person’s likelihood of developing an autoimmune disorder. Approximately 8 percent of the population has an autoimmune disorder, 78 percent of which are women. “We have known for years that women suffer from significantly higher rates of autoimmune disease,” said Matt David, a second-year medical student at the Texas A&M College of Medicine. “It is time to start looking at the bigger picture and find out why.” Hoping to be a part of the solution, David wrote about an idea—an idea so innovative and promising that Cell Press­ published his article in Trends in Genetics.

David wrote in response to a new disease model proposed in Trends in Genetics titled, “The pregnancy pickle: Evolved immune compensation due to pregnancy underlies sex differences in human disease.” To understand his ideas, it is important to understand the pregnancy compensation hypothesis, which was published by a team of researchers at Arizona State University Center for Evolution and Medicine in July 2019.

When a cell from an organism other than your own body enters your body, the proteins and sugars outside the cell trigger the immune system to attack it as a foreign invader. As a result, pregnancy presents a different kind of problem from an immune perspective. Unlike laying an egg where the baby is grown outside the body, humans have a highly placental pregnancy. “Humans have an almost invasive level of placenta communication where the unique cells from the baby or the mom are at risk of crossing over to the other,” David said. “If the baby’s cells cross over, the mother’s strong immune system could attack the baby in utero as a foreign invader.”

To circumvent the mother’s immune system, babies in utero have a maternal-fetal blood barrier that protects from contact between the mom and the baby. Through a layer of fused cells, the mother can pass oxygen from her blood to the baby’s blood without actually exchanging blood with the baby. The baby has its own blood and takes the oxygen trapped at the placenta.

Thus, mothers have developed a very unique immune system. Over time, their immune system has grown to protect the body from foreign invaders, but essentially ignore the foreign baby in utero. The article explains how these tendencies are the root of certain sex differences in human diseases.

Viruses are a group of tiny parasites best known for causing common diseases like the cold and flu. Unlike bacteria, they cannot live on their own, so they depend on their host’s cellular machinery, which they use to create replica viruses. The most notorious viruses, David explained, are retroviruses like HIV that insert their own DNA inside the DNA of their host. After a human cell has been infected with a retrovirus, each time the cell copies itself—not even trying to copy the virus—the host copies the retrovirus-altered DNA with it. The new cells contain retrovirus DNA.

While most retroviral infections only affect the cells of the body, some serious retroviral infections alter the DNA of reproductive cells—ensuring that future offspring permanently inherit that viral DNA. A baby born to a parent carries that new DNA and inherits what is now called an endogenous retrovirus (ERV). Over time, this viral DNA may become copied, some may become inactivated and some may even be repurposed to control cell function, immune function and more. As a result, human DNA is not just littered with extinct retroviruses, but the body is specifically using some to enable us to exist.

David wanted to elaborate and dive further into the “The pregnancy pickle: Evolved immune compensation due to pregnancy underlies sex differences in human disease”. “When researchers started looking at the proteins on the maternal-fetal blood barrier, they identified one protein, syncytin, in particular,” David said. “When they sequenced the gene, they noticed the gene had the markers on it for a gene from a retrovirus. They discovered mothers used a retroviral gene to fuse the cells to create that important border between themselves and the baby. It turns out that all humans carry DNA from this extinct virus in our own DNA. It has become an endogenous retrovirus that we depend on for survival.”

For scale, humans are estimated to have between 20,000 to 25,000 genes. However, the human genome has roughly 100,000 retroviral marks on the DNA that show around 50 invasions each. “By counts, we have at least 500,000 to 700,000 places in our genome that show retroviral insertions into our DNA,” David said. “This does not mean that we each have this many active retroviral infections. It means we each inherit more than half a million spots in our DNA that are like genetic ‘fossils’ from infections of our ancestors. These leftover endogenous retroviruses are now more common in our DNA than our genes, and some, like the one used to create the maternal-fetal blood barrier, we use to actually continue our species.”

The connection between pregnancy and retroviruses

David proposed a mechanism, in some way compatible with the pregnancy compensation hypothesis, but not identical.

“In pregnancy, when cells fuse together in the blood barrier of the placenta, it expresses syncytin. Syncyntin happens to be the same type of protein the retroviruses use to meld themselves to the host cell,” David said. “However, as we know, it is also good when you are developing a protective barrier for pregnancy. By fusing the cells together around the placenta, the protein on the outside of the cells can also protect the baby from the mother’s immune system.” He notes, through natural selection, this process is preserved.

“Because healthy pregnancy, growth and development of humans now depends on endogenous retroviruses, we cannot simply plan to ‘edit them out’ of our DNA,” David said. “However, I am proposing that an unfortunate side-effect of keeping and repurposing retroviral DNA for so many important reproductive functions may create a higher susceptibility in some women to suffer from autoimmune diseases. As a result, women in their reproductive years have substantially elevated instances of autoimmune disease.” He says sometimes these endogenous retroviruses within the cells get accidentally triggered, which causes the immune system to attack.

If his proposal is accurate, researchers may be able to uncover the role that endogenous retroviruses play in the autoimmune diseases that strongly impact women. Once they know the cause of the autoimmune disease and the way men and women regulate them differently, they can begin to develop a targeted treatment to stop it or limit them. In an exciting breakthrough, this is already being done to block the endogenous retrovirus that seems to cause multiple sclerosis. David said that as researchers place more emphasis on understanding the origin of diseases, rather than just their immediate molecular or environmental causes, they will gain a profound insight into the discovery of more specific treatment mechanisms with precision medicine.

“I want to encourage medical researchers to invest their resources into discovering more about medical anthropogeny and the origin of human health,” David said. He believes human ancestry significantly impacts modern health problems and, by understanding our ancestry, we can gain a greater insight into health. “We have moved past the point where it looks like the correlation between endogenous retroviruses and autoimmune diseases is a coincidence. It is time to start looking at the bigger picture.” 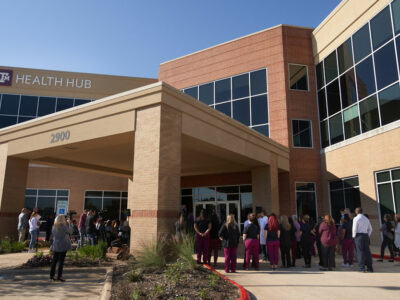 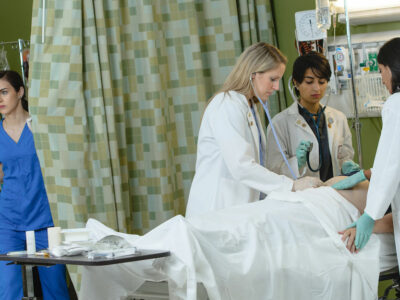