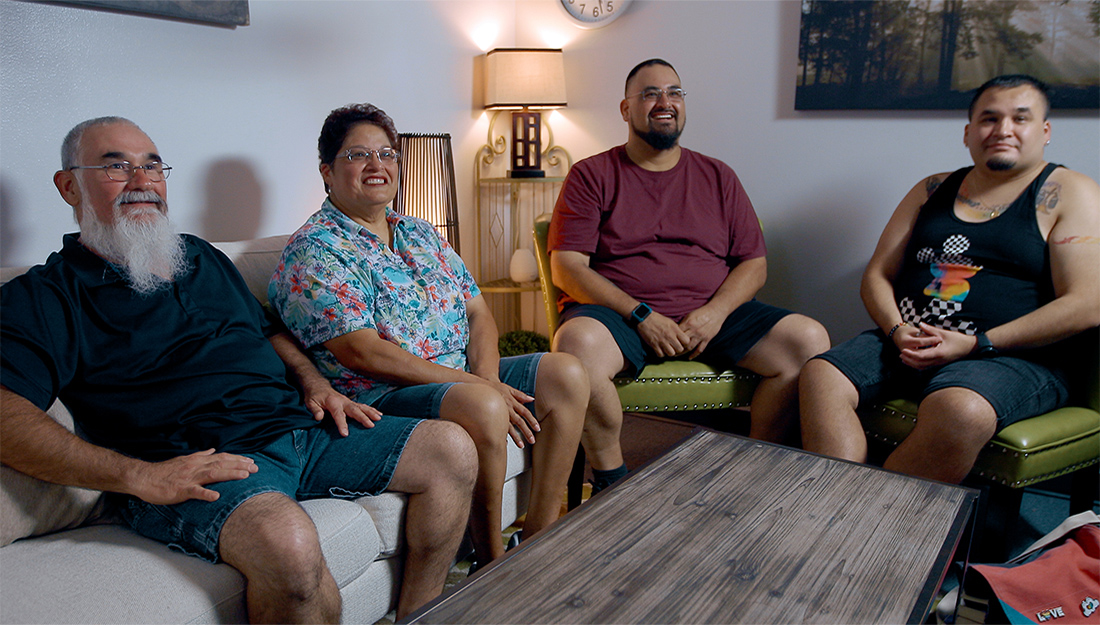 By encouraging each other, the Garcia family improved their health
October 22, 2018

Since his diagnosis of diabetes in 2014, Daniel Garcia and his family take a team approach for managing diabetes.

“One day I woke up and my foot was swollen and fat,” Daniel said. He went to work that morning despite his condition, but had to clock out shortly after arriving. “I decided to go to the emergency room because I couldn’t walk.”

As the medical staff at the hospital worked to get his blood sugar to a healthy level, Daniel noticed something was off with his vision.

“I was watching TV as they were lowering my sugar with some insulin,” Daniel said. “I noticed that I couldn’t see the TV screen.”

Though the physicians tried their best to maintain his vision, Daniel became legally blind permanently.

Getting educated on diabetes

“It was a real rough patch to go through,” said Daniel’s mother, Delphine Garcia. She had also recently received a diagnosis for type 2 diabetes. After facing her son’s life-threatening condition, she decided to look for a way to help him and the rest of her family improve their health. Hospital staff told her about diabetes self-management classes offered free of charge by the Texas A&M Coastal Bend Health Education Center.

“We went to the class and what we learned blew us away,” Delphine said. “We didn’t know it could be so easy to control diabetes.”

While in the hospital, Daniel said he had difficulty retaining all the information about diabetes he received. He said the doctors gave him so much information in such a short amount of time.

“I had a lot of questions,” Daniel said. “When I was in the hospital, I was trying to absorb everything the doctors were telling me about managing diabetes. It was hard to take it all in.”

Delphine agreed with her son. “You go to the doctor and they give you medicine,” she said. “But they didn’t explain what’s happening to you when you have diabetes.”

Daniel said the Diabetes Education Program’s health educators helped him make sense of all of the information. “I like that you can sit with somebody who can tell you exactly what is going on,” he said.

Having the knowledge and encouragement from the educators about how to manage his diabetes has helped Daniel better manage his blood sugar. “I feel like I can be independent again,” he said.

About the diabetes education class

After completing the class, participants receive yearlong support from educators in managing their diabetes. Clients can come in quarterly to receive additional A1C tests to check their progress on maintaining healthy blood sugar levels. They are also eligible to enroll in the center’s Wellness Program, a 12-week exercise program that tailors physical activity routines to individuals of all fitness levels.

After going through the yearlong program, Daniel went from taking 14 different diabetes medications to just four. However, as he was making strides toward a healthier lifestyle, Daniel’s older brother, Carlos Garcia Jr., found out he also had diabetes.

“My brother’s experience was a wake-up call for me,” Carlos Jr. said. “I saw what he went through, and it scared me into doing what I need to do to be healthier.”

Even Daniel and Carlos Jr.’s father, Carlos Garcia Sr., who doesn’t have diabetes, received education in managing diabetes to support his family’s commitment to improving their health.

“It’s been difficult here and there, but you roll with the punches,” Carlos Sr. said. “If I can help my family stay motivated by being involved, that’s a big plus for me.”

Now the Garcia family supports each other in managing diabetes by encouraging each other to eat better and exercise often. They agree that the classes taught by the Diabetes Education Program have made a positive impact on them.

“These diabetes classes are so worth it, for your life, for your family, for your health,” Delphine said. “I recommend it to everybody.” 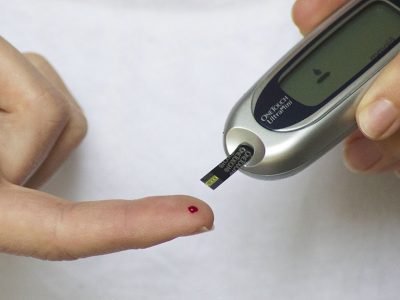 5 ways to keep diabetes under control 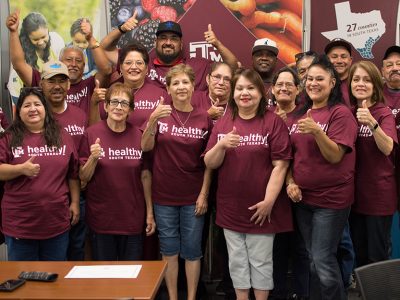