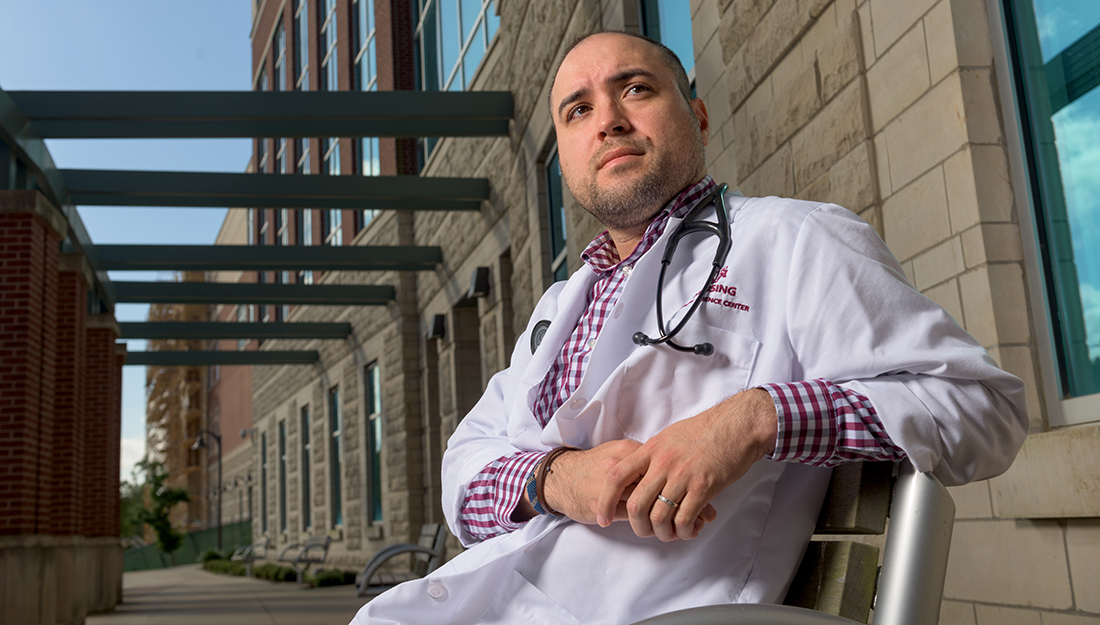 From student to faculty member

You might say that Matt Hoffman, DNP, APRN, FNP-C, and Texas A&M’s College of Nursing began their nursing careers together. In 2008, as Hoffman was finishing up his prerequisites and beginning to fill out his application for nursing school, the college admitted its first 44 students to its Bachelor of Science in Nursing (BSN) program.

“My first degree was in communications from Stephen F. Austin State University,” said Hoffman. “After graduation, I found working in public relations wildly unsatisfying, and I decided that nursing offered the sense of purpose and challenge that I wanted for my life’s work.” Hoffman began his 18-month BSN journey in the college’s Second Degree program in the summer of 2009.

The college was only one year old, and it was part of the Texas A&M Health Science Center, which was then a separate component within The Texas A&M University System. “At the time, the college didn’t have a building, so classes were held in a couple of borrowed rooms in the Reynolds Building on main campus,” said Hoffman. “I had no idea what the future held for my new career path or the young college. But, my classmates and the faculty were excited about the possibilities.”

As the college grew, so did Hoffman

An engaged student leader, Hoffman helped shape many of the practices and policies upon which Texas A&M’s College of Nursing was established.

“Because the college was so new, questions about how things should be done kept coming up, and the faculty and administrators sought input from students before many of the decisions were made,” said Hoffman. “Among the most enduring policies that I advocated for was to establish a rule about adopting a uniform grading system. In the beginning, some professors graded on a curve, while others did not. Regardless of how one feels about grading on a curve, the inconsistency wasn’t fair to all students. So, with broad input from students and faculty, the college adopted a standard grading scale with no curve.”

While pursuing his BSN, he learned something about himself that would define the trajectory of his nursing career. “We had a tight cohort, and we would often meet in small groups to study,” said Hoffman. “We took turns ‘teaching’ each other the concepts that we individually understood the best. It helped us learn the materials, and I discovered that I enjoyed teaching.”

Encouraged by his early teaching experiences and inspired by several faculty, Hoffman became the first BSN graduate of the Texas A&M College of Nursing to return as a faculty member. He earned a Doctor of Nursing Practice in Family Practice and is currently a clinical assistant professor, teaching pharmacology and pathophysiology courses. “My experiences as a student at the College of Nursing help me connect with students on a more personal level,” he said. “I can tell our students that I have literally sat in their seats, and I understand the challenges they face.”

Nursing students have long days in the classroom, in their clinical rotations and studying. As one might expect, time and money are often their biggest challenges. “When I was an undergraduate student at Stephen F. Austin, I received scholarships that supported my academic success,” said Hoffman. “At just 10 years old, the College of Nursing is a young institution, and we haven’t historically had many scholarships to offer nursing students.”

Scholarships can certainly help pay for tuition and living expenses, but scholarships also help students with time management. “When students have enough money to cover their bills, they aren’t forced into dividing their time and energies between earning enough money to put food on the table, or preparing for an exam or clinical rotation,” said Hoffman. “Instead, they can focus on becoming the best nurses possible, which ultimately helps patients.”

“We are so proud of Professor Hoffman,” said Dr. Nancy Fahrenwald, dean of the Texas A&M College of Nursing. “He exemplifies the high caliber of students that we routinely graduate in our bachelor’s and master’s programs. We have many deserving students, but only a fraction of the scholarships that are needed.”

For some students, a scholarship may make the difference in whether or not they achieve their dream of earning a nursing degree. “One of our top priorities is to identify individuals who have an affinity for nurses and the work they do, and who can establish or contribute to scholarships,” said Fahrenwald. “The goal is to establish 10 new nursing scholarships during the college’s 10th anniversary year, which ends on December 31. Now, wouldn’t that be something to celebrate!”

This story, written by Diane L. Oswald, was originally published by the Texas A&M Foundation. 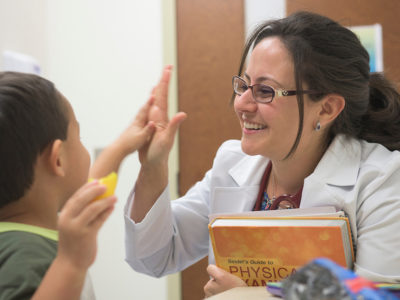