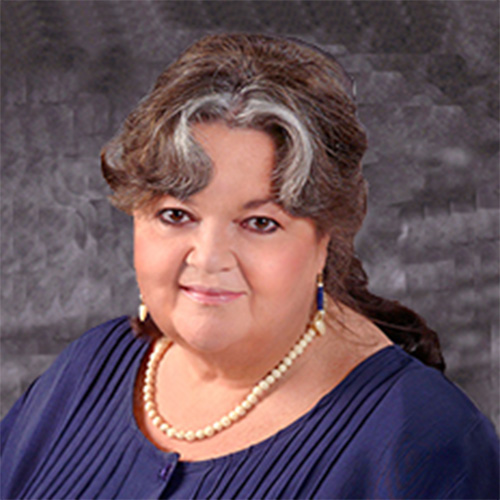 (COLLEGE STATION, TX) — Two faculty members at the Texas A&M Health Science Center have been named the latest recipients of the prestigious Regents Professor Award, including the first from the HSC-School of Rural Public Health.

Catherine Hawes, Ph.D., professor in the Department of Health Policy and Management at the HSC-SRPH, and William W. Hallmon, D.M.D., M.S., chair and professor of the Department of Periodontics at the HSC-Baylor College of Dentistry, received the award at the Nov. 30 meeting of the Texas A&M University System Board of Regents. In all, nine A&M System faculty members were designated Regents Professors for 2005-06.

Established in 1996, the Regents Professor Award is bestowed annually by the Board of Regents in recognition of awardees’ exemplary contributions to their university or agency and to the people of Texas. Since its adoption, 89 faculty members from universities, agencies and the HSC across the System have been recognized with the award.

Dr. Hawes is an internationally recognized expert in long-term care, with particular attention to quality of care. Her numerous awards and accolades are testament to her devotion to the quality of care for the elderly and infirm.

“I feel honored to receive this award from the Board of Regents,” Dr. Hawes said. “I was especially touched by the letters of support written by some of my students during the nomination process. Being part of their education and professional development is an incredibly rewarding experience every day.”

Ciro Sumaya, M.D., M.P.H.T.M., dean of the HSC-SRPH, said, “Dr. Hawes has an excellent reputation as an outstanding teacher and is known internationally for her research efforts directed at advancing the quality of life for the elderly. Her expertise has been of major value to legislators and healthcare policy-makers. It is our privilege to have Dr. Hawes as a colleague in the SRPH family, and we congratulate her on such an outstanding accomplishment.”

Dr. Hawes has provided expert testimony several times to the U.S. Senate Special Committee on Aging and the Senate Finance Committee; conducted congressional staff briefings; and testified to the state legislatures of Arkansas, Iowa, Maine, New Hampshire, North Carolina, Ohio and Pennsylvania. She was a member of the National Academy of Sciences Institute of Medicine’s Committee on Nursing Home Regulation – whose recommendations were adopted by Congress as the nursing home reforms contained in the Omnibus Budget Reconciliation Act of 1987 – and was appointed by Texas Gov. Rick Perry in 2004 to serve on the Nursing Facility Quality Assurance Team and make recommendations for improving nursing home quality in the state.

Dr. Hawes also has been recognized by the Institute for Scientific Information as a leading scholar in her field, among the top one-half of one percent of all published researchers worldwide in each of 21 categories “who have demonstrated great influence in their field” and “made fundamental contributions to the advancement of science” as measured by citations to their work. She also led a team of researchers who developed an assessment system used in all U.S. nursing homes to develop resident’s care plans and evaluate the quality of care. This tool has been translated into 22 languages and is now used in 19 other countries.

As for Dr. Hallmon, as director of the HSC-BCD Graduate Program in Periodontics from 1993 to 2001, he had one of the department’s most demanding teaching loads. He has served on 45 thesis committees and initiated the HSC-BCD Externship in Periodontics in 1999. His research grant funding of more than $440,000 since joining the college has helped establish it as a leader in clinical periodontal research, and many of his students have been recognized with prestigious research awards.

Dr. Hallmon also has been instrumental in college accreditation and commendations from the American Dental Association. He co-organized the annual International Symposium in Periodontics at the HSC-BCD and the one-year international continuing education course in periodontics that began in 1995.

As part of the department’s 50th anniversary in 2005, Dr. Hallmon established the Periodontal Resident Endowment Fund to support resident education and co-authored part two of a book, The History of the Post-Doctoral Periodontics, Baylor College of Dentistry. His many publications include 45 scientific papers, three book chapters and a text on periodontics used throughout the United States as a residency training guide.

Dr. Hallmon has served as a reviewer for five journals, a member of the editorial boards of two other journals and provided more than 90 invited/continuing education programs. He is a member of several professional organizations, among them the American Academy of Periodontology, for which he has served on 18 committees, including those establishing national curriculum.

Prior to joining the HSC-BCD in 1993, Dr. Hallmon had a distinguished 24-year teaching career with the U.S. Air Force, most recently as chair of its Advanced Training Program in Periodontics in San Antonio.

Award recipients are designated as Regents Professors for the duration of their service or employment within the A&M System, provided a $9,000 stipend payable in $3,000 increments over three consecutive years, and receive a special medallion bearing the seal of the A&M System and a framed certificate signed by the chancellor and the chairman of the Board of Regents.

HSC faculty Stephen H. Safe, Ph.D., director of the Center for Environmental and Genetic Medicine at the HSC-Institute of Biosciences and Technology; and John M. Wright, D.D.S., vice chair of Diagnostic Services at the HSC-BCD, were named Regents Professors last year.

The Texas A&M Health Science Center provides the state with health education, outreach and research. Its six components located in communities throughout Texas are Baylor College of Dentistry, the College of Medicine, the Graduate School of Biomedical Sciences, the Institute of Biosciences and Technology, the Irma Lerma Rangel College of Pharmacy, and the School of Rural Public Health.