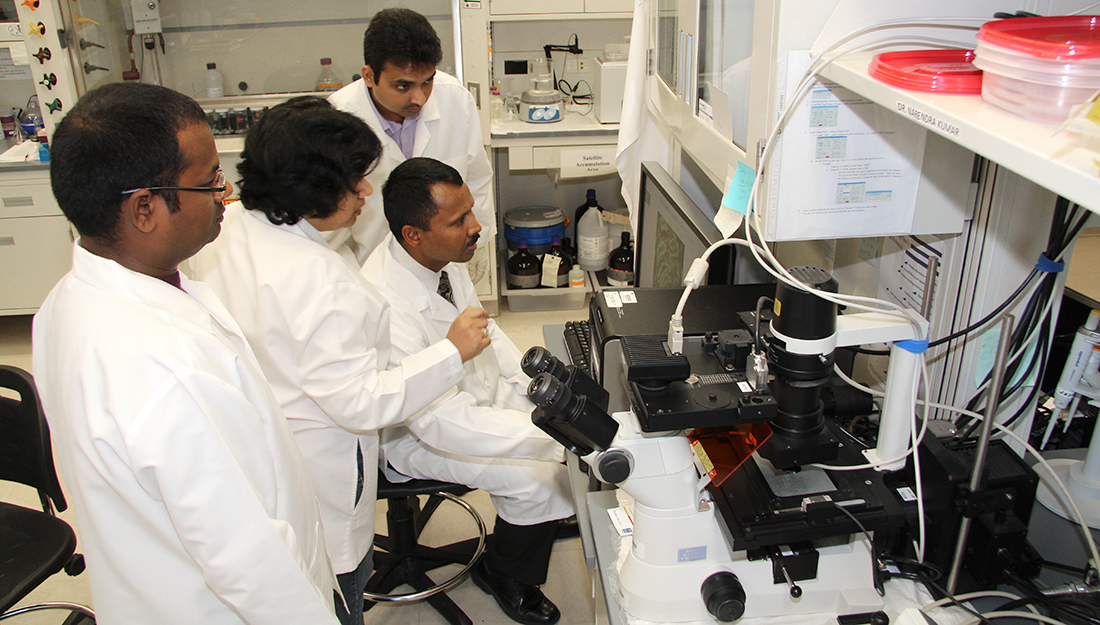 Horizons of hope for people at risk of colorectal cancer

What if we could detect colorectal cancer even before its onset? What if you could find out noninvasively whether you are developing colorectal cancer—as early as a decade before the disease would show up through a colonoscopy? Researchers at the Texas A&M Irma Lerma Rangel College of Pharmacy are working on develop biomarkers that could do just that, based on their recent findings, published in the Journal of Biological Chemistry, about the mechanisms of colonic polyp formation.

Colorectal cancer is the second-leading cause of cancer-related deaths in the United States, after lung cancer. Colonoscopies are important, but they’re not always enough. “Too often colorectal cancer is discovered at a very late stage, which leaves the patients with a poor prognosis,” said Narendra Kumar, PhD, associate professor of pharmaceutical sciences at the Rangel College of Pharmacy and corresponding author of the article. “The big question is, how can we detect it earlier?”

To answer that, the researchers first had to understand why colorectal cancer occurs in the first place. “It all starts from small inflammation,” said Kumar, whose earlier work has focused on inflammation in the gut. “Much of our immune system resides in the gut. The immune system is a kind of fire, and microbiota is the fuel, and they must be kept separated in the intestine because if they combine, then boom! You have a blast.”

In most people, the immune system and the microbiome are kept separate by a single layer of epithelial cells called intestinal mucosa. However, if there are problems with this lining, at first it causes acute inflammation and if not resolved right away, than it leads to chronic inflammation, leading to Crohn’s disease and ulcerative colitis, which in turn lead to an increased risk for colon cancer.

“Everyday food that we eat many times causes a slight erosion of epithelial lining of the intestine and it creates a small wound,” Kumar said. This causes localized inflammation, but in healthy people, these injuries are repaired very quickly through a process called intestinal restitution or intestinal wound repair.

“When the gut is injured, the epithelial cells lose their structure and look more like mesenchymal cells in a process called epithelial mesenchymal transition,” said Jayshree Mishra, PhD, research assistant professor at the Rangel College of Pharmacy and first author of the paper. The surviving cells around the injured area start migrating to cover the wound, and if there aren’t enough of them, then they start proliferating, or increasing in number, until they do have enough cells to cover the injured area. Once the wound is covered, the cells start differentiating back into their normal cell type so that all of the cells, new and old, can function well as part of the epithelium.

“Cells have to know when to stop proliferating and start differentiating,” Kumar said. If they don’t, it causes a colonic polyp, or tumor, and if not detected in a timely manner or if the inflammation continues, then it leads ultimately to colorectal cancer development. “We have now published research that shows the mechanism that facilitates the cells to stop proliferating and transit into differentiation mode.”

The interprofessional research team Kumar leads is in the process of patenting the biomarker-based technology that can detect genetic changes that cause the ‘stop proliferating’ signal to fail. Cells with these mutations would be highly likely to turn cancerous, so the ability to detect them—when they are just a few errant cells—could make the diagnosis of colorectal cancer much earlier, before the cells have become large polyps that can be seen in a colonoscopy. The next step is to further test it clinically in large cohort of patients, so the researchers have partnered with CHRISTUS Spohn Health System.

Still, the researchers are optimistic that it will work because they have already tested the proof of the concept using a wide range of models—from the test tubes to human colorectal cancer cells to actual human colonic polyps—to reach their conclusions. The team of pharmacists, clinicians and basic scientists found that the human polyp samples verified the changes in genetics and subsequent signaling that they had seen in the cell culture. “It was very exciting to see that the molecule we expected to be decreased—based on our new understanding of the mechanism of cell proliferation—actually was,” Mishra said.

“We hope the technology will be able to detect at least 10 years before colon cancer can be found via colonoscopy,” Kumar added. “Whatever we do in the lab, at the end of the day, we must use all of our resources to help better the life of patients, and if you can increase the life expectancy of even a few persons, the research is worth doing.” 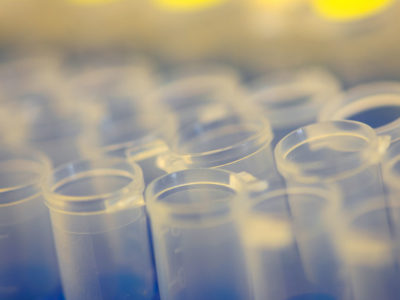