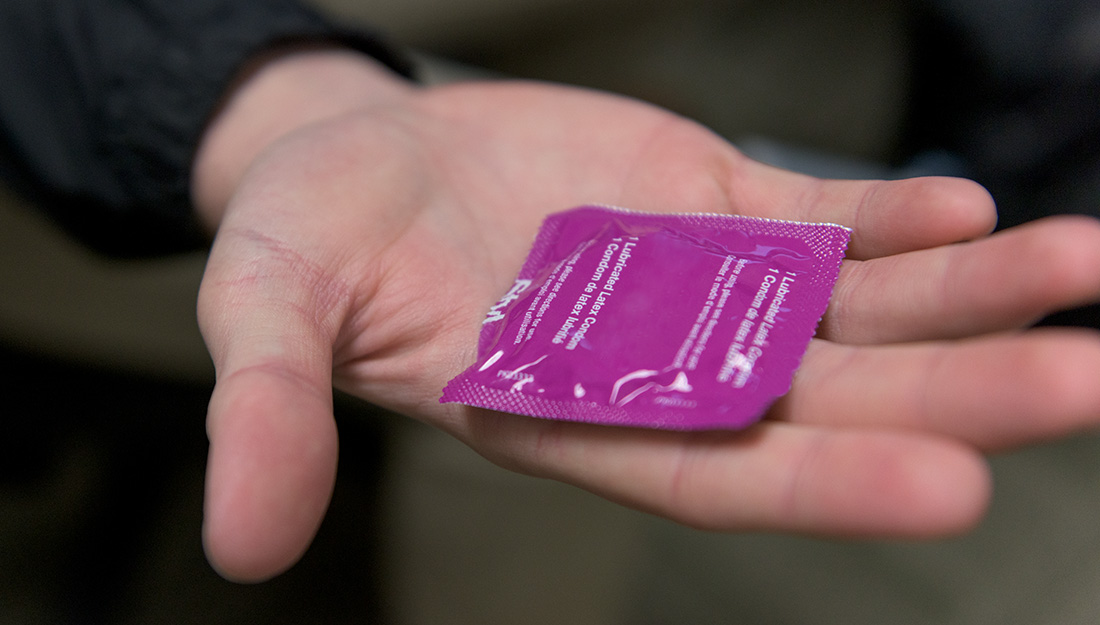 One-size-fits-all approach to prevention not the answer
February 11, 2019

Sexually transmitted infections (STIs) are a serious yet largely preventable health risk, especially for adolescents and young adults, who make up half of all new STI diagnoses in the United States. Risk reduction efforts targeting risky sexual behavior, such as inconsistent condom use, have been somewhat successful; however, effectiveness varies by race and gender, pointing to a need for such programs to go beyond behavior alone.

A new study published in the Journal of Adolescent Health examined multiple factors such as race, gender, mental health, drug use and sexual behavior, to see how the co-occurrence of these factors affects STI rates in young adults. In this study, lead author Ashley Hill, a doctoral candidate at the Texas A&M School of Public Health, along with other researchers from the School of Public Health, Temple University and the University of Pittsburgh, analyzed a nationally representative set of young adults to determine how these factors come together to affect STI risk. Hill recently received the 2018 Sexual and Reproductive Health Section poster award on this research at the American Public Health Association conference.

The core of syndemic theory is that social and environmental factors, each of which may have their own effect on health, interact and co-occur to produce a more complex disease state. Additionally, these interactions can be enhanced by social disparities such as those involved in socioeconomics, race and gender.

“Syndemic theory has been applied widely in studies of HIV risk to better understand the specific situations of individuals at increased risk for acquiring the infection,” Hill said. For example, Hispanic and African-American women have higher STI incidence rates than non-Hispanic white women even after accounting for individual risk factors such as sexual behavior, mental health and drug use.

“Broadening the scope of syndemic research to include a focus on other more prevalent STIs, such as chlamydia, may allow for a broader application of implications from the research,” Hill said. Having a better syndemic understanding of STI risk factors could lead to more effective and culturally appropriate interventions for reducing these risks in populations that have not been well served by behavior-focused risk reduction efforts.

Hill and colleagues focused on subjects between the ages of 18 and 25 who had been tested for STIs. For each subject they collected data on socioeconomic factors, such as family income and education level, as well as race and ethnicity, sex, mental health, drug use, alcohol use, tobacco use and sexual behaviors. They analyzed these data and found about 10 percent of the subjects had tested positive for an STI. Approximately seven percent reported depression symptoms, eight percent drank alcohol to excess and more than 30 percent smoked. Additionally, approximately two-thirds of the subjects reported inconsistent condom use, defined as at least one incidence of not using a condom in the past year.

“Using a syndemic approach to develop STI prevention strategies is the best way to ensure interventions will be tailored to the needs of the individuals with the highest morbidity,” Hill said. “Understanding these co-occurring and increasingly challenging factors will allow public health practitioners to address a complex set of issues an individual may be facing, while contributing to the development of sustainable prevention strategies.”

Further research on this topic, especially for people under the age of 18, is needed to gain a better understanding of the complex interaction of social, environmental and behavior factors involved in the seemingly increasing STI rates. However, this study paves the way for further research into syndemics of STIs and indicates the need for STI risk reduction efforts that go beyond a one-size-fits-all approach. Addressing the various factors at work in different groups will ultimately produce culturally appropriate and effective interventions for a serious risk faced by young adults.