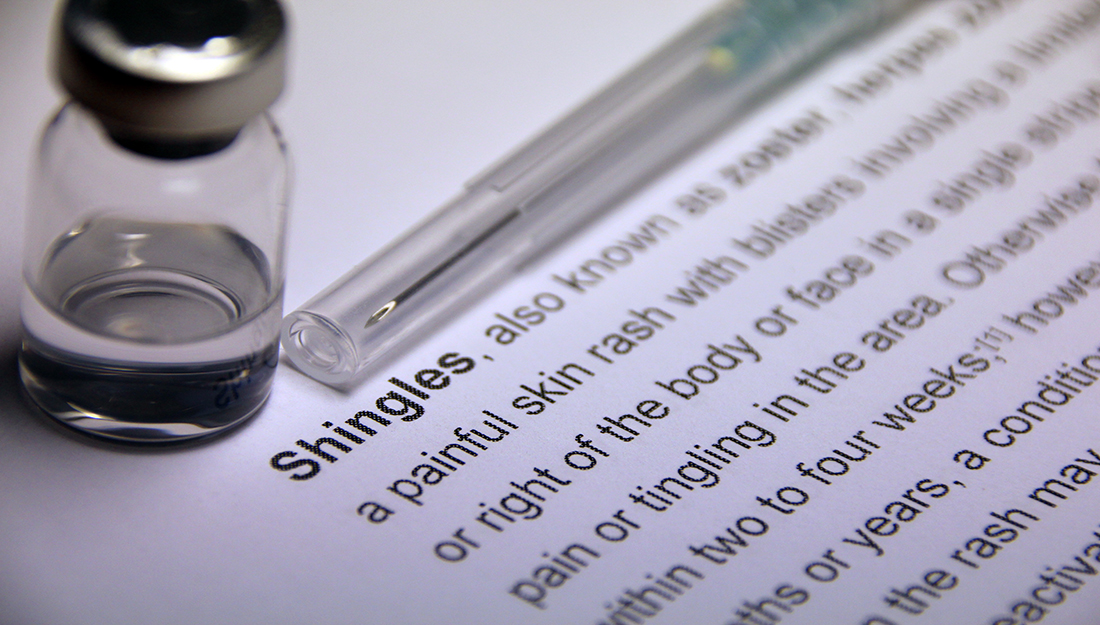 In pursuit of a cure for shingles pain

For many of us, chickenpox was practically a rite of passage in childhood. Prior to the varicella vaccine’s arrival in 1995, the virus that causes it infected nearly 4 million people per year. And although the vaccine has made huge strides for future generations, one-third of Americans who have had chickenpox will experience a resurgence of the varicella virus, typically in late adulthood. Decades after initial infection, the virus can reactivate from after ‘hiding out’ in a person’s sensory nerves, leading to a telltale blistering rash characteristic of shingles, or herpes zoster. Most often, it crops up on one side of the body or face. Once the immune system clears the body of shingles — a process that can take several weeks — pain persists in the nerve fibers and skin. Damaged nerves can no longer signal the brain as they once did. Instead, pain messages fill in the gap. Referred to as post-herpetic neuralgia, this burning, jabbing, deep and aching nerve pain has no cure, can last for months or even years, and can be so debilitating that it can lower quality of life and result in withdrawal from society.

Researchers at Texas A&M College of Dentistry are working to change that.

Approximately $1.25 million in National Institutes of Health funding has been awarded to Dr. Phillip Kramer, professor in biomedical sciences at Texas A&M College of Dentistry, to study the role of Gabaergic genes in modulating pain. New technologies will allow Kramer’s team to gain images of individual neural cells during pain testing. They’ll begin with the thalamus, which acts as the brain’s hub for pain perception, but hopes are to explore the entire pain pathway within several brain regions to determine how and why differences exist with post-herpetic neuralgia between men and women.

“Interestingly, women report post-herpetic neuralgia pain more often than men, leading us to speculate that sex steroids play a role,” Kramer explains. “We are exploring estradiol’s effect on pain as it naturally occurs. We hypothesize that estradiol protects against pain, and that higher levels of estradiol lead to a reduced pain response but that lower levels of estradiol result in greater pain. For example, pregnant women often report a reduction in pain, and this is a time of increased naturally-occurring estradiol.”

To study pain responses associated with shingles, Kramer collaborated with University of Pittsburgh virologist Dr. Paul Kinchington to develop a clinically relevant zoster pain model. Because shingles often attacks the face and eyes, Kramer scrutinized the mechanisms of zoster pain in the faces of male and female animal models and learned that not only are female animal models more sensitive to varicella zoster pain, sensitivity increases at times when estrogen is low, including aged models. This mirrors the pattern in postmenopausal women 55 and older.

Kinchington, who has been studying varicella zoster for more than 30 years, likens the ensuing pain cycle associated with shingles to a hit-and-run.

“The virus comes along and causes shingles; it does some damage, and that damage causes pain,” says Kinchington, professor in ophthalmology and in molecular microbiology and genetics at the University of Pittsburgh. “These models Dr. Kramer and I are working with may allow us to figure out why the virus triggers pain, and what it does in the neurons to cause the pain signals.”

The two started working together several years back when Kramer’s lab shifted its focus from animal models with temporomandibular joint pain to focus on shingles-related pain, in part because of the prevalence of the condition. This is the third grant Kramer and Kinchington have collaborated on in efforts to better understand the virus and why it causes pain. The goal is to develop a solid foundation for future treatments.

“There’s a set of drugs traditionally prescribed,” Kinchington says, “but they don’t work for all people all of the time, and a lot of the time zoster pain patients don’t get any benefit from any of the current therapies and treatments.”

Kramer emphasizes that while the shingles vaccine is most effective at keeping shingles — and ensuing facial pain — at bay, it’s not 100 percent effective.

Instead, Kramer offers a glimpse into the potential approaches to treating zoster: Modulating the expression of the genes that estradiol affects.

This story by Jenny Fuentes originally appeared in Dentistry Insider.