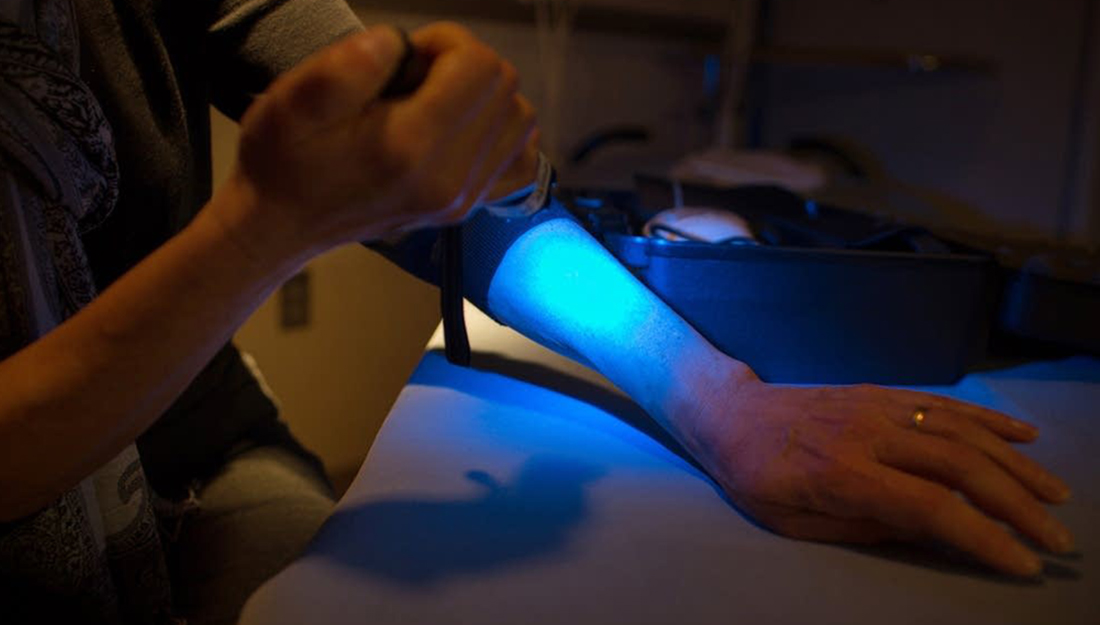 Studying an innovative technique in the forensic nursing toolkit: Light

How different wavelengths of light can illuminate otherwise-invisible bruising
January 24, 2017

When someone is physically hurt, their bruising is a way to corroborate what they say happened, to “prove” to the outside world that a trauma occurred. But what happens when these markers are invisible to the naked eye in normal room lighting?

It may be possible that a different type of light can show escaped blood under the skin—which is all a bruise really is—as darker than the tissue around it. “These techniques have been used clinically for many years in forensic nursing practice,” said Daniel J. Sheridan, PhD, RN, professor at the Texas A&M College of Nursing. “It’s especially useful for very dark-skinned patients because their bruising tends to not show as well.”

Sheridan sees these differences in the visibility of bruises as a health disparities issue. “You can have someone who is very dark-skinned and therefore the whole system sometimes minimizes what happened because you can’t see the damage,” Sheridan said. “At the same time, a very light-skinned person with an identical injury might be taken much more seriously.”

However, there hasn’t been enough research to formalize the science behind the technique and answer some questions about how different factors—such as skin color and the age of the injury—can affect its usefulness.

Sheridan has partnered with his former doctoral student, Katherine Scafide, PhD, RN, now an assistant professor at George Mason University (GMU), to begin a multi-site randomized clinical trial to answer some of these questions. They were awarded a two-year grant from the United States Department of Justice for the project.

“We will also study the effect of gender, the presence of subcutaneous fat at the injury site and properties of the bruise itself, like its size and color, on specific wavelength performance over time,” Sheridan said.

The research will involve dozens of healthy adults of different skin tones who have volunteered to be shot in the arm with a paintball pellet. “We know that paintballs cause a deep bruise,” Sheridan said. “We can track accurate color changes of that bruising over time using another tool called a spectrophotometer.” For comparison, those same subjects will then be slightly bruised on the other arm using a ball baring.

Sheridan and his colleagues will then examine both arms of each person using both ambient and alternate light of different wavelengths a total of 21 times over the four weeks after the injury. Scafide will collect the identical data on a similar cohort of healthy adults at GMU. A smaller group—about 30 of the volunteers—will continue to be monitored by Scafide for the next month after that, or until the bruises are no longer visible using any method. “It will hopefully establish, once and for all, that using alternative light to inspect bruises is a valid practice,” Sheridan said. “We hope our results can guide forensic science and criminal justice policy to make this evidence important in the courtroom, to add credibility to the history of patients who have had multiple victimizations.” 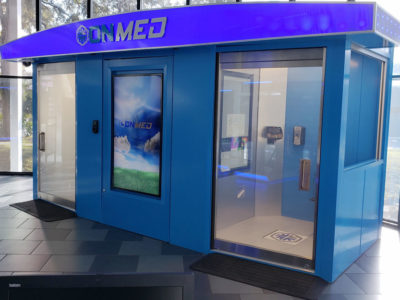 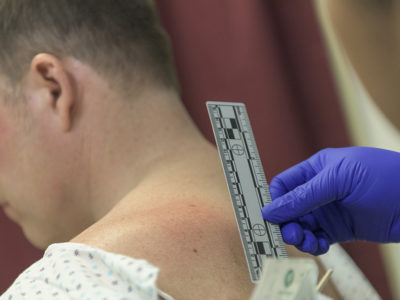 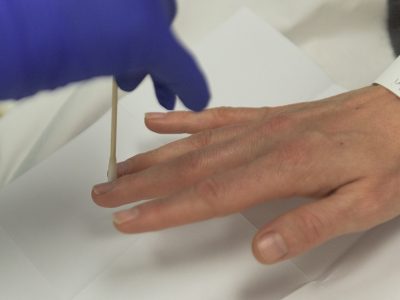 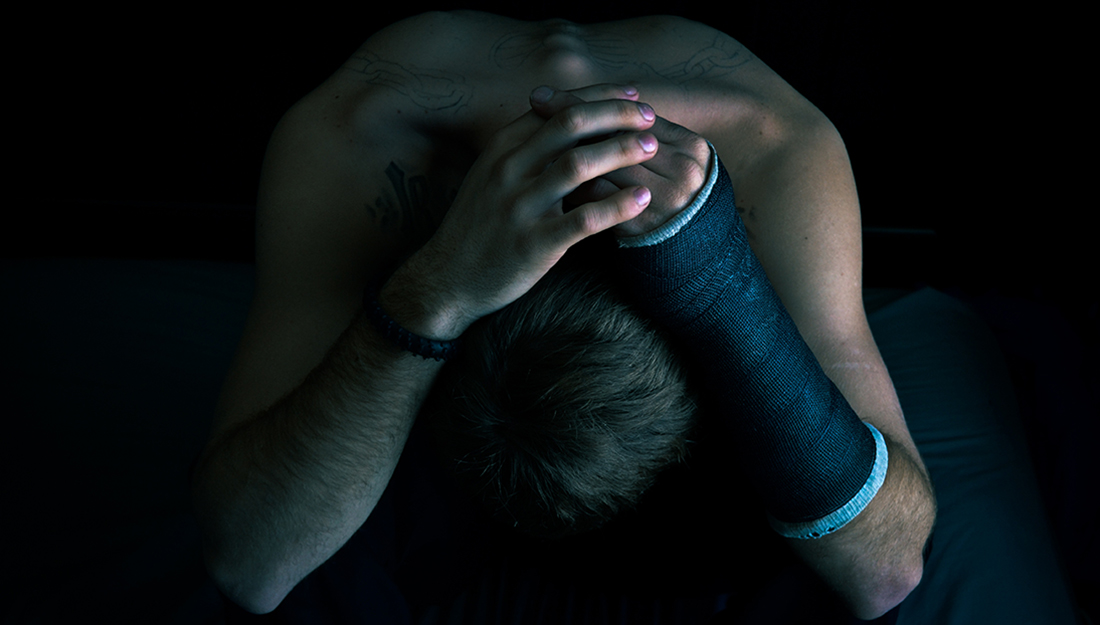