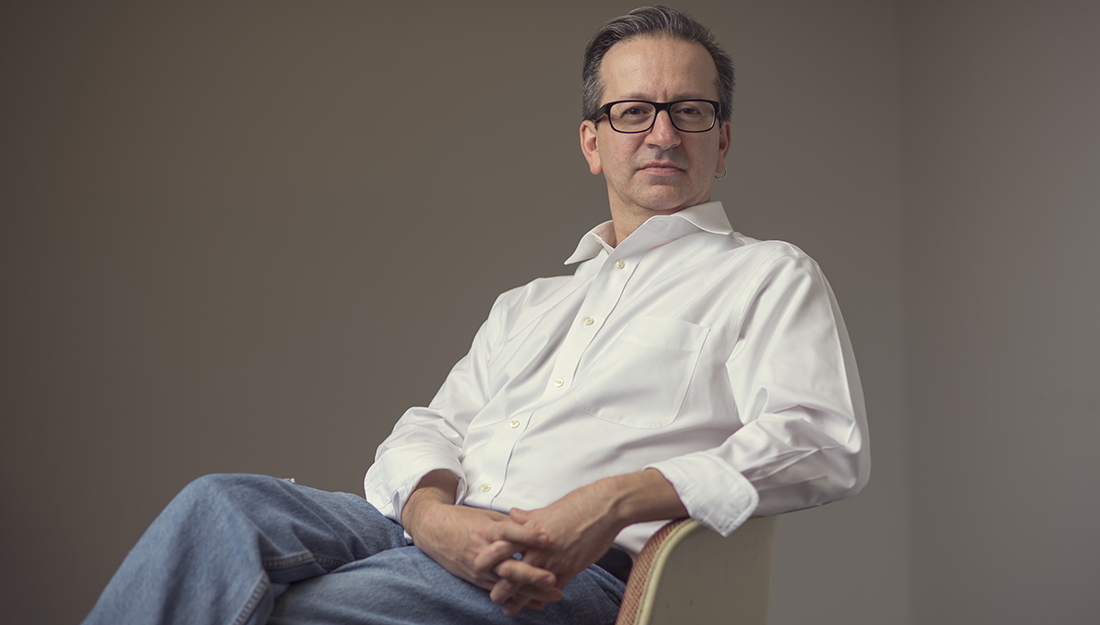 Texas A&M College of Medicine researcher found his passion and a way to transform medicine by studying the universe of microbes that live with us
July 26, 2017

In a lab at Texas A&M, researchers are hard at work in a sea of plastic tubes, dishes, microscopes and complicated-looking machines. You can’t see what it is they’re looking at; it’s invisible to your naked eye. But you get the distinct sense that whatever they’re working on is important – and it is: they’re finding the key that unlocks the future of medicine.

Within that lab, Robert C. Alaniz, PhD, research assistant professor at the Texas A&M College of Medicine, is fulfilling a life-long goal to learn how our body systems work, and ultimately how he can make life better for others. He’s devoted his career to studying the tiny organisms that live in and on our bodies, the human microbiome, or as he likes to call it “the medicine cabinet in our own bodies.”

As a child, Alaniz was interested in how animals and insects were “put together”. He enjoyed learning about them and seeing how they worked, and that eventually led him toward a career in medical research. “I thought it would lead me toward clinical medicine,” Alaniz said. “But I soon found out it was really the basic research that drove my intense curiosity, and at a very early age I became very immersed in the biomedical sciences.”

Alaniz eventually chose to study infectious diseases—particularly how a host combats infectious diseases. As his path continued, and he learned more and more, he understood that immunology (the study of the human immune system) is the critical element for preventing infections with potentially pathogenic microbes and for preserving our overall health.

Now, Alaniz is a professor in the Department of Microbial Pathogenesis and Immunology in the Texas A&M College of Medicine and director of the Cell Analysis Facility. His work centers on the human microbiome, or microbiota, which is the community of symbiotic organisms that inhabit the human body, either internally or externally. From this work, he also created the innovative Core for Integrated Microbiota Research to enable TAMU investigators to pursue their research related to the microbiota.

“This community of microbes has co-evolved to live with us in a symbiotic and beneficial manner over millennia,” Alaniz said. “The same is true for many other complex species, and what we’re learning now about our own microbiota is that it’s an integral partner in our overall health and physiology. To avoid research on the microbiota in health and disease, is to avoid the future of biomedicine.”

Alaniz’s lab at Texas A&M is trying to answer more questions about the microbiome. Most of these questions are related to the mechanisms that the microbiota uses to promote health, or—when dysregulated—cause disease.

“One of the nice things about my job and what I love about being a biomedical researcher is that every day I get to come in and ask a new question. The hard part of my job is figuring out a clever way to answer that question,” Alaniz said. “Mother Nature has created an extraordinary number and network of elegant biological systems, but it’s up to us to try to figure out what Mother Nature had intended.”

Alaniz has a great love for those moments in research, when he and his team are met with surprises and “eureka” discoveries on the path to answering all those questions. “I really enjoy those moments of epiphany,” Alaniz said. “In fact, when we have moments like that in the lab, I purposefully have a disco ball ready. That way when a student makes a discovery or overcomes a challenge we’re all happy and we put on the disco ball to celebrate.”

“We’ve learned that the microbiota, when they’re in a healthy state, that overall human health is also very good,” he said. “However, when the microbiota is disrupted, there are ramifications to overall health.”

Disruption of the microbiota often means reducing their number or limiting their diversity. This can occur from being overly hygienic, overuse or improper use of antibiotics and changes in diet. Changes to the microbiome can have significant and lasting ramifications.

“While this understanding has become more appreciated recently, what is still unknown are what compounds or biochemicals may be produced by the microbiota and how these biochemicals are signaling to our own host cells,” Alaniz said. “My research has really revolved around that simple question: What are the compounds the microbiota produce? How do they signal host cells? And how do we determine whether these signals are beneficial or harmful?”

A new way of looking at disease—and treatment

Researchers who study microbiota have found that some diseases are strongly linked to microbiota in new and important ways, particularly through inflammation – one main weapon of our immune system.

For example, something like obesity and diabetes are thought of in terms of “over-nutrition” or “bad eating habits” that cause weight gain and an imbalance of the glucose homeostasis, but what medical science is discovering is that it is linked with inflammation. Inflammation can be prevented by the microbiota, however when a person is on a diet that promotes obesity that microbiota can actually promote inflammation and therefore promotes and exacerbates obesity and diabetes.

In finding new ways to understand diseases, how the microbiota can affect it and the way the human body deals with those diseases, Alaniz is also looking at the next step: how to find solutions that can help people.

“In my research around the microbiota, we’re discovering new compounds that may have drug-like properties,” Alaniz said. “We believe that they will be a new generation of drugs that are not only more functional, but also safer and less toxic, and the reason we believe the compounds we’re discovering from the microbiota may behave in this manner is that they’re already inside us.”

Some of the compounds that Alaniz discovered in his lab have anti-inflammatory properties and also appear to regulate metabolism. He and his team have done some early studies to determine whether new compounds derived from the microbiota would have a benefit in obesity and diabetes in animal models. In doing those experiments, in collaboration with some faculty in the Department of Nutrition at Texas A&M, they compared one of these metabolites from the microbiota to the number-one drug on the market for preventing or treating diabetes.

“What we found is that the compound from the microbiota was just as effective as the number one anti-diabetic drug in these animal models,” Alaniz said. “We’re very excited about this. We think this is one of our first pathways to translate our research in the lab to a more commercial viable product, and ultimately, we hope that this will have a very important impact in the clinic for patient health.”

Now, Alaniz is also working on how to commercialize these discoveries, and he cofounded a company called Fortis Biosciences, in collaboration with the Texas A&M University Health Science Center, to bring new compounds onto the market. “We want to take our discoveries and commercialize them for the benefit of patients,” Alaniz said. “Our approach—and we think it is a strong one—is to identify and therapeutically use microbiota compounds already in the body.” Presumably the hurdle of safety and toxicity would be much lower than that of an artificial drug produced in the laboratory because over the millennia, the microbiota have co-evolved with their human hosts for mutual benefit.

“We believe that we have a vast universe of microbes and microbial products inside us right now that are waiting to be discovered,” Alaniz added. “And we think it’s a treasure chest of potential new drugs, and, we’re only at the tip of the iceberg in which compounds are actually made by the microbiota.” 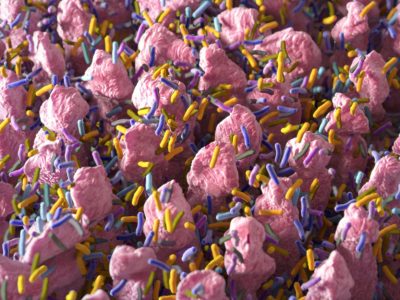 Could your gut be triggering migraine headaches? 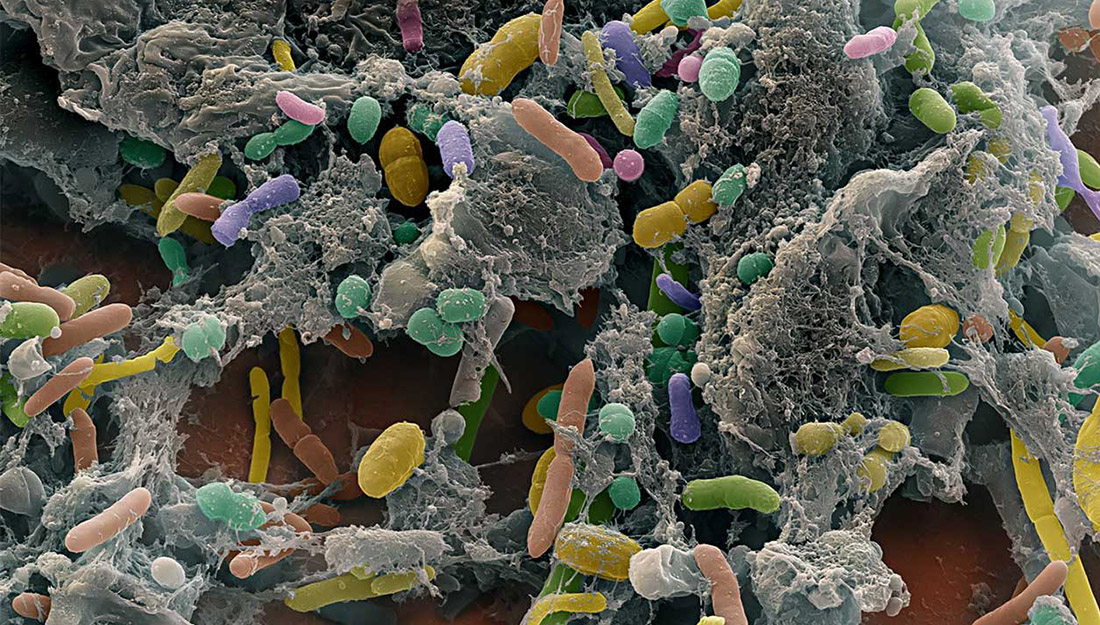 Treating diabetes using ‘the pharmacy within’ 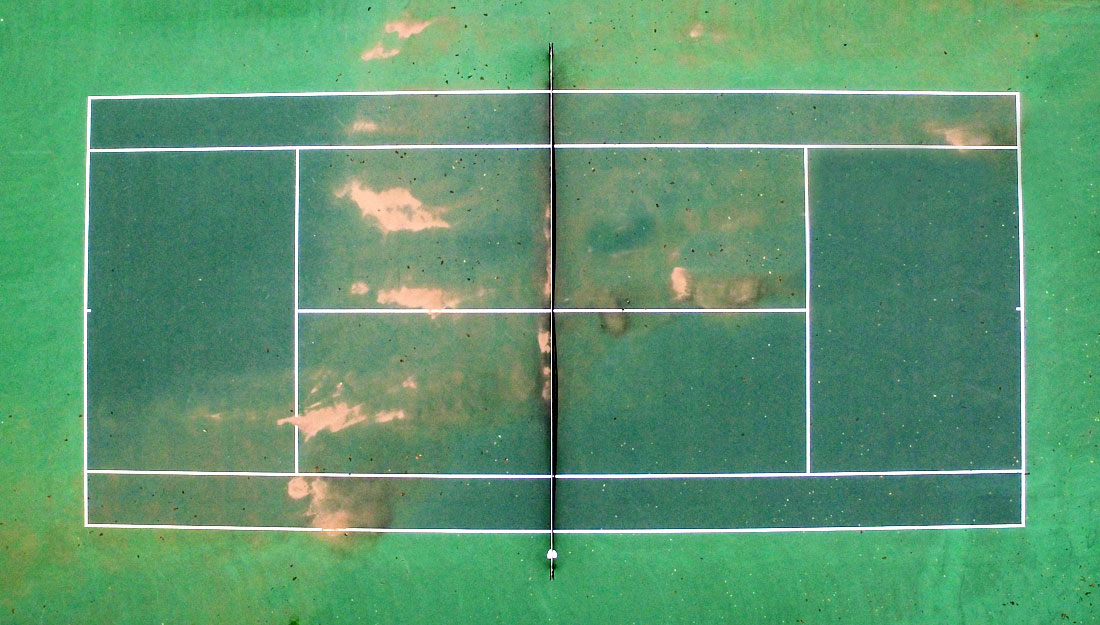 Protecting an area the size of a tennis court: The lining of your gut
Subscribe TodayStay up-to-date on the latest heath care topics