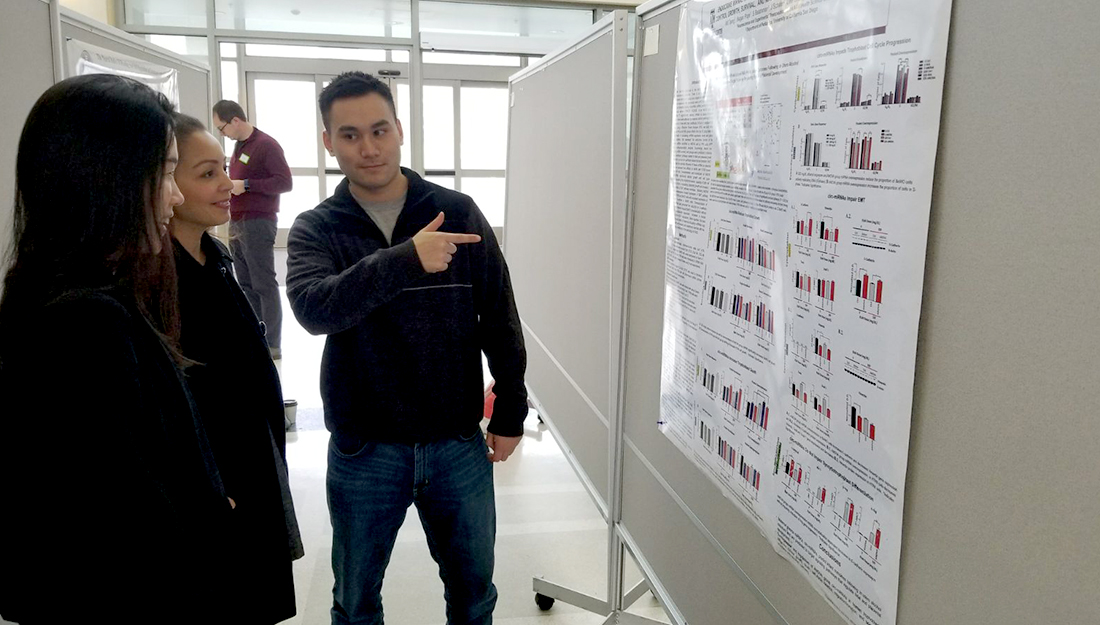 Expectant mothers are instructed to be vigilant about what they put in their bodies—avoiding alcohol is just one part of the rules. However, expectant mothers may knowingly or unknowingly expose their children to alcohol before they are born, which, in some cases, leads to developmental and neurologic delays.

Fetal alcohol spectrum disorders (FASDs) are an umbrella term for a range of conditions that result from in utero exposure to alcohol, causing different issues like facial anomalies, growth delays and abnormal brain growth and function.

Until now, it has been difficult, if not impossible, to predict whether a baby will be affected by prenatal alcohol exposure. Because of the lack of diagnostic tools for FASD, the research group of Rajesh Miranda, PhD, professor at the Texas A&M College of Medicine, conducted a study to predict effects of prenatal alcohol exposure. They reported their findings in the journal Life Science Alliance earlier this year.

According to Miranda, many children wish FASDs are never diagnosed and are often labeled as ‘difficult children’ by school systems. “There are simply not enough trained physicians and psychologists to diagnose all of the predicted FASD cases,” he said. “FASDs are the single-biggest cause of intellectual and other developmental disabilities in the country and are thought to affect between 1 and 9% of school-age children in the United States.”

Alex Tseng, an MD/PhD student at the College of Medicine, is a part of Miranda’s lab and is the primary author of the paper.

The team identified and profiled a specific group of biomarkers, which are substances that indicate the presence of a disease or infection. They found that certain circulating plasma microRNAs (miRNAs) act as predictors for the early childhood outcomes of prenatal alcohol exposure.

“We identified 11 miRNAs that were elevated in the blood of pregnant mothers during their second trimester that predicted if those mothers would give birth to affected infants with growth deficits and diminished neurobehavioral scores,” Miranda said. The team found that these molecules inhibit placental and fetal growth.

The final stage of the study was to inject these miRNAs into animal models prenatally. The individuals in the test group measured smaller in size and head circumference in comparison to unaffected controls.

“The implications of this work are that we have identified a set of 11 biomarkers that are elevated in the blood of mothers who are likely to experience pregnancy and birth complications due to prenatal alcohol exposure,” Miranda said.

There is no cure for FASDs, but early intervention is the key to improving childhood development. According to the Centers for Disease Control and Prevention (CDC), there are factors that can help reduce the effects of prenatal alcohol exposure. The factors include early diagnosis, a stable, nurturing home environment and special education and social services interventions.

“We really need to find a way to help people who are affected by fetal alcohol spectrum disorders,” Tseng said. “The earlier we intervene, the better.”

The study was accomplished as part of an international collaboration, the Collaborative Initiative on Fetal Alcohol Spectrum Disorders (CIFASD). Tseng plans to continue this research by studying the effect of prenatal alcohol exposure on other organ systems.

The study was recently mentioned by George Koob, PhD, director of the National Institute on Alcohol Abuse and Alcoholism (NIAAA), in the 2019 NIAAA director’s report.