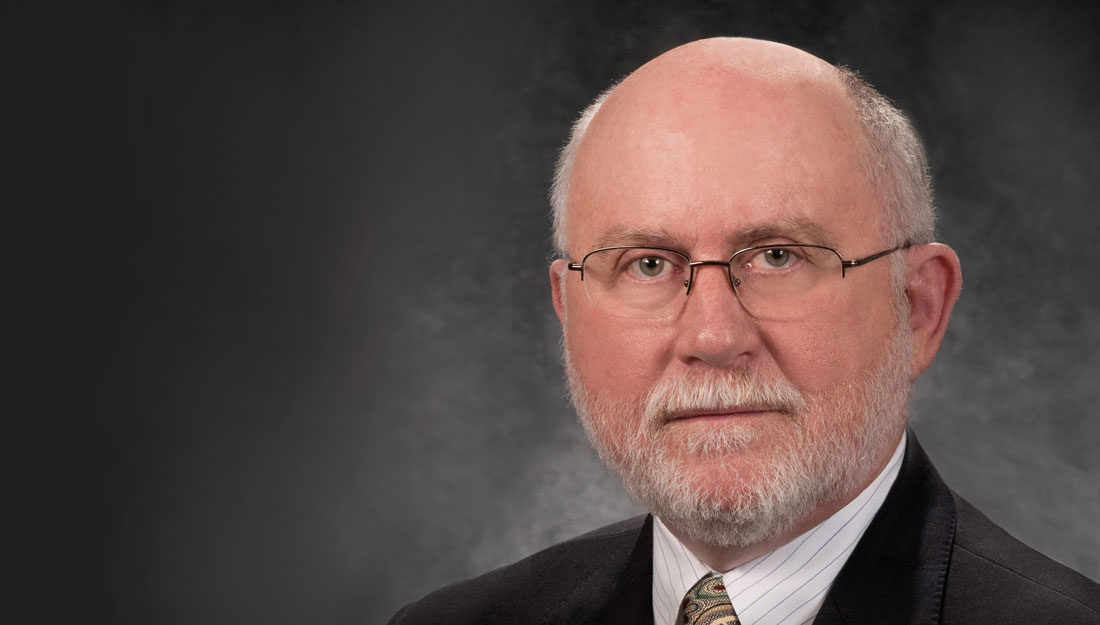 Among the most impactful public health scholars through his influence on research and practice, McLeroy was recognized with Society of Public Health Education’s highest award
April 9, 2021
Facebook0Tweet0

Kenneth “Ken” McLeroy, PhD, emeritus professor and retired Regents and Distinguished Professor at the Texas A&M University School of Public Health and an internationally recognized public health scholar, was awarded posthumously the Society of Public Health Education (SOPHE) Distinguished Fellow Award. The award recognizes individuals who have made significant and lasting contributions to SOPHE and the profession of health education or public health. Long-time friend and colleague Jim Burdine, DrPH, interim head of the Department of Health Promotion and Community Health Sciences and Director of the Center for Community Health Development, received the award on behalf of the family on April 8 during a virtual award ceremony at the 2021 SOPHE Annual Conference.

McLeroy was renowned by colleagues around the world in the use of social ecology as a framework for public health research and practice. His groundbreaking work debuting the socioecological model is taught to every public health student in the United States and served as a basis for systems approaches to public health.

“With the growing emphasis on community organization in the early years of health education teaching in schools of public health, the theoretical model that Ken built on in his writing and teaching was human ecology. His writing became one of the theoretical pillars in recent decades of the writing and teaching of community organization and comprehensive, multilevel and multisector intervention in populations, organizations, families and individuals,” said Larry Green, DrPH, MPH, retired professor emeritus from University of California San Francisco. “Most articles and lectures in public health begin with some semblance of reflection on these complexities before going more deeply into the details of one or more of the components or sectors for intervention, and many if not most, of those articles and lectures cite Ken’s contributions to that literature.”

In addition to being named the Samuel Roberts Noble Foundation Presidential Professor at the University of Oklahoma, McLeroy co-chaired the Association of Schools and Programs of Public Health Behavioral and Social Science workgroup for the master’s degree in public health core competencies. A long-standing member and contributor to the Society of Public Health Education, McLeroy is described by Chief Executive Officer Elaine Auld and President Cam Escoffery, PhD, MPH, CHES®, as “a dynamic thought leader and visionary in the behavioral sciences who paved the way for significant advances in health education theory, research and practice.” They said, “Perhaps one of his most valued legacies is helping to organize the first convening of researchers and practitioners to establish a research agenda for health education.”

McLeroy was among “The 33” founders of the American Academy of Health Behavior (AAHB), and was recognized in 2010 as the AAHB Research Laureate, which is the highest member honor awarded by the academy.

In addition to lending his professional expertise to the advancement of public health sciences, McLeroy was a selfless and tireless mentor to students and junior faculty. Monica Wendel, DrPH, MA, associate dean at University of Louisville, speaks of the incredible impact of his mentorship, saying, “Ken introduced me to many thinkers who would transform my perspective. He pushed me farther than I ever thought I could go, and to ask questions I would have never thought to ask. We had lots of conversations about philosophy and education. He talked once about the Great Man Theory, which I had never heard of. After I moved from College Station to Louisville in 2014, for some reason Great Man Theory came up again, so I looked it up. It basically holds that the course of history can be explained by the impact of great men (it was 19th century, so just men) who influenced with their superior intellect, courage and inspiration. I regarded him as one of those Great Men.”

McLeroy served as associate dean for Academic Affairs at the School of Public Health from 1999 to 2007 and remained on faculty until his retirement in 2018. He was co-principal investigator of the Center for Community Health Development and previously served as principal investigator on the National Institutes of Health-funded Center for Minority Health and Health Disparities, a program targeting rural and minority health disparities research. His research interests include community capacity, community-based approaches to health promotion and disease prevention, program evaluation of individual and community assets and resources, the relationship between theory and practice, social ecology, and history of public health.

Having worked with McLeroy for almost 45 years, Burdine says of McLeroy, “I learned more from Ken than probably everybody else I know combined! There was no such thing as a conversation with him that you didn’t leave smarter than when you entered. Ken was particularly focused on how we work with communities to help them learn to solve their own problems better and with minimal external intervention or resources, and this was long before ‘social ecology,’ ‘sustainability’ and ‘community-based participatory research’ jargon became common. He was also fiercely committed to helping individuals, groups and communities without a voice to be heard. I think it will be some time until we find someone to fill his shoes in public health.”

This article was co-authored by Lisako McKyer, a mentee, friend and former colleague of McLeroy.