Leigh Ann Wyatt watches an interesting transformation take place each fall. In her role as assistant professor and preclinical dental hygiene course director in the Caruth School of Dental Hygiene at Texas A&M University Baylor College of Dentistry, she sees her students grow and change throughout the semester. It’s something she refers to as their “becoming dental hygiene professionals before my eyes.”

Mentoring is a role Wyatt takes seriously, and it is her approachability that led to a recent career challenge: How would she handle interactions with students on social media, namely, friend requests via Facebook? Could the platform serve as a good mentoring tool or could it cause more harm than good?

The research for her thesis, “Attitudes and Experiences of Dental Hygiene Faculty Regarding Interactions with Current Undergraduate Students on Facebook,” wasn’t without difficulty. Wyatt has had to keep a finger on the pulse of a moving target, with privacy controls and terminology that seem to change by the week.

When she commenced her research in 2012, there wasn’t much to be found in dental literature regarding social media. These days, articles on social media and its use in the academic world — dental hygiene education included — continue to surface. Wyatt’s may be added to the mix with submittal of her abstract to the American Dental Education Association for consideration in the educational research poster presentation lineup at the March 2015 annual session.

Now she shares the sensitivities associated with faculty-student Facebook friendships, the heightened need for professionalism in a clinical setting and just where she falls on the spectrum of Facebook users.

The interaction between students and faculty on Facebook is pretty new territory, considering the social media platform launched 10 years ago but only in the past couple years have we seen a considerable surge in users ages 45 to 54. As a faculty member in the higher education and professional school setting, what has been your personal experience with navigating these murky Facebook waters? To friend or not to friend, when it comes to students?

I felt sometimes that the lines were blurred and that students treated me like they treated their friends. I spent the next year navigating what it’s like to be Facebook friends with current students. Part of my decision to not get back on Facebook has been so I won’t have to deal with that situation.

In your research you found that 68 percent of dental hygiene faculty surveyed felt a blurring of lines occurs when professors are Facebook friends with undergraduate students. What are some situations that surface as a consequence?

One concern is possible grading bias in the clinical setting. Another is that if faculty and students are friends on Facebook, faculty see what the students are doing. That puts the faculty member in an awkward position with behavior that didn’t happen at school that may be negative: Here’s a student who’s representing the school, representing the profession of dental hygiene and is advertising unprofessional behavior.

Do the same implications apply to professors at four-year undergraduate institutions?

An undergrad professor may only have a student one semester, and then they’re done; here we work closely with students the whole time, and that can be a little difficult. There’s something very special and sensitive about the fact that we’re not only grading students in the classroom, but we’re also in the clinic where there’s a lot of one-on-one, and it feels more subjective. The stakes seem to be a little higher at an institution like this, where there’s not just didactic knowledge, but there’s professionalism you’re trying to muddle through.

Where do we go from here? Is there a happy medium that can be reached with the help of institutional guidelines?

I do think there’s a middle ground. Approximately 54 percent of faculty I surveyed felt that if faculty were going to interact with students that they should have a separate professional and personal page. That was not a new idea — in 2010, the American Medical Association recommended a separate page for Facebook interactions to protect the physician-patient relationship.

I think by and large how it’s being used in programs is to track alumni job placement, which CODA may ask about when they make a site visit, and maybe to advertise special events for the school, like continuing education courses, but few faculty are using it for academic purposes. (Only 12.5 percent responded that they were friends with students on Facebook.)

That’s one of the takeaways. Faculty in general do not feel like Facebook interactions with students are a good idea. It goes along with a quote that came in through my survey: “Facebook is for social interaction, and education is not a social event.”

Another takeaway is that the faculty-student relationship is one built on mutual trust and respect. As educators, how can we work to ensure that there are healthy boundaries in social media interactions with students to minimize harm and maximize the benefits of interaction? 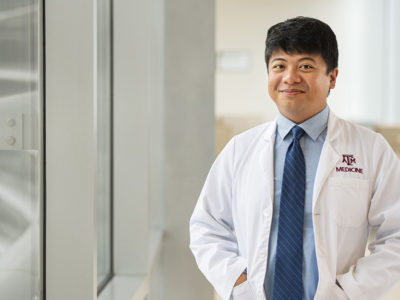 From microscopes to medical school 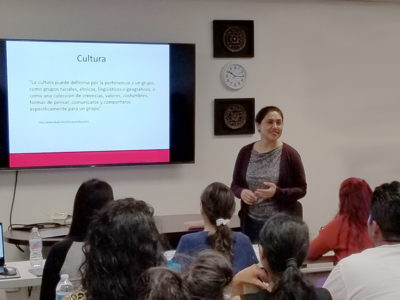