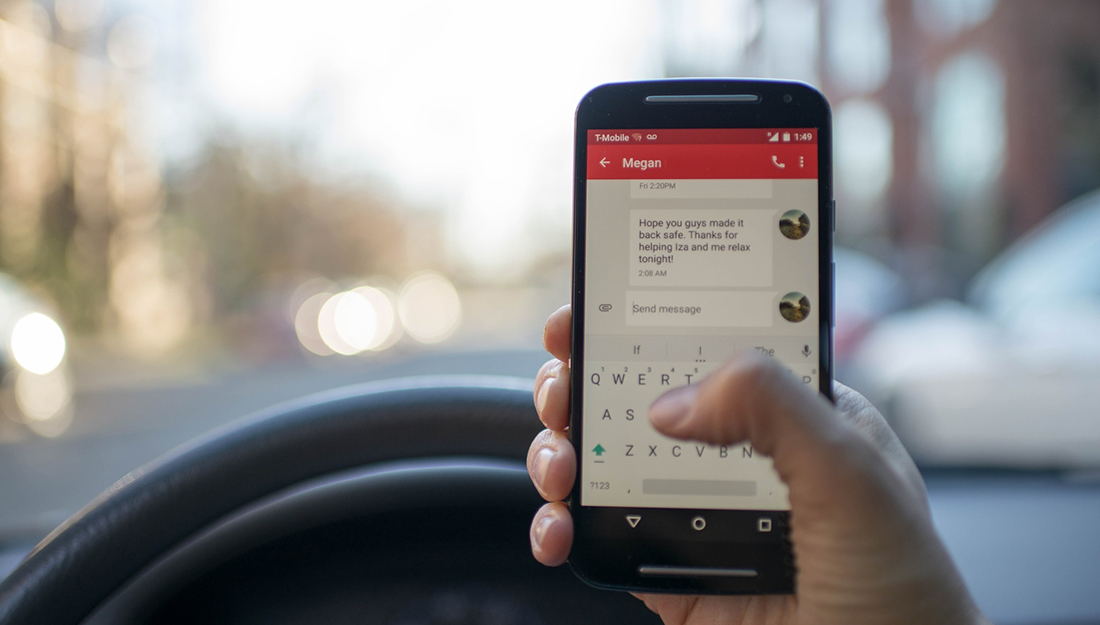 Cars are safer than ever, but distracted drivers are still a danger on the roads
June 15, 2018

If you watch television, you’re likely to have come across multiple car commercials. They always boast their new and innovative safety features—such as blind spot monitoring, emergency automatic breaking and lane departure alerts. However, these technological improvements can only do so much, and roadway conditions could be improved tremendously if a majority of drivers were not distracted by their cell phones.

That’s why in September of 2017, Texas implemented a statewide ban on texting and driving, and anybody who violates this law and gets a ticket faces a misdemeanor charge and a fine between $25 to $99, although penalties could be as much as $200 for repeat offenders. Anyone convicted of texting and driving who causes serious injury or death to others faces a fine of up to $4,000 and as long as one year in jail.

Under the law, there’s no reading, writing or sending electronic messages while driving—unless the vehicle is stopped. Talking on your phone is okay (unless you’re in an active school zone). Motorists may read an electronic message if they believe it’s an emergency situation.

This wasn’t always the case though; in fact, Texas was one of the last states to jump on board with a statewide ban, and research from the Texas A&M School of Public Health may have helped, showing the effectiveness and importance of a ban. When lawmakers pushed for the bill to be passed in 2017, supporters of the bill pointed to research by Ferdinand and colleagues that said that a statewide ban could prevent 90 deaths a year.

“The number of motor vehicle crashes is alarming, and state policy is an intervention,” said Alva O. Ferdinand, DrPH, JD, an assistant professor at the Texas A&M School of Public Health who has spent years working on the issue. “Our research showed that states that had bans on texting and driving had reductions in hospitalizations and fatalities due to distracted driving.”

In 2015, more than 48,000 American drivers were involved in fatal crashes. Seven percent were distracted drivers and 10 percent of all roadway fatalities occurring in the U.S. involved distraction, leading to close to 3,500 deaths and an estimated 391,000 people injured. Although distracted driving is prevalent among all ages, drivers between the ages of 15 and 19 were involved in more fatal crashes than those in other age groups.

These alarming statistics have led states to implement texting while driving bans. Not all texting and driving bans are created equal: they can be separated into “primary” and “secondary” bans.

A primary ban means that an officer can pull you over for texting and driving. Under secondary laws, an officer must have some other reason to stop a vehicle before citing a driver for using a cellphone. Ferdinand’s original research showed the overall benefits of the newly imposed laws, but she wanted to see who benefited most.

“Inasmuch as people may find public health laws to be overly paternalistic, we have seen that texting laws do come with roadway safety benefits,” Ferdinand said. “Given the fact that one’s decision to text while driving can not only negatively affect oneself, but also one’s passengers, drivers and passengers in other cars, pedestrians and cyclists alike, it’s not a stretch to say that motor vehicle crashes due to distracted driving should be viewed as a significant public health concern. The data shows that texting and driving bans can make a difference.”