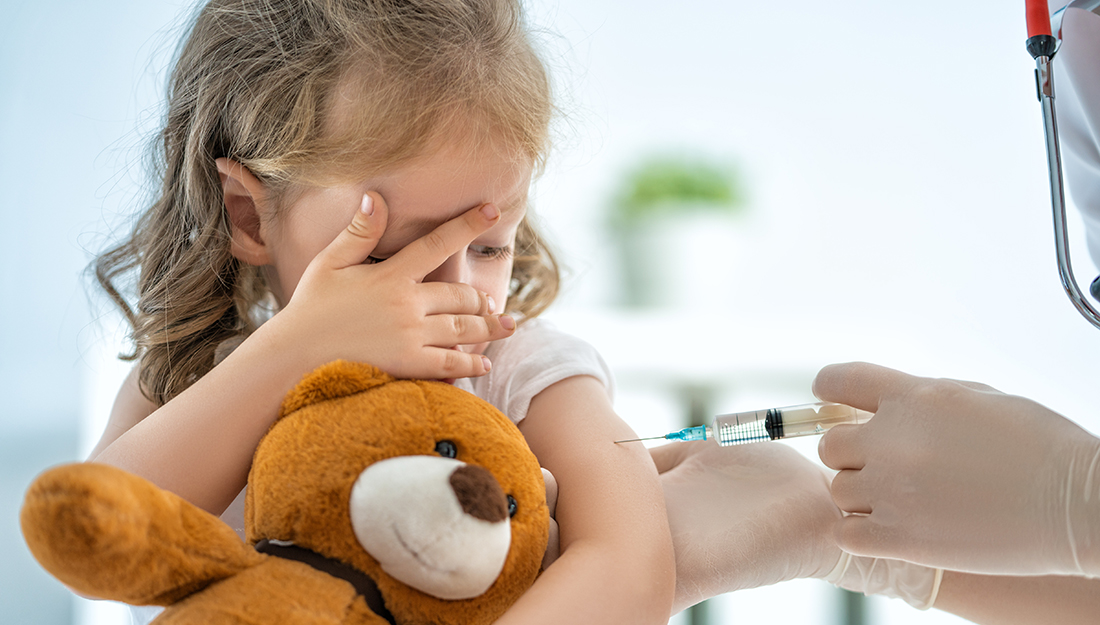 Widespread vaccination is one of the biggest public health victories of the past century, leading to dramatic decreases in the prevalence of many diseases and the outright eradication of smallpox. However, the United States has recently seen a rise in various anti-vaccine behaviors by parents ranging from delaying some childhood vaccinations, delaying all vaccinations using alternative vaccination schedule not recommended by medical consensus, or even outright refusal to vaccinate. Prior studies have made important progress in investigating the factors that might explain vaccine hesitancy; however, more work is needed to help understand how the psychological traits of parents might explain this anti-vax behavior.

Callaghan identified three major psychological factors that predict parental decisions to delay vaccination. The first of these is conspiratorial thinking, which involves beliefs that various events result from unseen forces at work in secret. People with high levels of conspiratorial thinking sometimes view vaccine mandates as having ulterior motives or that harm from vaccines is being covered up by industry or the government. The second factor is a sensitivity or aversion to needles. People reporting high levels of anxiety toward needles may be more likely to delay vaccinations for their children, and previous research has found an association between needle sensitivity and health care avoidance in general. The third factor is a sense of moral purity, which leads people to be highly vigilant about what they put into their bodies. This could be especially important for the HPV vaccine as some people with high degrees of moral purity might find vaccinating children against a sexually transmitted disease objectionable.

To measure these psychological factors, the researchers carried out an online survey that asked respondents questions about vaccination behavior while also asking a series of psychological batteries. Of the roughly 7,000 total survey respondents, approximately 4,000 were parents that were included in Callaghan’s study. The survey asked questions about parents delaying their children’s vaccines, choosing children’s physicians based on willingness to delay vaccination, whether vaccinations were only done to attend school, and if parents were willing to move to another area to avoid mandated vaccination. Additionally, Callaghan’s analysis controlled for other variables that could lead to vaccination delay such as political ideology, race, education, religious beliefs, income, and gender.

Callaghan’s analysis found that conspiratorial thinking and needles sensitivity were both strongly associated with vaccine hesitancy, with conspiratorial thinking playing a prominent role. One possibility is that parents high in conspiratorial thinking are more likely to be swayed by misinformation related to vaccine safety, such as the debunked study linking vaccines and autism. In contrast, a sense of moral purity was not significant for vaccination overall but did show significance for the HPV vaccine specifically. The analysis also found that education and income were strong predictors for vaccine hesitancy, especially for the HPV vaccine, with more educated and wealthier parents being more likely to delay.

Although this study has some limitations, such as not measuring the length of vaccination delay and relying on self-reported data, it acts as a clear step toward better understanding of psychological factors behind vaccine hesitancy. The research also points to a need for targeted interventions to improve vaccination rates, such as messages that emphasize the cancer-preventing role of the HPV vaccine while downplaying sexually transmitted notions of the disease and efforts to address the concerns of people high in conspiratorial thinking. Additionally, the findings indicate a greater need for vaccines that do not rely on conventional needles such as oral or nasal vaccines, which could reduce hesitancy among needle sensitive parents.

“Further work is needed to investigate additional psychological factors and to investigate how media and regulatory environments interact with various psychological factors to affect vaccine hesitancy,” Callaghan said. “With this study’s findings and future work, public health researchers stand to gain a better understanding of what is behind the recent trend of vaccine hesitancy and find ways to counteract it, building on the public health benefits vaccines provide.”