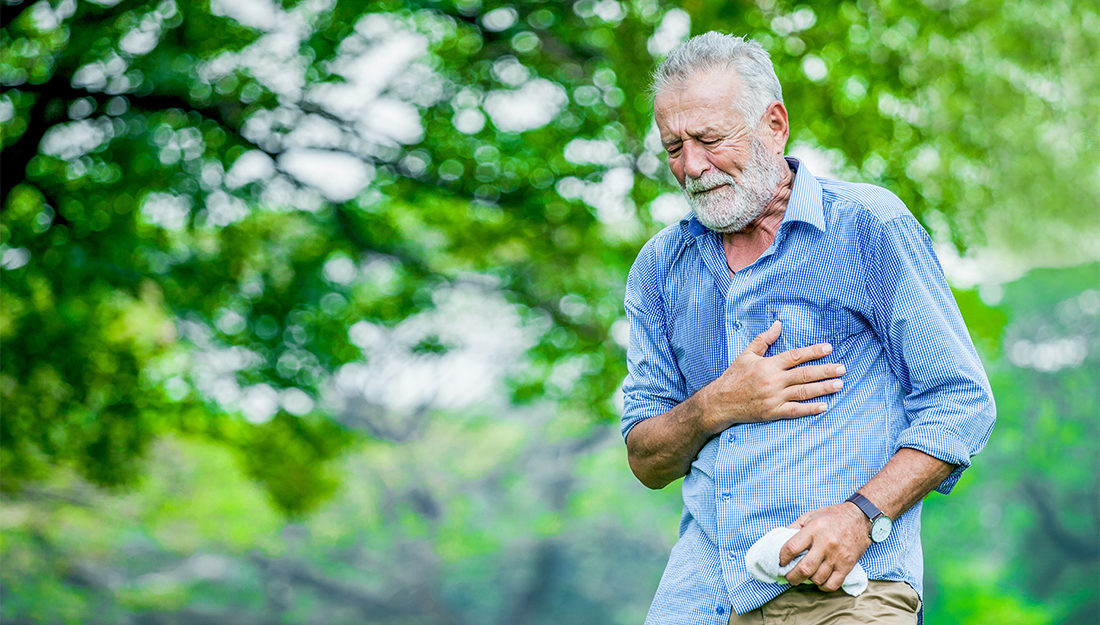 Rural areas had significantly higher odds of congestive heart failure related deaths in all regions except the Northeast.
February 28, 2020
Facebook0Tweet0

Around 6.5 million Americans face the daily challenges of congestive heart failure (CHF), a condition in which the heart is unable to pump the amount of blood the body needs to function. CHF is a major cause of hospitalization and death among people over 65 and drives tens of billions of dollars in health care costs each year. Advances in treatment and efforts to improve access to care and promote healthy lifestyles can reduce CHF-related hospitalizations and deaths; however, access to care and health outcomes still vary between different parts of the country and between urban and rural locales. Previous research has explored some of the factors involved in these disparities, but little work has compared urban and rural CHF hospitalizations and deaths within each region.

In a new study conducted by the Southwest Rural Health Research Center at the Texas A&M School of Public Health, doctoral student Kristin Primm along with Alva Ferdinand, DrPH, JD, Timothy Callaghan, PhD, Marvellous Akinlotan, PhD, Samuel Towne, PhD, and Jane Bolin, PhD, JD, BSN, took aim at this knowledge gap. Their study, published in the journal Preventive Medicine Reports, investigated recent in-hospital deaths among CHF patients with a focus on differences between urban and rural patients in each of the country’s four census regions: South, Midwest, West and Northeast. Building on previous research in CHF death trends, the researchers aimed to identify areas in the United States most in need of improved access to quality health care.

The researchers relied on a national-level dataset on inpatient hospital care in the United States between 2009 and 2014. Data was limited to hospitalized adults who had a primary diagnosis of CHF, and the outcome of interest was deaths that occurred while patients were hospitalized for CHF. The research team included data on the census region of each hospitalization and used an urban-rural classification scheme that consisted of six levels ranging from large central metropolitan areas to non-core rural areas. Their analysis also included patient-level demographic factors such as sex, age, race, income, insurance type and number of medical conditions existing alongside CHF, known as comorbidities.

Among the more than 5.5 million CHF-related hospital admissions in the dataset were more than 170,000 deaths. Among all regions, age greater than 75 was the strongest predictor of in-hospital death. The frequency of CHF-related deaths was highest in the South and lowest in the West, and deaths were most frequent in patients older than 75 and who had three to five comorbidities. The researchers found that more rural areas had significantly higher odds of CHF-related deaths overall, and that the relationship between deaths and rurality held in all regions except the Northeast, which showed no significant differences between urban and rural areas. They also found differences in how demographic factors were associated with deaths in different regions, with males having higher odds of death in the South, Midwest and West, but not the Northeast, and patients in the highest income group having greater odds of dying in the South, Northeast and West, but not the Midwest. The analysis also found that patients in the highest income group and those with private insurance, as opposed to Medicare or Medicaid, had higher mortality rates. This counterintuitive finding highlights a need for research focusing more closely on the roles income and insurance may play in CHF-related deaths.

This study builds on previous research showing that rural Americans may face greater risk of CHF-related death. This greater risk may be due to individual factors, such as older populations, higher rates of poverty and greater incidences of obesity and diabetes, and barriers to quality health care such as fewer health care providers, a lack of insurance or limited transportation. Research has found that rural hospitals often have fewer specialized cardiovascular health care providers and more limited resources, which could make them less capable at treating CHF patients.

Although extensive, the researchers noted a few limitations to the study. First, only CHF-related deaths that occurred while a patient was in the hospital for CHF were considered. Including deaths outside of hospitals could provide more insight. Additionally, CHF is diagnosed based on a variety of criteria rather than a single measure like a blood test. If diagnostic criteria are not applied consistently in every hospital, some CHF cases may have been missed. Lastly, the analysis did not identify people being readmitted for CHF, so some of the cases could have been repeated admissions by the same patients.

Despite these limitations this study shed additional light on differences in CHF-related deaths between urban and rural areas throughout the country. The findings build on existing research and indicate a need to continue efforts to improve rural health care services and develop effective lifestyle interventions for rural populations. The researchers note that policy makers can use these findings to identify the areas most in need of improvements. The findings can also serve as a stepping stone to further investigations of the various interacting socioeconomic, environmental and health care system factors involved in health disparities, with a goal of ensuring access to high-quality care for all Americans.