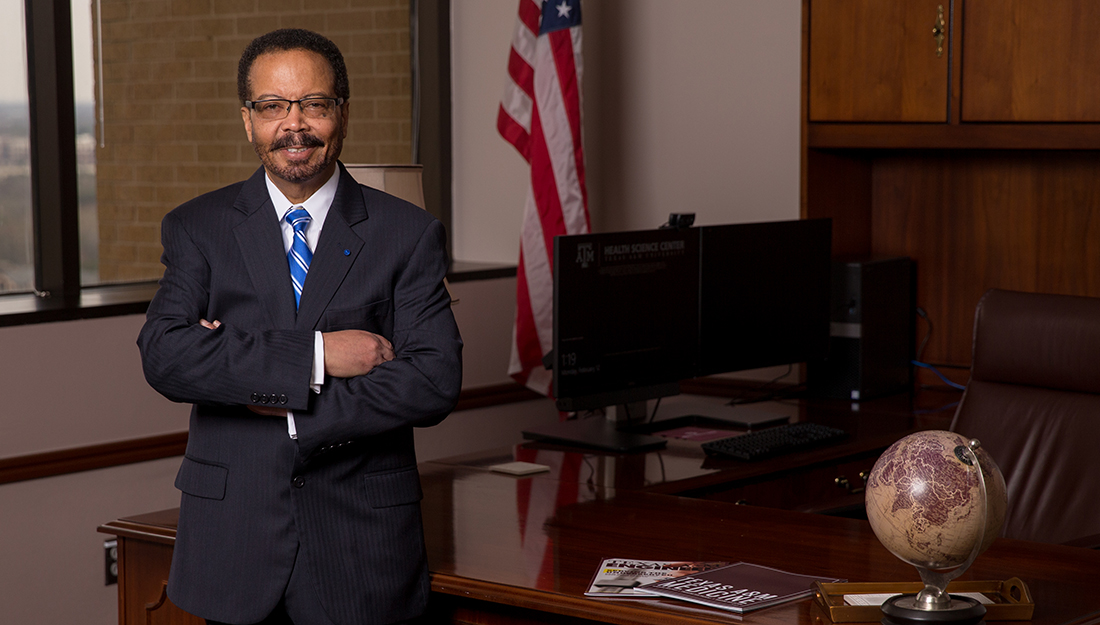 Roderic Pettigrew, innovator in biomedicine and technology, is the 2020 winner of the Vannevar Bush Award, one of the nation’s highest science awards
September 28, 2020

Chief executive officer of the Texas A&M Engineering Health program and executive dean of Engineering Medicine (EnMed) will receive a prestigious lifetime achievement award from the National Science Board.

“Roderic Pettigrew’s passion and creativity have spurred innovation in biomedicine,” said Victor McCrary, vice chair of the National Science Board (NSB) and chair of the 2020 NSB Honorary Awards Subcommittee. “His reimagining of health care solutions is helping converge science fields, narrowing gaps between disciplines in a way that really impacts society. Pettigrew is helping us to see what might be, what could be, and what is possible.”

Pettigrew’s contributions are wide-ranging. They include:

Pettigrew’s work also involved bringing out the best in others. While at the NIH, he created the Quantum Grants Program to encourage researchers to undertake “medical moon shots” to solve major challenges through technological innovation.

Pettigrew continues to help others archive greatness at Texas A&M, where he helped found EnMed in Houston. The program blends engineering and medicine in a four-year curriculum to develop problem-solving “physicianeers,” graduates who earn a medical degree and a master’s degree in engineering. Plus, they must invent a solution to a health care problem that is ready for a patent.

“It is an incredible honor to receive the Vannevar Bush Award, which is so steeped in science history,” Pettigrew said. “My only regret is that my parents are not alive to share this honor. They were my first role models.”

Pettigrew was raised in rural Georgia and attended segregated public schools before attending Morehouse College in Atlanta through a Merrill Scholarship. After graduating with a Bachelor of Science in physics in 1972, he earned a Master of Science in nuclear science and engineering at Rensselaer Polytechnic Institute and a PhD in applied radiation physics at Massachusetts Institute of Technology (MIT), where his work resulted in a new type of neutron activation radiation treatment of malignant brain tumors being pioneered at MIT-Harvard. In 1979 he received an MD from the University of Miami.