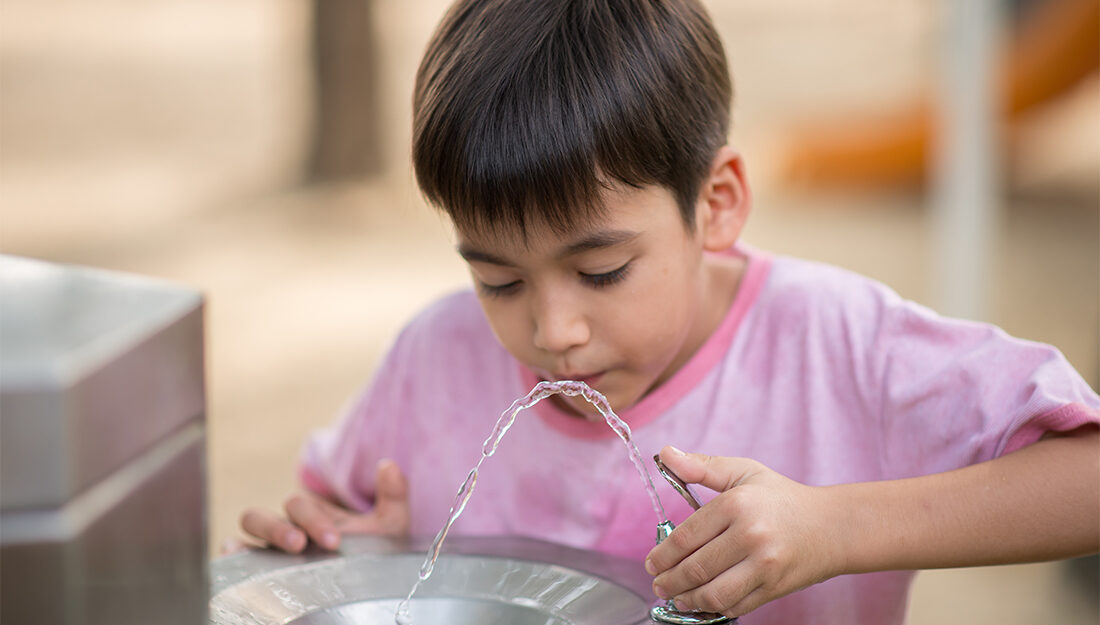 Samples from drinking fountains in 56 parks found that 12 had lead levels of two micrograms per liter or more
June 22, 2021
Facebook0Tweet0

Lead in drinking water has been linked to a variety of health problems such as kidney damage, cognitive dysfunction and memory loss. Efforts to replace lead pipes and plumbing fixtures in homes have reduced exposure, but despite these efforts around 22 million Americans, especially those in lower-income communities, drink water that has gone through lead pipes. People may also consume lead-contaminated water from public drinking fountains, yet little research has focused on this.

Because lead poses such a serious health risk, the U.S. Environmental Protection Agency (EPA) has set a maximum contamination level goal of zero. The EPA has also set 15 micrograms per liter as the level of contamination where action should be taken. Water becomes contaminated when lead in pipes and other fixtures leach into the water, and water chemistry can change how much lead can leach out of pipes. The cities of Bryan and College Station mostly use copper and PVC for water service lines—in line with state regulations—but older fountains may still contain lead.

Fawkes surveyed parks in both cities, choosing only parks that were open and had publicly accessible drinking fountains. Of the more than 100 parks in the area, 56 met the inclusion criteria. Using an EPA-approved portable lead analyzer, Fawkes analyzed samples from drinking fountains in these 56 parks and found that 12 had lead levels of two micrograms per liter or more. This is higher than the EPA’s maximum contaminant level goal of zero, but below the action level of 15 micrograms per liter.

The average lead concentration from fountains with detectable lead levels was 3.5 micrograms per liter. One drinking fountain had a much higher concentration at eight micrograms per liter, but this was in a significantly older park. Further analysis showed that the park water fountains in neighborhoods where the average household income was lower than the median for the area were twice as likely to have detectable lead levels.

The findings of this study point to a need to include public water fountains in lead monitoring efforts. They also highlight the potential risks of public drinking fountains and inequities in infrastructure between higher and lower income communities. However, the study was limited by collecting samples at one point in time and did not deal with repeated exposure. The portable lead analyzer used also could not detect lead concentrations of less than two micrograms per liter, meaning the survey could not detect trace levels of lead. Also, the survey analyzed one fountain per park, limiting its ability to clearly identify reasons for lead contamination.

The EPA is proposing changes to the Lead and Copper Rule and has requested research like this study to help inform revisions.

Despite these limitations, this study provides information that policy makers can use to reduce lead exposure risks in public parks and highlights the importance of including public drinking fountains in lead monitoring programs. The findings also point to relatively simple steps to reduce lead exposure, such as replacing drinking fountains where detectable lead levels can be found, especially in lower-income areas where infrastructure is often older. By improving monitoring and infrastructure, policy makers can further reduce the risks of lead exposure and protect the health of people in the community.