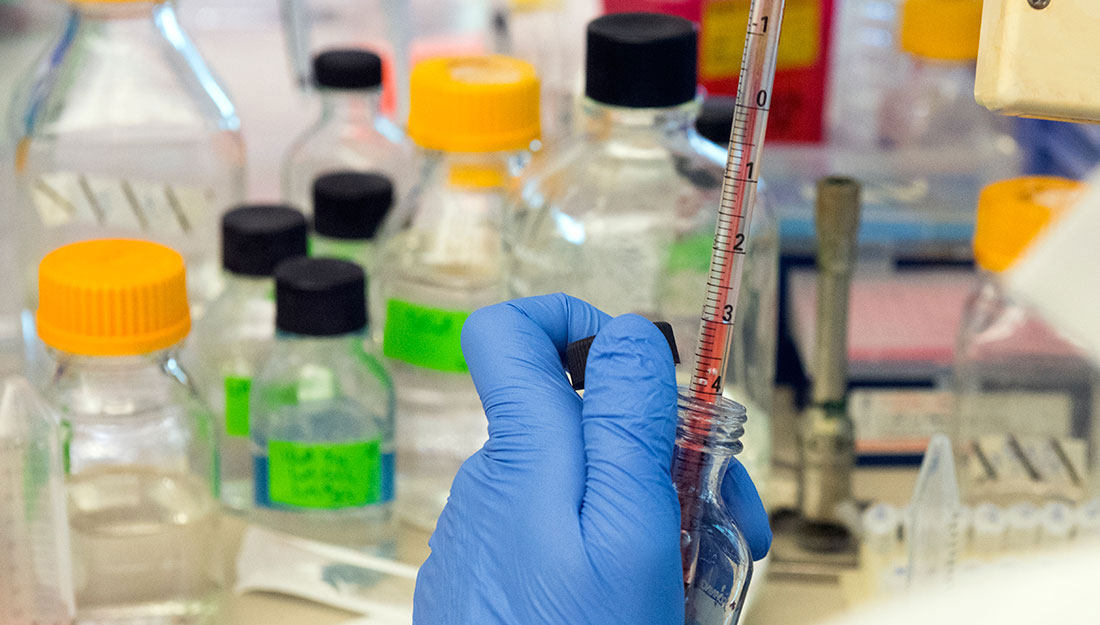 Hormone shown to be important in liver disease

High levels of a digestive hormone called secretin may play an important role in the management of certain chronic liver diseases, according to new research published in the journal Hepatology. These findings could result in new ways to treat cholestatic liver diseases, a condition that impairs the movement of bile, the fluid produced by the liver to digest fats.

A team of scientists at the Texas A&M Health Science Center found that a specific secretin receptor antagonist—in other words, a substance that blocks the action of secretin—decreases liver fibrosis associated with cholestasis in animal models. Fibrosis (an accumulation of scar tissue) can eventually take over most of the liver, resulting in cirrhosis and, eventually, liver failure or liver cancer.

At the moment, there is no good treatment.

“We are the first group to show that the secretin receptor antagonist inhibits the progression of liver fibrosis,” said Gianfranco Alpini, Ph.D., distinguished professor of internal medicine and medical physiology at the Texas A&M Health Science Center College of Medicine, and one of the senior authors of the study. In addition to decreasing fibrosis, the antagonist can also “turn off” related genes, even in those genetically predisposed to have fibrosis.

Some of the previous work done by Alpini and his team showed that secretin can cause cholangiocytes (epithelial cells that line the bile duct) to proliferate and block bile secretion. After someone without liver disease eats, the gallbladder releases bile into the small intestine to help in digestion and fat absorption. An important part of this process is the cholangiocytes, which are the only cells of the liver that produce secretin.

Studies of secretin’s effect on other areas of the body—such as the brain and the heart—might also yield insights into how the neuroendocrine hormone works outside of the gastrointestinal tract.

Although most of the time the problem is too much proliferation, there are people who have a loss of bile ducts (which carry bile to the small intestine for digestion). Oddly, these conditions can cause similar digestive problems as fibrosis, because both cause bile to pool in the liver instead of flowing to where it needs to be. Secretin could be used, theoretically, to treat this problem and stimulate biliary growth.

“It is very exciting that we were able to identify the specific signaling pathway in cholangiocytes that we might be able to target therapeutically in this cholestatic disease,” said Shannon Glaser, Ph.D., an associate professor at the Texas A&M College of Medicine and a study author. “I think if you caught it early enough, you might be able to target this pathway to alleviate the beginnings of fibrosis, and that will prevent some of the other cells being damaged and the problem cascading into liver failure.”