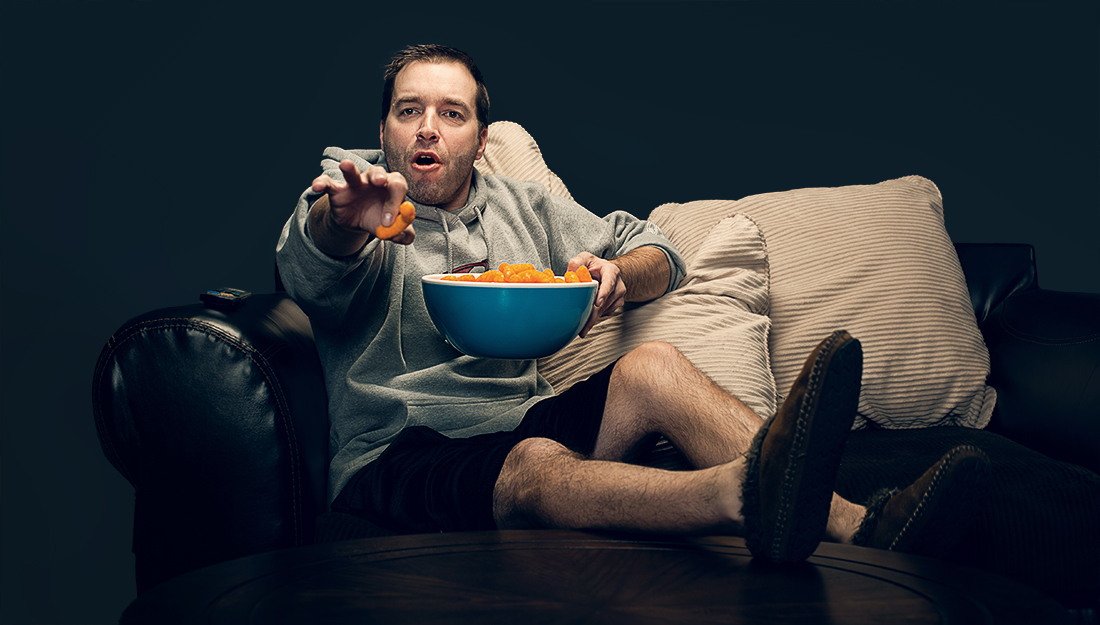 Is sitting really ‘the new smoking?’

It’s a popular catchphrase: “Sitting is the new smoking.” A phrase that is often attributed to James A. Levine, MD, PhD, of the Mayo Clinic, but even he seems to have pulled back from that characterization a little, now simply saying that sitting for long periods of time is linked to conditions like obesity and metabolic syndrome.

And it’s the obesity that really leads to problems, according to Mark Benden, PhD, CPE, associate professor in the Department of Environmental and Occupational Health and director of the Ergonomics Center at the Texas A&M School of Public Health. He studies the use of sit-stand desks to promote physical activity. “The better metaphor might be obesity is the new smoking,” Benden said. “That’s a little closer from a cause-and-effect standpoint, in terms of the number of people dying from these preventable causes each year.”

Of course, obesity doesn’t directly cause mortality, just like smoking doesn’t directly kill. Instead, the carcinogens and other parts of tobacco cause lung cancer, while obesity leads to heart disease, stroke, type 2 diabetes and—yes—certain types of cancer. The difference is that while cigarette use is declining and now stands at about 15 percent of the adult population, obesity is increasing. More than one third of American adults are obese, according to the Centers for Disease Control and Prevention (CDC).

Still, sitting too much isn’t necessarily to blame. “It’s not fair to say that sitting caused all of those people to become obese,” Benden said. “There are genetic and epigenetic components, diet factors and exercise amounts that all contribute.”

That’s why Benden advocates constant movement, even in small ways, throughout the day. “I do believe that being too sedentary is bad for our health,” he said. “The counter to that is not standing. The counter is physical activity.”

That doesn’t mean it’s okay to sit, nearly motionless, all day and then expect a short run at the gym to make up for it. Studies seem to indicate that mostly sedentary behavior can’t be counteracted with a small amount of moderate or even vigorous activity.

“Sitting is a new health risk, but more important than sitting is inactivity more generally,” Benden said. He sees a combination of sitting, standing and walking—or other light activity—as being key. “Variety, difference: “Everything in moderation” is still a really wise adage here. You don’t want to sit all day or stand all day or even walk all day.”

Part of the problem, of course, is a culture that often requires many hours spent in front of a computer at work, followed by hours at home sitting, watching television or using a smartphone. Benden calls this technology-induced inactivity. “People used to spend hours each day engaging in light physical activity, and it’s what we’ve really lost in the modern world,” he said. “That’s having massive effects on our waistlines and our glucose cycles.”

For example, in 1958, 0.93 percent of Americans were diagnosed with diabetes. By 2015, that number was 7.40 percent, according to the CDC. Only about 5 percent of those have type 1 diabetes, meaning millions of people are facing a lifestyle disease: something that can be prevented with certain healthy habits.

“We can’t afford for everyone to have these preventable diseases,” Benden said. “But at the same time, solving the problem isn’t as simple as telling people to cut out cigarettes.”

Benden sees technology—that unstoppable force that helped get us to this point in the first place—as being part of the solution. For example, Benden has designed desks that can actually prompt their users to move. Still, it’s not going to solve the problem completely. “At most, it’s one arrow in the quiver,” he said. “There are a lot of reasons why we got here, and so the solution will be equally complicated.”