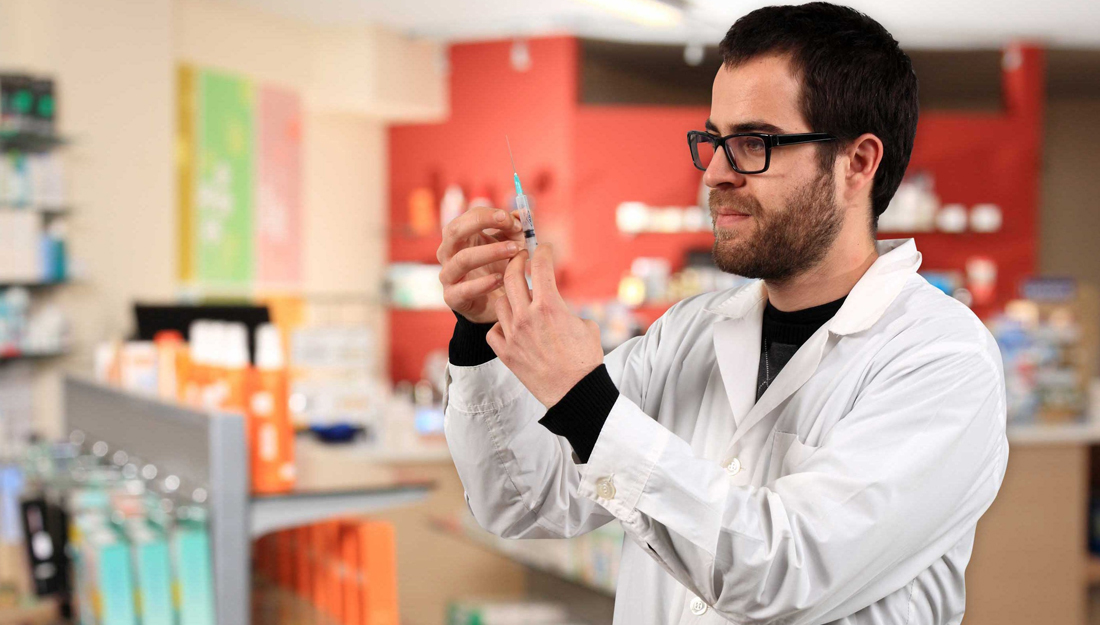 Research shows that on the whole, states have expanded pharmacists’ ability to give vaccinations
September 28, 2017

Vaccination represents one of the largest advances in public health of the past century, with new vaccines and vaccination programs leading to reduced rates of sickness and death, improved lifespans and even disease eradication in some cases. Yet many people remain unvaccinated, in part due to limited access to vaccination services. Since the 1990s, many states have changed their laws to give pharmacists the authority to vaccinate to help close this gap. However, these laws vary from state to state and many have dramatically changed over the years.

To understand how laws shape pharmacists’ authority to vaccinate, and what that might mean for vaccination rates, Cason Schmit, JD, research assistant professor in the Department of Health Policy and Management department of the Texas A&M School of Public Health, and Matthew Penn, JD, MLIS, director of the Public Health Law Program at the Centers for Disease Control and Prevention, studied vaccine-related laws in different jurisdictions in the United States.

In 2016, seven states limited pharmacist-administered vaccinations to adults, and the remaining jurisdictions either had minimum age limits ranging from 3 to 14 years or had no explicit minimum-age restriction. “We found many laws placing restrictions on minimum patient age or vaccine types,” Schmit said. “The average minimum age was 16.8 years in 2005 and 8.76 in 2016, showing a trend toward pharmacists vaccinating younger patients.”

The study also uncovered a trend toward pharmacists dispensing more vaccines. Some laws listed the types of vaccines allowed, whereas others either authorized vaccines recommended by the Advisory Committee on Immunization Practices or had no restrictions on specific vaccines.

These results show that states have made significant changes to laws granting pharmacists more authority to vaccinate. Specifically, the study identified trends toward reduced oversight by physicians, lowering age patient minimum age limits and an increase in the number vaccines allowed. There is also a growing recognition, contrary to earlier concerns, that pharmacists are an effective way to vaccinate more of the population. However, further research is needed to identify which types of vaccine-related laws are best suited to increasing vaccination rates.

“Unfortunately, while these authority expansions might seem like they are promoting access, there are still substantial barriers to access to effective vaccination” Schmit said. “Many states still have vaccine or patient-age restrictions that prevent pharmacists from administering vaccines as recommended by the Advisory Committee on Immunization Practices.”