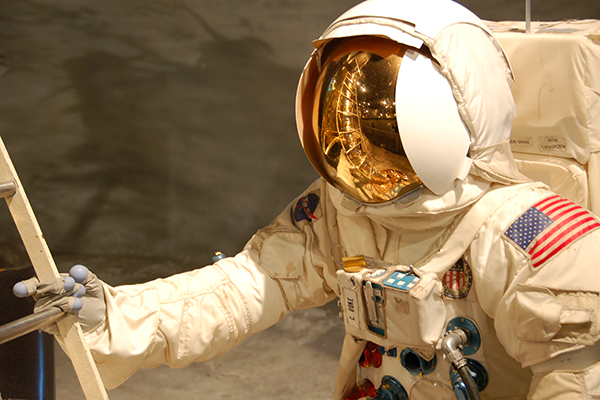 Walter Cromer, Ph.D., postdoctoral research associate with the Texas A&M Health Science Center College of Medicine, is one of nine young scientists who received First Award Fellowships from the National Space Biomedical Research Institute (NSBRI). Through this program, Cromer will conduct a one year research project with the eventual aim of protecting astronaut health during long-duration spaceflight.

In addition to receiving the new First Award Fellow, Cromer will become a member of one of NSBRI’s seven science and technology teams. This will allow him to interact with some of the nation’s leading researchers in their respective fields and participate in scientific meetings organized by NSBRI, as well as by NASA’s Human Research Program (HRP).

“It is common for astronauts have issues with muscle wasting and eye sight. But major gastrointestinal dysfunction, while less likely during short term space flight, would require immediate and severe medical treatment which is pretty difficult in space,” Cromer said. “I hope my research can not only prevent it, but counteract it.”

But Cromer’s findings won’t just benefit astronauts. He explains that the outcomes of his research is meant to help anyone with gastrointestinal inflammation and that space is a rapid test-bed for therapies and could be a proving ground for developing treatments and therapies for gastrointestinal dysfunction.

“This opens up a whole new world,” Cromer said. “If we can do this in a manner that’s cost effective and safe, it can be tested in animals in space and then can be used with human subjects in space very quickly.”

Cromer joined the Texas A&M Health Science Center College of Medicine as a post-doctoral researcher in the Department of Medical Physiology under the mentorship of David C. Zawieja, Ph.D., Regents Professor, Director of the Division of Lymphatic Biology and interim chair of the Department of Medical Physiology. Cromer credits Zawieja for encouraging him to explore new research avenues and for giving him the freedom to pursue new research paths such as this fellowship.

“Everything we research is to benefit humanity, that’s what we want as researchers: to go from our bench work to helping someone else,” Cromer said. “NASA and NSBRI allow us a rapid approach to developing therapies, it’s a great opportunity and I’m very honored to be selected.”

“Since the launch of the First Award Fellowship Program twelve years ago, over sixty exceptional young scientists have been trained and successfully transitioned to careers contributing to our nation’s human space program,” said Jeffrey P. Sutton, NSBRI President, CEO, and Institute Director. He added “these young scientists have been equipped with skills, experience, a network of colleagues, and the enthusiasm that strengthens the scientific workforce of the future.”

Each First Award Fellow receives a stipend as well as additional funds to cover health insurance and travel to meetings organized by NSBRI and NASA’s HRP. The Fellows also have the opportunity to attend the Summer Bioastronautics Institute at NSBRI’s Headquarters and demonstration laboratories within the BioScience Research Collaborative in Houston, TX.

Since 2004, the NSBRI First Award Fellowship Program has solicited for applications annually, and 63 fellows have been admitted into the program.