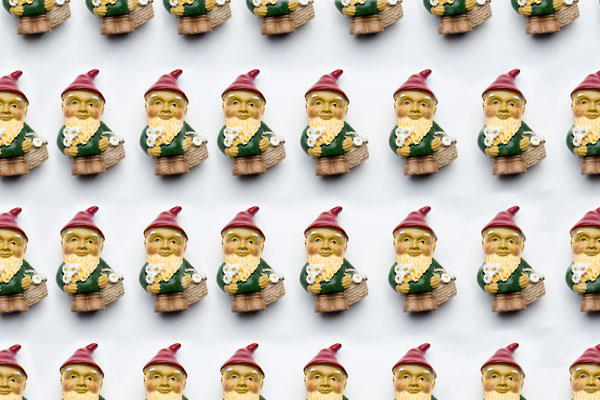 The future of medicine may lurk in our gut

Trillions of tiny creatures lurking in our gut, also known as microbiota, could treat a variety of diseases from arthritis to diabetes
November 4, 2015

The human microbiome is the collection of tiny organisms that live in and on our bodies. There are 10 times as many of them inside each of us as there are human cells, and they represent a range of 10,000 different microbial species, largely of “good bacteria,” or microbiota.

“I think it’s fair to say that in biomedical research, investigating the microbiota is one of the hottest and most impactful areas of research today,” Alaniz said, with U.S. and international scientists calling for the creation of a major initiative to study the microbiome in a variety of species in addition to humans. This is partly because the microbiome is linked to a number of complex diseases and conditions, from obesity and colitis to autism.

For example, scientists have shown that if they transplant the microbiota of an obese individual to an animal model (without any gut bacteria), the recipient animal will then become obese. “Although the obesity epidemic is largely a disorder of a host’s metabolism,” Alaniz said, “the microbiota that are present in our gut are a key partner in either promoting or preventing obesity.” Similar studies have been performed with human colitis.

Although it may seem logical that the tiny creatures that live in the gut might have an impact on obesity and colitis, it is more difficult to understand how they could also be involved in autism, asthma, or other diseases outside the gut. According to Alaniz, it likely has to do with the chemicals the bacteria produce. One of these chemicals has been identified as being able to circulate to the brain and affect behavior. “The link between the gut and the brain is becoming more appreciated, at the same time the mechanisms of how these links may be established are becoming more and more known,” Alaniz said. “On one level, that’s pretty fantastic, because we can wonder how were microbes selected to produce these biochemicals, and how did humans evolve to recognize these microbial signals? But when you take another step back, it makes some sense, because these microbes have co-evolved with us in our guts over hundreds of millennia.”

Overall, the gut is the body region best known for harboring the microbiome, yet nearly every body site—especially those that interact with the outside environment such as skin, nasal passages and lungs—has its own specific set of microbes. However, determining the mechanisms that mediate the beneficial (or detrimental) effects of the microbiota at each body site is an extremely daunting task and a very large “black box.” “It’s still unclear in every disease which exactly are the good microbes, and which exactly are the bad, and what they do”, Alaniz said. “We think our research is filling-in that black box, by identifying the specific chemicals the microbiota produce, which microbes produce them, and how these microbial biochemicals regulate our physiologic- and immune-systems to promote our health.”

“To avoid research on the microbiota in health and disease, is to avoid the future of biomedicine.”

Alaniz and his research team, along with his collaborator Arul Jayaraman, Ph.D., a professor of chemical engineering at Texas A&M University, focus on how particular products, produced only by the microbiota, influence the function of T-cells, which are key regulatory and protective cells of the immune system. In so doing, Alaniz and Jayaraman have received a $2 million grant to study how to tailor the function of these T-cells to treat or prevent inflammatory diseases like colitis, arthritis and psoriasis.

“The microbes in our gut and in other parts of our body are extremely important partners in overall health, but if we can reveal the key symbiotic mechanisms they use, it opens up a universe of discovery potential,” Alaniz said. “Our goal is now to translate our discoveries into a new generation of therapeutics that can treat a variety of diseases where its known the microbiota have an impact.”

It’s a laborious, multifaceted process. First, the researchers use computer algorithms to predict what molecules could be produced by the microbiota, and then they use a mass spectrometer to see what molecules are actually present. They then study whether the abundance of that chemical tends to increase or decrease during a particular disease. “Then we can test these chemicals directly on cells in vitro and determine how they function,” Alaniz said. “When we look at the cells at a molecular level, we get a very good picture of how the microbiota are mechanistically functioning to regulate our own host immunity.” If these studies show the chemical in question has promise as a potential therapeutic, they are now ready to test them in an animal model of disease.

Time-consuming and complex as it is, this work is already showing great success for multiple diseases. In an ongoing study, Alaniz and his team were able to use a chemical made by the microbiota to treat diabetes as well as the leading anti-diabetic drug does. “In diagnosing someone with a particular disease that has a strong link to the microbiome,” Alaniz said, “I think our research and the work of others will enable clinical medicine to eventually use the health of the microbiota as either a diagnostic factor and/or potentially a therapeutic intervention, alone or in combination with current drug therapies.”

To help build the specialized infrastructure for microbiota research at Texas A&M, Alaniz and Jayaraman were awarded two grants to create the Center for Integrated Microbiota Research (CIMR) and the Integrated Metabolomics Analysis Core. In the CIMR, which Alaniz directs, they will be able to raise germ-free animal models, which is “a very powerful system,” Alaniz said. “We’re very excited to be initiating it.” Before, they had to rely on other institutions for what they needed, and as there are only about 30 such facilities nationwide (and, before Texas A&M, only one in Texas) with this capability, thus the resources weren’t always easy to find. “We predict more Texas A&M investigators will be doing microbiota research,” Alaniz said, “and we will be able to recruit new investigators who are already studying the microbiota to come to the health science center – which will help A&M become an important player in this groundbreaking field.”

In the meantime, there are a few things that people can do to help the health of their microbiota. “Eating well, eating your vegetables, eating your broccoli—we are beginning to understand, on a mechanistic level, why that’s beneficial.” In the case of broccoli, for example, there are specific chemicals in broccoli that the microbiota are able to metabolize to a second, different chemical that promotes our health. Diets that are high in fiber are also good because the microbiota metabolize fiber in a unique way and the chemicals produced are able to regulate our immune system.

As for the much-touted probiotic supplements? Alaniz is optimistic but cautious. “I think probiotics will be useful,” he said, “but my concern is that what is on the market may not be the probiotics that were tested scientifically, and I predict that as the clinical trials are done, we’ll get a much better picture of which ones are helping us.”

Nevertheless, one thing is certain: The microbiome holds great promise for the future of science and medicine. “To avoid research on the microbiota in health and disease, is to avoid the future of biomedicine,” Alaniz said.