The pressure is on: Disaster Day teaches students how to work together in an emergency

A rapidly moving wildfire had been making its way toward Bryan/College Station and finally hit around 2 a.m. It came from the south and engulfed two out of the three hospitals in the area. To make matters worse, winds sparked a fire in a gas tanker that was filling up a local gas station, causing a massive explosion that struck unsuspecting students standing outside a nearby high school.

Fortunately, at a local church, a team of about 200 medical professionals is standing by to help.

This was the scenario as students from colleges throughout the Texas A&M Health Science Center prepared to take part in the 2015 edition of Disaster Day, an annual exercise designed to give future health care professionals experience working together in an emergency. The event – which is one of the largest disaster simulations in the country – is planned and executed by students in the Texas A&M College of Nursing, with guidance from faculty members. The scenario was replayed in both the morning and afternoon to give as many students as possible the opportunity to participate.

The students gathered at Central Baptist Church in College Station, which in real life has been designated as an emergency relief center for Brazos County in the event of an emergency. Inside the church’s auxiliary building, rows of cots were neatly arranged in lettered rows and a pharmacy station was set up in the middle.

At the beginning of the exercise, the students all lined up against the walls to hear the scenario. Then they divided into teams and went to work treating volunteers who served as patients, all of whom were realistically made up to appear injured. Some patients were so convincing it was hard to tell it was just an exercise.

In Pod 1, first-year nursing student Micah Rimmer was part of a team that headed first to attend to a middle-aged woman who was having trouble breathing. Rimmer checked her pulse, while other members of the team took the woman’s blood pressure and temperature and checked her heart. The team administered oxygen to the woman and asked if there was anyone they could call for her.

On the next bed, a woman was lying down and holding her head as she screamed in pain. Her face was covered in soot. The team decided to order an EKG and gave her some Tylenol to help with the pain.

Suddenly, over in Pod 3 came a cry of “Code Blue,” one of five life-or-death cases the team working in that area had to deal with right off the bat, in addition to a woman giving birth. Despite performing CPR on the patient for 15 minutes, they lost him.

“He had intestinal bleeding and needed surgery, which we couldn’t provide,” explained Laurelyn Kramer, a senior nursing student who was taking part in her second Disaster Day exercise.

After administering CPR to the bleeding patient, Kramer’s team turned its attention to a firefighter who had come in with burns on his arm and was dizzy and weak. His blood pressure was low and his eyes had black circles under them from lack of sleep. The team also put him on oxygen and gave him some Tylenol.

On the next row over, a young girl was sitting on a cot with a fractured ankle. Kramer put her ankle in a splint and told the girl to go home, elevate the leg, and put ice on it. She told the girl she will need to go get a cast on the ankle in a few days once the crisis has passed. Kramer found some crutches for the girl and made sure she knew how to use them before she was discharged.

No sooner had the girl hobbled away on crutches than a woman with a burned hand walked in crying and in a panic because her friend was missing. A nursing student poured alcohol onto a gauze bandage and wrapped the hand, while another student went to try and find the woman’s friend.

The exercise went on for an hour and a half, during which each team had the opportunity to treat at least three patients. By the end of the exercise, trashcans scattered around the room were overflowing with gloves, used paper sheets and bandage packaging.

“This was a great experience,” said Micah Rimmer, the first-year nursing student who was working in Pod 1. Rimmer admitted to being anxious at the beginning of the exercise, but said it should help him when he gets to his coursework on acute care.

“No one died in our pod, so I couldn’t have done too badly,” he said.

Francis Onyebuchi, a third-year medical student who worked in Pod 3, said the exercise showed him how mentally prepared medical professionals need to be to work in such a crisis situation. “I was so stressed it was hard to think,” he said.

Onyebuchi said the exercise helped him learn the importance of communication and teamwork.

“Team management is what keeps patients alive,” he said. 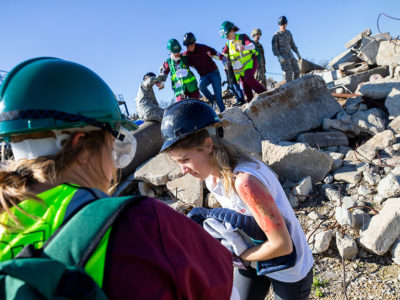 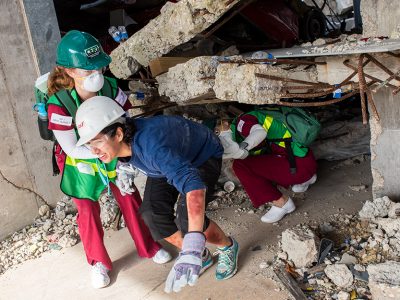 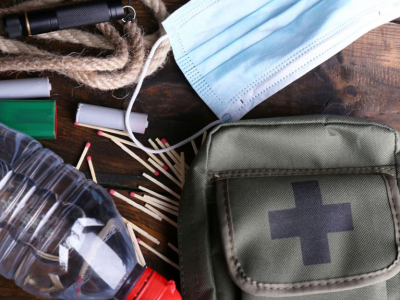 You asked: How can I prepare for a disaster? 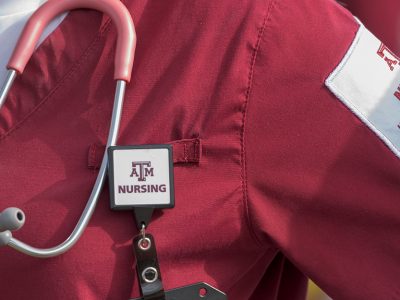