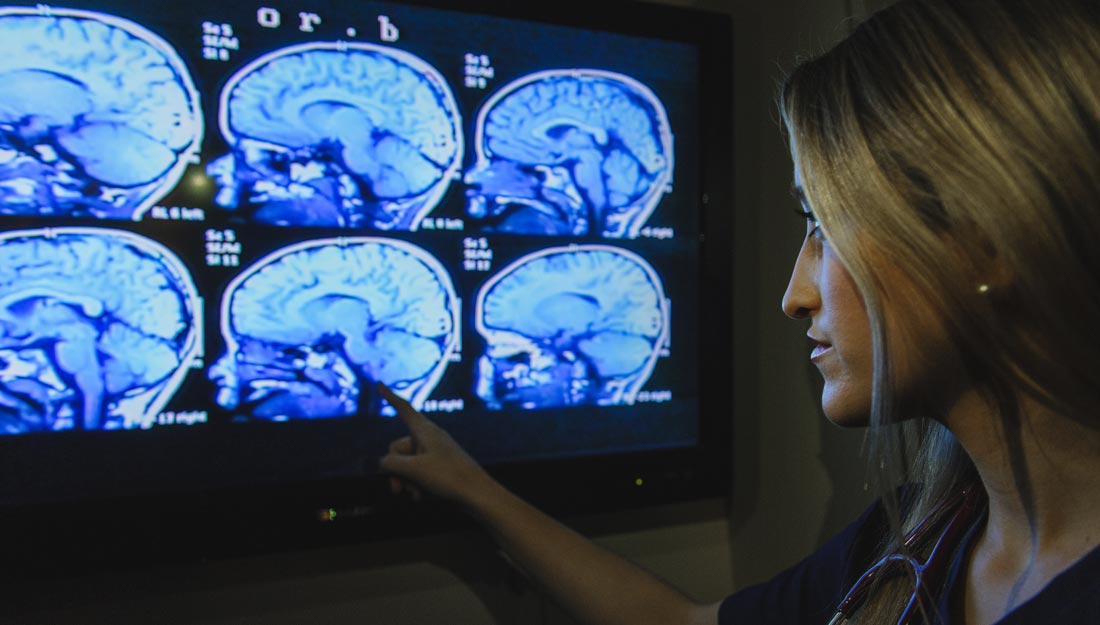 Studying the connection between brain anatomy and genetics may help unlock the secrets of post-traumatic stress disorder
October 7, 2015

Researchers at the Texas A&M Health Science Center are hopeful that studying the connection between brain anatomy and genetics will help unlock the secrets of post-traumatic stress disorder (PTSD). Once called “shell shock,” PTSD used to be thought of as only a psychological problem with common symptoms, not a medical issue that has physical signs and corresponding treatments. Even with this progress, though, much is not understood about the mechanisms behind the disorder.

Keith A. Young, Ph.D., professor of psychiatry and behavioral science at the Texas A&M College of Medicine in Temple, and his collaborators looked at tissue from the medial orbitofrontal cortex of the brain, which is thought to play an important role in PTSD. The scientists looked for differences in gene expression and dendritic spine density between brains of those with PTSD and those of normal controls. Dendritic spines are the tiny offshoots of neurons that send signals across synapses.

“We think this is only the third PTSD post-mortem brain paper published so far, and it is the largest so far,” Young said. “It is also the first to study dendritic spine architecture in PTSD.”

Young, who also is an investigator at the Veterans Affairs (VA) Center of Excellence for Research on Returning War Veterans at the Central Texas Veterans Health Care System, became interested in PTSD after he saw so many veterans return with it after recent military deployments. More than 11 percent of returning war veterans have PTSD in a given year, compared with only about 2.6 percent of the general United States population. Therefore, the issue is an important one to the VA, Young said, and the work was supported by a grant from U.S. Army Materiel and Medical Command.

Young has focused on the pathophysiology of PTSD for many years. A certain gene, FK506-Binding Protein 5 (FKBP5), has been shown to increase susceptibility to PTSD, as high levels in the brain can make neurons less “plastic,” or able to change.

Indeed, in this study, Young and his colleagues found a strong correlation between levels of FKBP5 and the density of dendritic spines. Higher levels of FKBP5 were related to more “stubby” spines, but fewer mature mushroom-shaped spines and fewer spines overall. This finding helps explain why there is a relationship between this gene and brain function, as spines are responsible for communication between neurons.

The researchers also found that those with PTSD tended to have higher levels of FKBP5 than the control group did and also exhibited the accompanying changes in the density of spines in the medial orbitofrontal cortex. These differences in the ratio of mature, mushroom-shaped spines to simpler, stubby spines probably indicate how stress—including extreme stress in the form of PTSD—can affect the brain’s ability to change. Brains need to be able to change in order to adapt to different circumstances, such as transitioning from a battlefield back to civilian life.

“Although it is a very small sample size, our results were consistent with what has been found in MRI scans before and after trauma and in animal models of PTSD,” Young said. For example, acute predator stress in animal models, thought to have relevance to PTSD because it generates long-lasting hyper-arousal and anxiety, has also been associated with decreased spine density after a traumatic exposure.

Young acknowledges that there might be confounding factors in the study. It is possible that at least some of these differences seen between the two groups were due to differences in alcohol consumption. “None of the controls had a history of heavy drinking, but a history of heavy alcohol use was common in the PTSD group,” Young said, with six of the eight patients being heavy drinkers.

Still, Young remains optimistic. “It’s an interesting first paper,” he said. “We will continue this work using a larger sample size from the newly funded National Center for PTSD Brain Bank.” Young, who is on the steering committee of the brain bank, believes the bank will be a vital resource for this type of research going forward. Doctors are encouraging all veterans—those with and without PTSD—and their family members to discuss making a future brain donation and to enroll in the PTSD Brain Bank repository.

“I’m very hopeful about the future of PTSD research,” Young said, “and the difference that we can make to those people suffering from this disorder.”