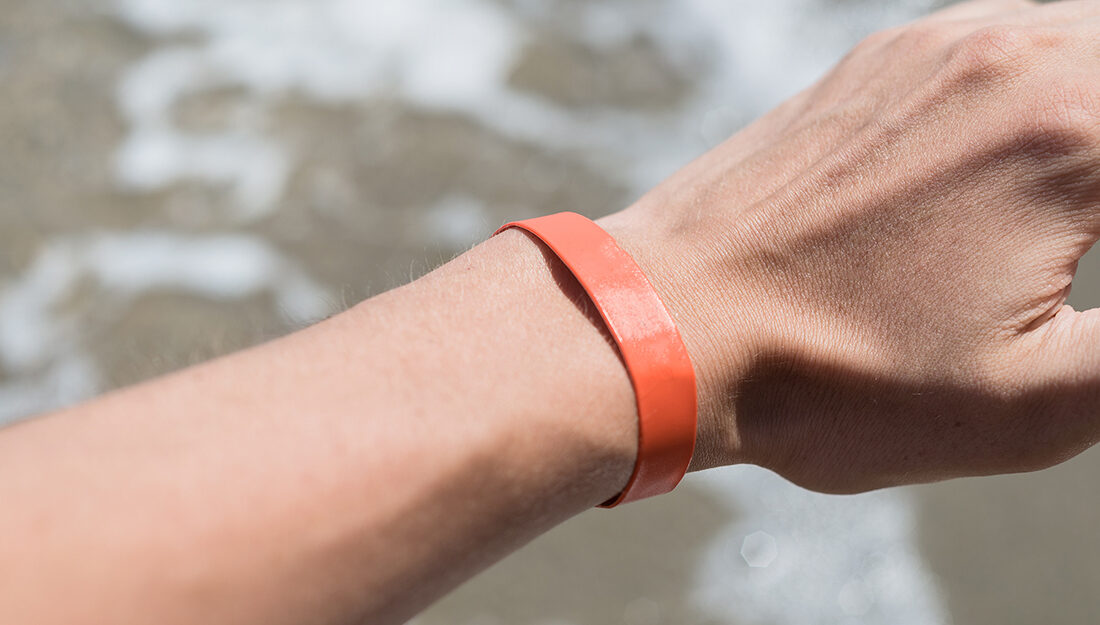 A study by researchers at the Texas A&M University School of Public Health shows that inexpensive and convenient devices, such as silicone wristbands, can be used to yield quantitative air quality data, which is particularly appealing for periods of susceptibility such as pregnancy.

The research team found that the silicone wristbands, when used as passive samplers, have the ability to bind smaller molecular weight semi-volatile polycyclic aromatic hydrocarbons (PAHs) in a similar pattern as active sampling.

Published recently in Nature’s Journal of Exposure Science & Environmental Epidemiology, the study focused on pregnant women in Hidalgo County in South Texas. This particular area of Texas was selected because of the heightened prevalence of childhood asthma in the region, as well as a higher prematurity rate (14.8 percent) compared to the rest of the state (12.9 percent).

The study was aimed at quantifying maternal PAH exposure in pregnant women residing in McAllen, Texas. To gather the data, participants carried backpacks containing air-sampling equipment, and also had a silicone wristband attached to the backpacks. After three nonconsecutive 24-hour periods, the air-sampling equipment and wristbands were analyzed for PAHs.

PAHs are a class of chemicals that occur naturally in coal, crude oil and gasoline. PAHs are also produced when coal, oil, gas, wood, garbage and tobacco are burned. Prenatal exposure to PAHs has been shown to lead to adverse health effects in children.

“Maternal exposure to PAHs during pregnancy is particularly harmful to children’s health since this is a phase of rapid human growth and development,” Johnson said. “Thus, easy methods to quantify PAH exposure are of critical need in order to evaluate risk and develop effective intervention strategies.”

When the researchers analyzed and compared the data from the air sampling equipment and the wristbands, they found that the wristbands yielded similar results to the more traditional testing methods.

The researchers extracted the air sampling equipment — Polytetrafluoroethylene Membrane Filters (PTFE filters) and the XAD resin tubes — from the backpacks after the 24-hour period. They found that median level of exposure to PAHs was 5.54 nanograms per cubic meter (ng/m3) in the filters and 43.82 ng/m3 in the XAD tubes. The median level measured in the wristbands was 586.82 ng/band. 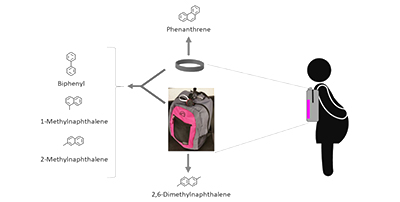 With the results being similar, the researchers suggest that the use of the silicone wristbands as a passive sampler could be useful in studies of semi-volatile PAHs.

“The use of wristbands is appealing because it is inexpensive and easy to wear,” Mendoza-Sanchez said. “Wristbands have been used to detect a number of pollutants but qualification of those pollutants remains a challenge. Our goal was to evaluate to what extent we can use wristbands as passive samplers to quantify PAHs in air.

“We found that patterns of detection are similar for low-molecular weight compounds and that attaching the wristbands to the backpack’s strap is a good sampling design for evaluating conditions under which wristbands could be used for quantifying PAHs in air.”

Other contributors to the study include: Misti Levy Zamora and Kirsten Koehler from the Department of Environmental Health and Engineering at Johns Hopkins Bloomberg School of Public Health; Stephen Sweet from the Geochemical and Environmental Research Group at Texas A&M; and Tara Ramani and Josias Zietsman from the Environment and Air Quality Division at the Texas A&M Transportation Institute.