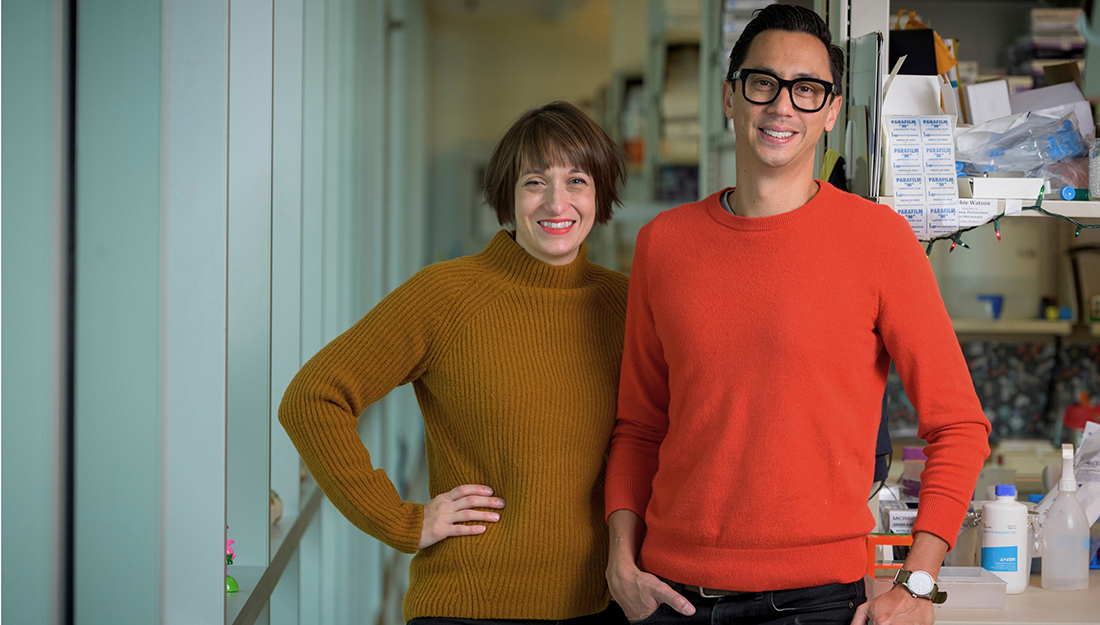 Robert O. Watson, PhD, MPH, assistant professor in the Department of Microbial Pathogenesis and Immunology at the Texas A&M University College of Medicine, has been recognized as a “Future Leader in the Field of Host-Microbe Interactions” by Infection and Immunity (IAI), a journal in the American Society for Microbiology.

This recognition by IAI honors the most promising early-career scientists who specialize in researching host-microbe interactions. Over 90 early-career scientists were nominated by peers from various countries around the world for this special recognition. Watson was one of just 12 scientists chosen for this achievement. Selected researchers were given the opportunity to write a “minireview” as part of a special issue, including Watson’s, entitled “Mitochondria: Powering the innate immune response to Mycobacterium tuberculosis infection.”

Founded in 1967, Infection and Immunity is a peer-reviewed medical journal that publishes research related to pathogenic parasite, fungi, bacterial infections and other topics relating to immunology, molecular pathogenesis and cellular microbiology. The journal is published by the American Society for Microbiology.

“This was an amazing opportunity for me to get our lab’s ideas out there in the scientific community. We see the intersection between mitochondria and Mycobacterium tuberculosis to be a major theme of my research program moving forward and I’m so pleased that IAI chose to highlight our research and promote our review.”

Watson currently works alongside his spouse and co-author on the review, Kristin L. Patrick, PhD, assistant professor in the Department of Microbial Pathogenesis and Immunology in their lab: the Patrick and Watson Lab. Their lab is interested in understanding more about various interfaces between intracellular bacterial pathogens and their hosts.

His research interests lie in studying on host-pathogen interactions focusing on how intracellular bacteria interface with the innate immune system.

“Dr. Watson is an outstanding research scientist worthy of this praise,” said James Samuel, PhD, Regents Professor and Head Wofford Cain Endowed Chair in Infectious Disease in the Department of Microbial Pathogenesis and Immunology at the Texas A&M College of Medicine. “Dr. Watson is a wonderful asset to the department and will continue to make important contributions to the field of host-pathogen interaction.”