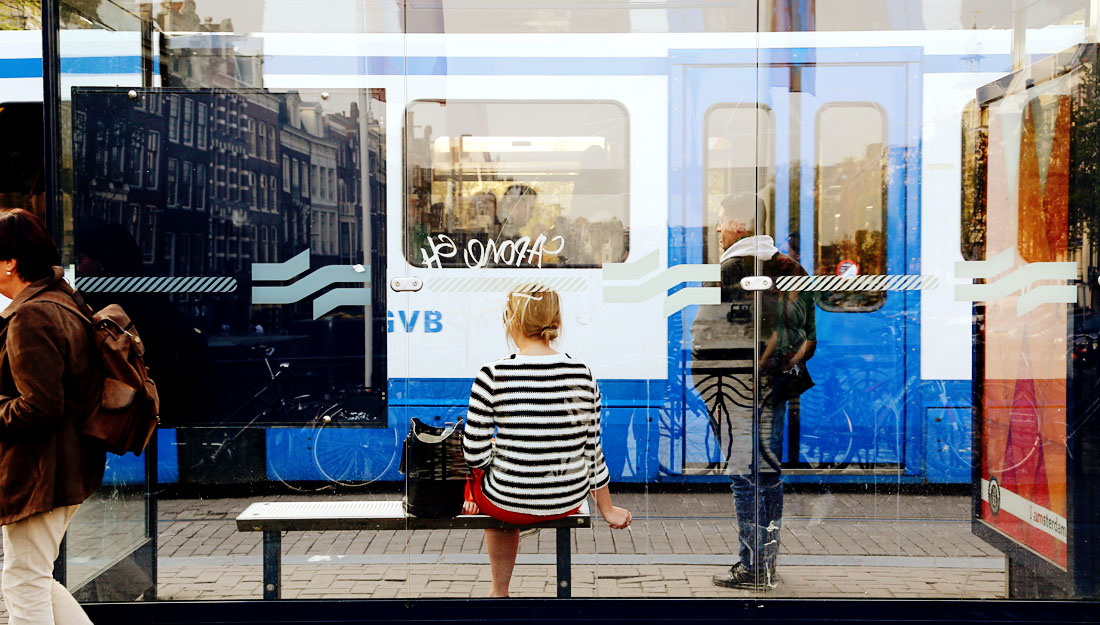 When “access” becomes a barrier: The environment of health care accessibility

A young woman shivers at a bus stop on a cold morning. You observe her every Monday during your commute to work and hardly give her a second glance—but today, as she holds a small child in her arms, you begin to truly see her. What could her story be?

She is a single mother who waits tables at the restaurant down the street. She doesn’t own a car, and, in order to manage complications from her Type 1 diabetes she is forced to take a two-hour bus ride to the urgent care clinic downtown. She frets about the money she will lose today for calling in sick. Her appointment will take half the day and she couldn’t find anyone to watch the baby. “Will I even be able to afford the out of pocket cost for my treatment,” she wonders?

This is a heartbreaking scenario—and unfortunately one lived out by too many members of our population. “Unequal access to health care services is a very real problem facing the medical landscape,” said Kenneth McLeroy, Ph.D, M.S., a regents and distinguished professor in the Department of Health Promotion and Community Health Services at the Texas A&M Health Science Center School of Public Health. “Health insurance coverage plays a role in this, but many other unusual factors such as having reliable transportation, how we are treated when we walk through the door of a doctor’s office and our own cultural and personal beliefs all impact how and why we seek medical care.”

Access—according to the dictionary—is defined in two separate ways. As a noun, it means the state or quality of being approachable. In its verb form, it is defined as making contact with or being able to reach something. The true meaning of “access to care” isn’t quite as black and white as these definitions, and the approachability of health care can easily become a barrier in different circumstances.

Our surroundings and personal circumstances can be the greatest shapers behind our approach to health care services. Environmental barriers, like reliable transportation, play a large role in health care access. Unequal access to transportation may lead to missed appointments and delayed care—which causes poor management of health conditions and undesirable health outcomes.

“Having reliable transportation is essential when we think about access to care,” McLeroy said. “How do you get to your doctor and how do you get home? Public transportation isn’t always the answer, either. In some cities you could spend your whole day on a bus trying to get from one place to another because routes aren’t efficient.”

McLeroy stated access is less of a concern in the northeastern United States where good public transit systems are in place, but in states like Texas, it’s more problematic because there is virtually no public transportation. Worth noting, a 2014 study found 55 percent of missed appointments and late arrivals were to due to public transit problems.

According to McLeroy, geography and location may be even more limiting than transportation in some cases. “There are various classifications of rural areas,” he said. “If you’re out in Marfa, Texas, it’s a whole different world than if you reside 50 miles outside of Austin. Large portions of rural Texas have low access to services because of travel time or they’re limited in terms of public health services. Many counties don’t have any public health services except those provided by the state.”

Our own cultural and personal beliefs can be a surprising complication when we pursue health care decisions. “Most people are predisposed to think a certain way before they even seek out health services,” McLeroy said. “This includes evaluating how sick we really think we are and if we even need to see a doctor. The vast majority of people normally talk to friends and family members about their symptoms before talking to a physician. This type of interpersonal communication has a large effect on when and how we approach health care.”

McLeroy said one such example was observed in migrant populations in Canada. “Canada has a much different access to care problem than the United States,” he said. “They have reported large discrepancies in migrant populations because there is an enormous variation in first, second and third generation immigrants about the use of health care and by whom it should be used. Their cultural sets of belief affect how these populations seek access to care.”

What do you need?

Our inherent needs for health care work in tandem with how we utilize health services. “When we approach the access problem we often defer to our ability to receive medical services,” McLeroy said. “What drives the use of services? The answer to that question is our needs.”

According to McLeroy, we may mistakenly assume that in an equitable health care system, every person obtains equal access to care based on their need for services. “We want to believe that needs drive use, but that is not always the case,” he said. “For example, in low-income populations the need for service is greatest—and while they have high utilization rates, this sector often has poor health outcomes. This is because low-income populations tend to seek care later than populations who are better off financially.”

The struggle to get covered

A 2015 study by Kaiser Family Foundation found that while there was an uptick in insurance coverage in the last two years—largely due to consumer enrollment in federal Marketplace plans—cost still poses a major hurdle to insurance coverage.

While low-income working families make up more than 40 percent of the remaining uninsured, McLeroy noted that when we talk about poverty income and the use of health services, socioeconomic status may not be the best indicator of who is most disadvantaged.

“Medicaid coverage does not limit who it covers and it does tend to offer coverage to the poor segments of the population,” he said. “But, two tiers up is a group of people—mostly blue-collar workers and service professionals who don’t work in skilled trades—who may be denied appropriate access because of inadequate leave policies. They cannot seek out services because they don’t have the time off available.”

In the same vein, different segments of the population are affected by how a health service is organized. When are services available? Are they only open from nine to five? What is the out of pocket cost? “These are important questions we all ask ourselves when thinking about health care,” McLeroy said. “We would like to see equal amounts of care depending upon these various levels and defined by how and when people use them.”