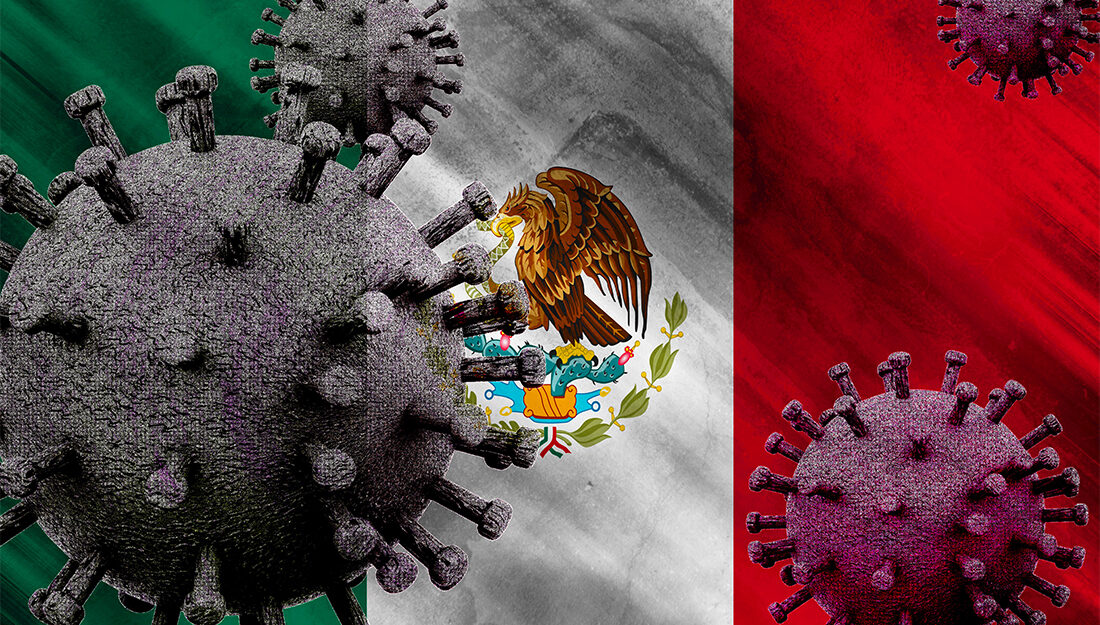 Over the past year, COVID-19 has spread worldwide, causing illness, hospitalizations and deaths in virtually every country on earth. However, COVID-19 has not hit every nation with equal severity, with some nations seeing uncontrolled spread and others rapidly and effectively containing the disease.

Mexico has had significant differences in the incidence, hospitalization and mortality related to COVID-19 among its 32 states. However, it is unclear what effect state-level differences in migration, access to health care and other factors may have had on the spread of the disease.

To better grasp the extent and causes of these variations, Genny Carrillo, MD, ScD, associate professor in the Department of Environmental and Occupational Health at the Texas A&M University School of Public Health, along with researchers from Marista University in Mexico, investigated COVID-19 incidence, hospitalizations and lethality between the beginning of the outbreak and April 2020. This study, published in the International Journal of Environmental Research and Public Health, used data on both confirmed and suspected cases of COVID-19 in Mexico obtained from the Mexican General Council of Epidemiology. These data also included information on subject age, gender and state of residence.

After the first confirmed case due to domestic transmission, Mexican health officials began a sentinel surveillance program to monitor the spread of the disease. Their approach relied on sampling a subset of hospital patients rather than testing only those with COVID-19 symptoms. However, older patients and others considered more vulnerable were given priority for sampling; thus, this approach missed infected people. Additionally, testing was only being conducted by public hospitals and clinics in the early days of the outbreak, with approved private facilities being included later. This could also cause biases in estimates of disease incidence.

Carrillo and colleagues also included data on survival outcomes, hospitalization and various state characteristics in their analysis. They used data on state population size and urbanization degree, interstate and international migration levels, the percentage of each state’s population relying solely on public health care, the number of public and private clinics and hospitals in each state, and estimated COVID-19 mortality. They divided subjects into three age groups: under 15, between 15 and 65, and over 65. The researchers then conducted statistical tests to find possible associations between various factors and COVID-19 incidence, hospitalization and mortality.

Their analysis found notable differences in COVID-19 indicators and outcomes between Mexico’s 32 states. Confirmations and hospitalizations were more frequent in states with more health care facilities. The researchers also noted higher COVID-19 mortality in states where more of the population used public health care than states with greater access to private care. This could be due to a lack of resources in public facilities and more people seeking care in public hospitals and clinics. The analysis also found differences between confirmations and hospitalizations that could indicate that some patients hospitalized for COVID-19 were never tested. States with higher levels of migration also had higher incidence levels; however, urbanization had no effect. Younger patients were far less likely to have a confirmed COVID-19 diagnosis. In contrast, patients over 65 had higher levels of confirmation and greater odds of dying.

This study shows a national incidence rate of nearly 14 per 100,000 people, with an overall mortality of around 6.5 percent. Mortality for confirmed cases only was about 11 percent, giving Mexico the highest rate in Latin America. However, the authors note that variations in testing rates for different age groups could have affected this result. Older patients, who frequently have worse symptoms, were more likely to be tested and more likely to die than younger patients. The researchers also caution that the small number of laboratories in Mexico approved to test for COVID-19 could bias estimates of incidence and confirmed-case mortality.

Additionally, health care facility statistics may not tell the whole story about access to care. However, preventive measures need to be in place to control the spread of COVID-19. This study shows the importance of performing further research to improve testing in the population. The conclusions of this study and other work will help inform surveillance and control measures for the coronavirus pandemic and help officials prepare for future disease outbreaks.