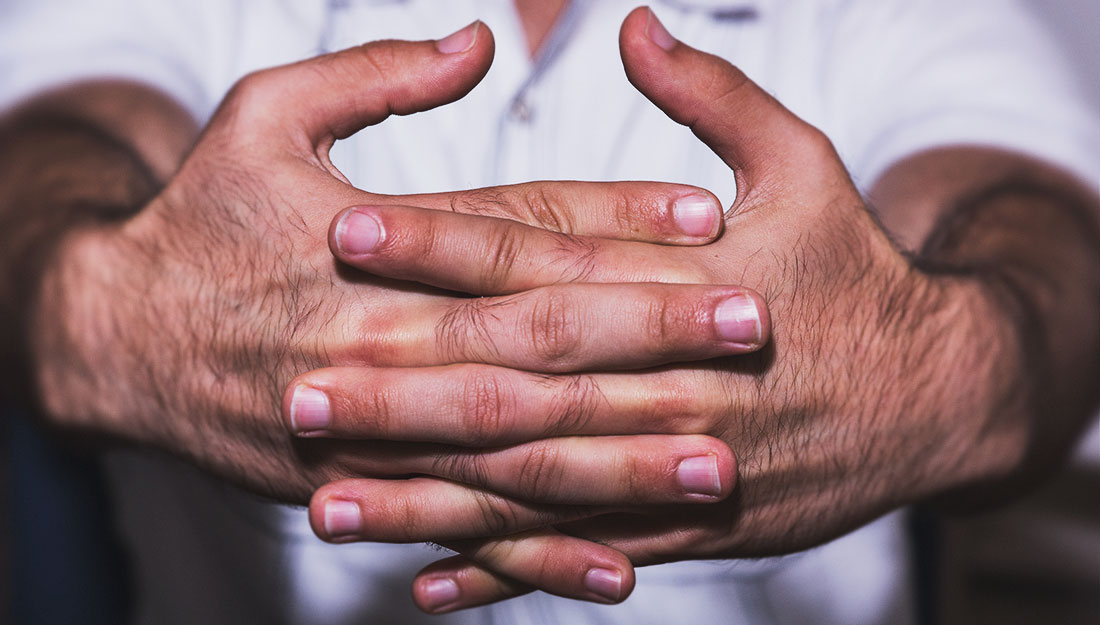 The age-old myths about popping your fingers have long been fluid. Will you or won’t you develop arthritis from caving, often out of habit, to the reoccurring desire to feel that relieving snap in your knuckles? We’re knuckling down to offer better evidence into how your digits are really affected and what may be pointing to that popping sound.

Make no bones about it

Between 25 and 54 percent of people crack their knuckles multiple times per day, but research has yet to show a correlation between knuckle cracking and osteoarthritis, which is a degenerative joint disease caused by the eroding of cartilage that cushions joints. “However, it’s bad to advise patients that it’s okay for them to crack their knuckles,” said Charles Kallina IV, MD, MS, assistant professor of surgery at the Texas A&M College of Medicine. “We don’t know across the board who has lax collagen, stiff collagen or other connective tissue disorders, such as Ehlers-Danlos, which has symptoms ranging from mildly loose joints to life-threatening vascular complications.”

Connective tissue disorders affect the tissue supporting joints, muscles, skin and organs, such as the blood vessels, lungs, heart, gastrointestinal tract and eyes. The causes, symptoms and treatments vary significantly, based on the specific disorder. Among those, joint connective tissue disorders are most affected by knuckle popping. “You really have to educate each individual on what type of joint movements are okay and which are not,” Kallina said. The problem is that people might not know that they have one of these disorders until the damage is done.

A study released in December 2015 by the University of California, Davis used an ultrasound machine to monitor 40 healthy patients while they cracked their knuckles. Thirty of the participants were habitual joint-crackers and 10 were not. The findings, which The Washington Post called “the most comprehensive study on knuckle-cracking-in-action,” revealed that the popping did not appear to result in any pain, swelling or disability in the joint. Rather, it seemed to cause an increase in the joint’s range of motion. However, this study didn’t look at possible long-term effects.

“There are so many other repetitive motions that person makes in a lifetime that could cause arthritis,” Kallina said. “It is virtually impossible to monitor a group of people long enough and sufficiently control their environment in order to definitively say whether or not knuckle cracking causes arthritis.”

One California doctor deserves snaps for his 60-year experiment to determine if his mother’s warnings that knuckle cracking leads to arthritis were, in fact, correct. He would pop only the knuckles of his left hand and never those of his right hand. Ultimately, he found no variations in the presence of arthritis between either hand and declared that he proved his mother wrong. However, given the lack of necessary controls and a sufficiently large sample size, Kallina considered this outcome insufficient proof that knuckle cracking is safe.

For decades, scientists presumed that the sometimes cringe-inducing cracking sound was generated by air bubbles collapsing in the synovial fluid surrounding the joints. The fluid acts like axle grease, allowing the jointed bones to glide near one another without grating.

In April 2015, the University of Alberta reported using MRI technology to monitor these collapsing bubbles. Despite upholding the idea that the sound occurred during the collapse, their findings were unable to pinpoint the exact mechanism.

In an effort to further probe the source of the phenomenon, researchers at UC Davis observed knuckle cracking with ultrasound machines, which are capable of detecting movement 100 times faster and events 10 times smaller than MRI machines. The study revealed ultrasonic details pointing to what experts now believe could produce the snapping sound from between the joints.

The small pockets or gaps in the joints, like those in the fingers, are filled with synovial fluid. By expanding the joint to ‘pop’ it, the synovial fluid is vacuumed into the newly created space due to the negative pressure, which is the popping you feel and hear when you crack a knuckle.

He warned that abnormal joint motions may lead to instability in the joint, possibly hampering hand function and grip strength. “It ends up being a measurable minority of people that experience issues when popping their knuckles,” Kallina said, “but bottom line: you shouldn’t pop your knuckles because we aren’t always aware of an existing connective tissue disorder.”

If you are concerned that your joints have been affected by repetitive knuckle cracking or believe you may have a connective tissue disorder, contact your health care provider.