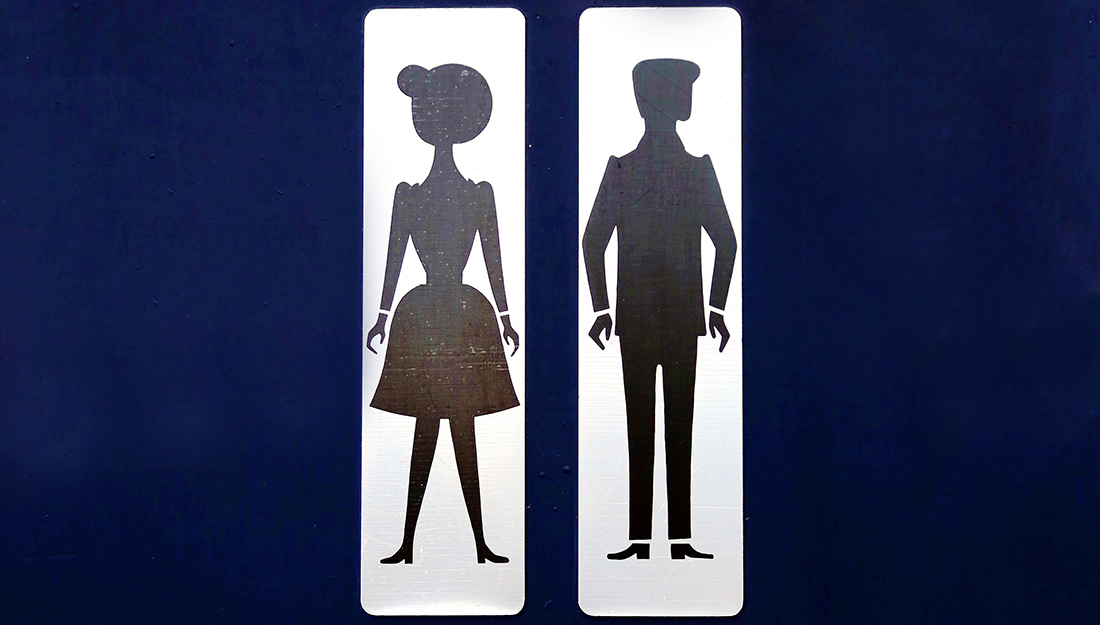 You Asked: How do diseases affect men and women differently?

On the other hand, some diseases that we might not think of as affecting men and women differently can be sex-biased, meaning their rate of occurrence, mortality rate or symptoms are not the same in men as in women. To make things more complicated the very notion of men and women might not be what people expect. According to Farida Sohrabji, PhD, professor and associate chair of the Department of Neurosciences and Experimental Therapeutics at the Texas A&M College of Medicine and director of the Women’s Health in Neuroscience program, sex and gender are defined differently. “Sex is determined by the chromosomal makeup, or genes, that make someone biologically male or female,” Sohrabji said. “Gender is the interaction of the individual within the environment based on behavioral, social and psychological factors.” Gender is thought to exist along a continuum, and sex is considered more binary, except in extremely rare cases in which a person could be born with a condition that gives them both male and female anatomy.

Sex affects diseases on a more biological level, where as gender might impact the manner in which a person responds to such diseases. Often the same disease will biologically present itself in men and women differently. However, based on historical data and research biases, some health care providers and the general public are conditioned to look for disease indicators that are more common in only one sex. “It is important for health care providers and the public to realize that symptoms for the same disease may present themselves differently based on sex,” Sohrabji said.

For example, it is common to believe that the symptoms of a stroke are the drooping of one side of the face, slurred speech or the inability to raise your hand above your shoulder. However, women are likely to report their stroke symptoms very differently. During a stroke, women often experience a headache or migraine, pain in the jaw or neck or feel confused and anxious. In the absence of wide-spread knowledge regarding these differences, women may be misdiagnosed or fail recognize what may be occurring internally and not seek immediate treatment, which is vital when a stroke is happening.

Women often have lower rates of infections because estrogen is an anti-inflammatory compound. However, because estrogen affects the immune system so powerfully, women also tend to develop autoimmune diseases, like multiple sclerosis or lupus, at much higher levels. When ovarian function changes during menopause and estrogen levels drop, diseases that estrogen shielded women from will begin to develop at increased rates. For example, women have far fewer strokes and heart attacks than men before menopause. “However, following the age of menopause, the rate of these estrogen-prevented disease becomes more equal,” Sohrabji said, “and because women tend to outlive men, these diseases may disproportionally affect women more than men as they grow older.”

Medications also work differently in each sex. “Because 100mg of medication for works for a 200-pound man, you cannot simply dial down the dosage for a 150-pound female,” Sohrabji said. Medications metabolize differently in men than they do in women, and they may have a higher concentration in women for a longer amount of time, which could result in negative side effects if improperly prescribed.

Still, differences between men and women are not limited to the purely physiological. “Gender differences also play a role in how sociology and psychology interact with biology,” Sohrabji said. Cultural attitudes about treatment often drive how diseases progress in men versus women. Men might not get tested for certain diseases, such as breast cancer, because of perceptions that it affects only women.

Another example is pituitary adenomas. These are small tumors that form on the pituitary gland, and men tend to develop larger pituitary adenomas compared to women. However, Sohrabji said this sex difference may be related to sociocultural differences between males and females and not biological sex differences. Here is why: Irregular menstruation and inability to conceive are symptoms of pituitary adenomas in women. When these symptoms appear, women are more likely to see a health care provider to be evaluated immediately, often in an earlier stage of tumor growth. Changes in sexual function are symptomatic of pituitary adenomas in men, and often these symptoms lead to embarrassment. Many men delay treatment until the tumors are much larger. “In this case, symptoms are sex-specific, diagnosis trends are gender-specific and medical data is skewed based on reporting tendencies,” Sohrabji said.

Medical data has historically been affected by gender-biases. The Office of Research on Women’s Health at the National Institutes of Health (NIH), for which Sohrabji previously served on the advisory committee, was established to oversee women’s inclusion in clinical trails so researchers could determine how diseases affect women and how hormones differ in males and females. Because of federal law, both men and women now have to be part of all clinical trials unless researchers explain why only one sex should be evaluated for that particular trial. “Unfortunately, in the basic sciences, where most of the research is done, there is no such law,” Sohrabji said. Many times, studies will only be conducted on males because of cost and convenience for not having to account for variables resulting from the estrous cycle. “Recently, the NIH put a policy into place called Sex as a Biological Variable for scientists to encourage investigators to use both sexes or justify the use of one sex to get them thinking about sex differences when requesting a research grant,” Sohrabji said, “so by the time research reaches clinical trails, there is more meaningful, useful data.”

While diseases are often generalized, health care is becoming more specialized and individualized. “There is much to discover regarding genetic-specific health care, but as we learn more about a person’s disease susceptibility, it is important to know that just because you may be susceptible to a disease, it does not mean you will necessarily contract that disease,” Sohrabji said. By working with your health care provider, you can make better health decisions by taking into account your genetic makeup, age, sex and gender.