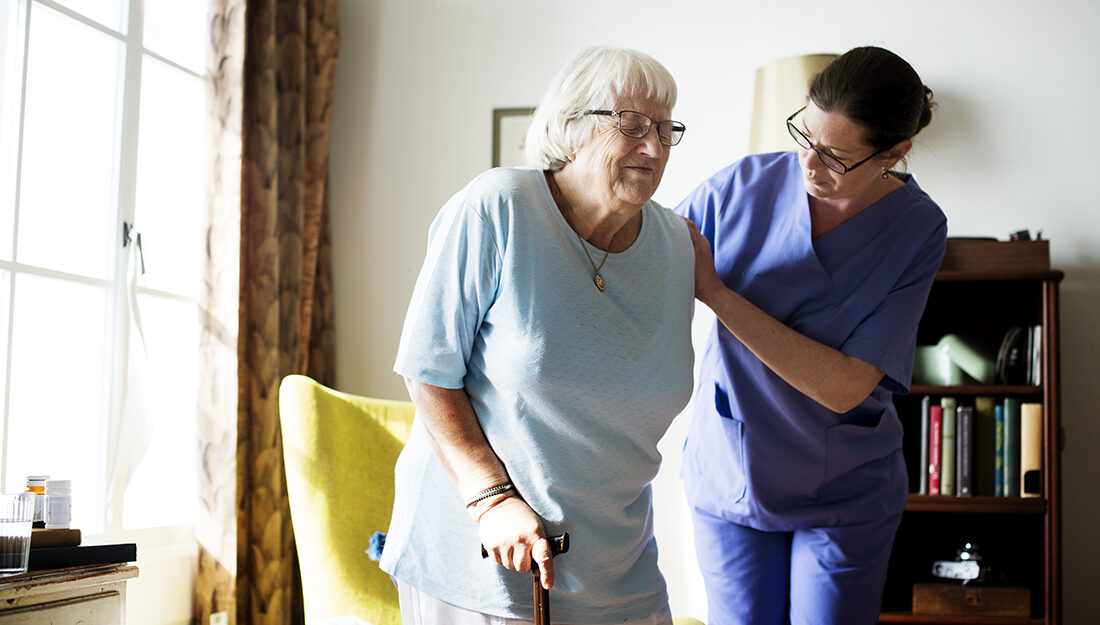 Study investigates the relationship of pain medication use with falls among community-dwelling adults based on their cognitive status
May 7, 2021
Facebook0Tweet0

Older adults with cognitive impairment are two to three times more likely to fall compared with those without cognitive impairment. What’s more, the increasing use of pain medications for chronic pain by older adults adds to their falls risk. Risks associated with falls include minor bruising to more serious hip fractures, broken bones and even head injuries. With falls a leading cause of injury for people aged 65 and older, it is an important public health issue to study in order to allow these adults increased safety and independence as they age.

Although elevated risk of falls due to use of pain medication by older adults has been widely studied, less is known about how pain medication use affects falls risk of older adults living with cognitive impairment. In a study recently published in Age and Ageing, researchers at Texas A&M University examined a national sample to identify the relationship between pain medication use and falls among older adults based on their cognitive status. The team included Texas A&M Health Center for Population Health and Aging postdoctoral research associate, Aya Yoshikawa, DrPH; center co-director Matthew Lee Smith, PhD, MPH; and center founding director Marcia G. Ory, PhD, MPH.

Using data from the National Health and Aging Trends Study (NHATS), the team analyzed associations between pain medication use and recent falls by cognitive status. The data used were self-reported measures except for cognitive test scores, which were derived from the NHATS validated algorithm based on physician diagnosis, cognitive domain (memory, orientation and executive function) test scores, and AD8 Dementia Screening Interview test scores.

Finally, the researchers note that the findings in this study have practical implications for falls prevention strategies and programs.

“To address the risk of falls associated with pain medication, especially for probable dementia, it is essential to conduct screening and medication reconciliation in the health care system. The provision of education about pain medication and alternative pain management programs is critical to preventing falls,” Yoshikawa said. “There is need for fall prevention programs that encourage both exercise training for improving one’s balance and reducing worry about falling down through fall management strategies.”