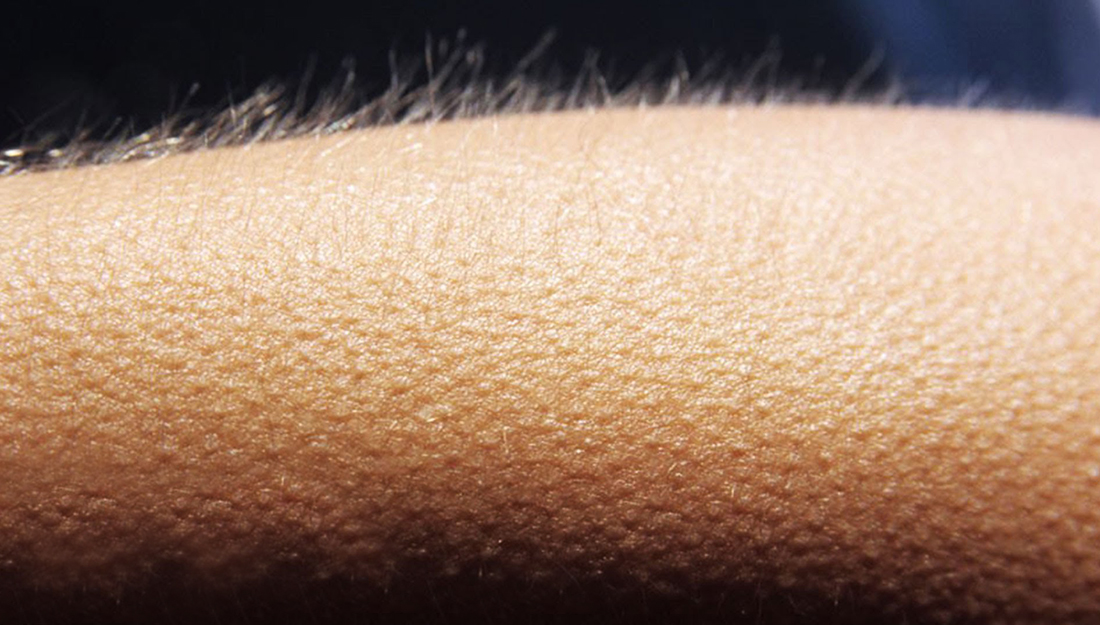 You Asked: Why do I get the chills when I’m not cold?

When you find yourself in an eerie place or the beat drops just right during a favorite song, the chills start multiplying. You know the feeling. It is a shiver that seems to come from within and makes your hairs stand on end.

William Griffith, PhD, professor and head of the Department of Neuroscience and Experimental Therapeutics at the Texas A&M College of Medicine, said goose bumps are a normal biological response to powerful emotions from dramatic or stressful situations linked to fight-or-flight. “Fight-or-flight is in response to something, typically being scared, shocked or encountering a predator, that prepares us to fight or flee,” Griffith said. “It’s part of an adrenaline reflex.” Strong emotional reaction to music or climatic scenarios can also trigger this adrenaline release.

Fight-or-flight is an autonomic nervous system response that is automatic, or not consciously controlled. This system, which is considered a peripheral nervous system because it is outside of the brain and spinal cord, regulates other involuntary functions like heart rate, breathing and digestion, explained Griffith.

When a risk is perceived, the autonomic nervous system begins its reaction in the amygdala, a part of the brain responsible for some decision-making. This triggers the nearby hypothalamus, which links the nervous system to the hormone-producing endocrine system via the pituitary gland in the brain. This gland secretes a substance called adrenocorticotropic hormone (ACTH) while the adrenal glands, situated above the kidneys, release the hormone epinephrine, also known as adrenaline. These chemical releases produce the steroid hormone cortisol to increase blood pressure and blood sugar and suppress the digestive and immune systems in response to stress.

This rush occurs throughout the body to activate a boost of energy that prepares the muscles for quick reaction to the potential threat. In turn, this hormonal release accelerates heart rate and lung function, expands muscular blood vessels and inhibits systems that are not essential to advancing or retreating like libido and digestion, among other things.

“These hormonal releases also cause the arrector pili muscles that surround the individual hair follicles to contract, making the hairs to stand on end and causing goose bumps,” Griffith said.

When these tiny muscles contact, each hair is elevated and depressions are created in the skin surrounding each follicle. The skin’s prickly surface shares resemblance with the flesh of a goose or other poultry whose feathers have been plucked, hence the term “goose bumps.”

Goose bumps are an inherited phenomenon that animals and humans both experience when adrenaline is released. When an animal’s body heat lowers, the hairs are raised to thicken the fur’s insulation and preserve more of the body’s heat. An animal can also use this hair-raising mechanism to increase its perceived size and make it seem more intimidating when threatened.

“Humans don’t necessarily have the ability or need to manipulate their body hair in such a way like our ancestors,” Griffith said, “but the trait still remains in our DNA, whether that adrenaline release is prompted by an uncanny environment or a sensational song.”

So, the next time you have “all the feels,” remember it is just the brain releasing the same chemicals that tell the skin to form goose bumps.