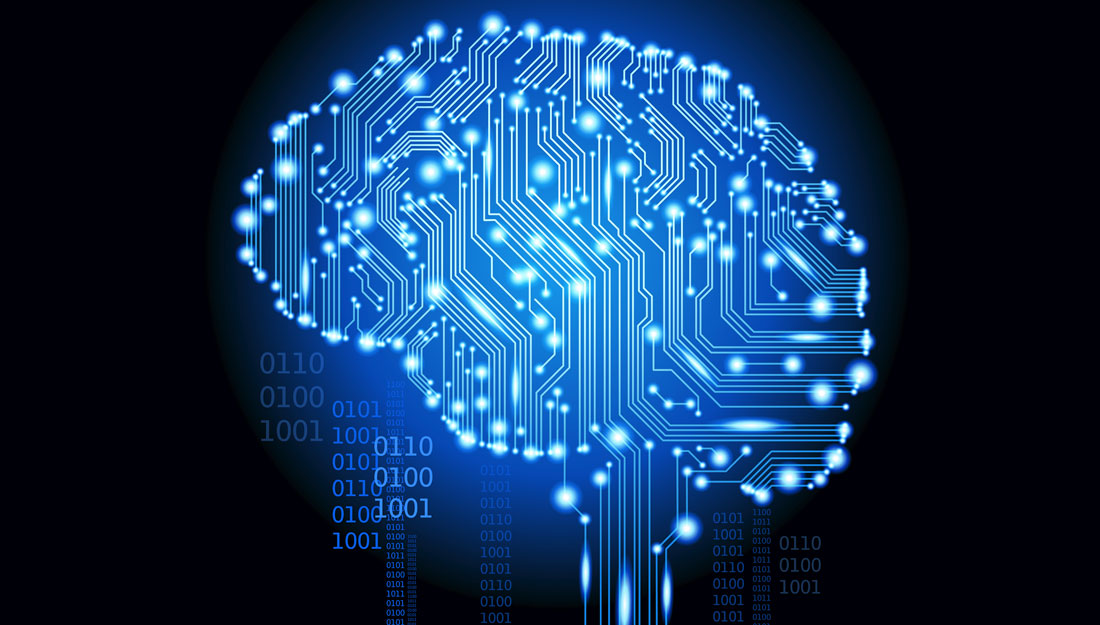 All of the tweets and text messages sent every day. All of the data collected by the millions of wearable fitness trackers. The billions of base pair sequences that make up our genomes—and the genomes of the trillions of tiny creatures that live inside us.

Alone, all of this data might not mean much, but when it is analyzed into information, and that information into knowledge, discoveries can be made that improve health, both individually and in a population, whether it is finding a link between heartburn drugs and heart attacks, possible hereto-unknown drug interactions, or molecular similarity between a skin disease and Alzheimer’s.

At the Texas A&M Health Science Center Biomedical Informatics Center, led by Jack Smith, M.D., Ph.D., researchers are examining these areas and more. A unified biomedical informatics program is essential for clinical research, according to David Huston, M.D., a practicing immunologist who leads the Texas A&M Clinical Science & Translational Research (CST*R) Institute, which is why the center is a key part of the CST*R Institute.

“Biomedical informatics is a discipline critical for enabling precision medicine and advancing clinical and translational research, which is increasingly data intensive, and requires collaboration across many communities, including health care, research and public health,” Huston said. “Translational research, or moving a new therapy from the laboratory to widespread clinical use, can greatly benefit from biomedical informatics.”

“What researchers like myself do is look at how information systems can help people make better decisions at each stage of the clinical trial process,” Smith said. “It’s always a combination of doing a better job of analyzing the data, and, increasingly, that involves integrating information in journal articles, online knowledge bases, and other materials that go beyond pure data.” Algorithms can be written to “scrape” much of this information automatically. This process can help detect potential problems with drugs or other interventions before they get any further in the clinical trials process. Smith wants to create generalizable solutions/tools to biomedical informatics problems in translational science.

Why now? We now have more data, both biomedical and otherwise, than we know how to analyze, and computers have become faster and more powerful. This is the era of big data.

“The increasing amounts and types of big data—including genetic, imaging, clinical, economic, environmental, behavioral and patient-reported—need to be integrated to generate knowledge in support of pre-clinical and clinical research, as well as community engagement, training and education,” Huston said. “The focus of biomedical informatics is to integrate data from different sources while maintaining data security involving human subjects.”

Big data is commonly thought of as having three V’s: volume, velocity and variety. The first of these, volume, is obvious: there are more data out there than ever before. It is also faster—has greater velocity—than we ever thought possible. Some data are generated in real time, which creates datasets that are constantly in flux. Finally, there is variety: data is heterogeneous, made up of the traditional lists of numbers in research datasets, but also a variety of more qualitative things like patient records, social media posts, video images and much more. If informatics is the meaning behind data, then how can we clean, transform, integrate, store, manage, retrieve, discover and otherwise process information?

More recent publications have also added three more v-words for biomedical big data: value, veracity and variability. Value means that the data needs to be clinically relevant; the most beautiful analysis in the world doesn’t ultimately matter if it doesn’t benefit patients. Veracity is similar, in that if the data is unreliable, then nothing you do with it can lead to quality results. Finally, variability reminds us that humans are unique, and that just because something is true for one person doesn’t necessarily mean it is true for everyone. In fact, a sub-discipline of biomedical informatics studies genomics.

Although it will soon be possible to have the full genetic sequence of every patient, a listing of all of those base pairs is meaningless unless they can be associated with disease susceptibility or other useful information—information that can be found only through the use of bioinformatics tools. “Specialization is not a viable approach to managing this complexity,” Smith said. “Ironically, the future world of individualized medicine will place many decisions beyond the power of individual physicians.”

Some people also add a seventh “V” for visual, and that is where biomedical informatics really comes into play. Once all of the information has been gathered, it still isn’t much use until it is presented in a way that humans can understand, and one major way people do that is through images, whether it is a chart, a graph or a picture.

As generally there are far more numbers and other data than any human can reasonably process, much of biomedical informatics is developing tools, or algorithms, to automate much of the analysis. Since all knowledge is also information, manipulating knowledge using currently available tools is also difficult, Smith said.

Therefore, one major task of biomedical informatics researchers is the creation of new tools, and some of these tools have the potential to disrupt the medical establishment while providing better clinical care for patients.

One example of this disruption is using computers to help physicians do their jobs. Hongbin Wang, Ph.D., professor and co-director of the Biomedical Informatics Center, is working on computer models of the “gambler’s fallacy.” For example, if a fair coin lands on heads ten times in a row, we will tend to think the next time it will land on tails, even though logically the odds of it doing so is still fifty-fifty. This mismatch is called the gambler’s fallacy.

“It turns out that humans are not very good at making decisions based on statistical information,” Smith said. “We have various built-in, what are called cognitive biases, because of the way the brain makes decisions.”

Wang is creating a computer algorithm that takes this into account and can guess, quite accurately, what people will decide. This is important in health care because physicians have these same biases. If they see a string of patients with the same type of symptoms and they correctly diagnose them, they may expect their next patient with those symptoms to have the same condition. On the other hand, physicians might think that they’re “due” for a patient with a different type of disease, even though there is not necessarily any correlation between the various patients.

As the federal government requires that health providers “meaningfully use” electronic health records (EHRs) in order to be reimbursed under Medicare, and, starting in January 2016, avoid penalties, there will soon be a major source of health data already in electronic format, which makes it easy to analyze—if researchers are asking the right questions.

“The immense scale of information from linked EHRs could build and validate simulation models to answer clinical questions that cannot be answered directly from EHR data,” Smith said.

Duane Steward, D.V.M, MSIE, Ph.D., an assistant professor in the Biomedical Informatics Center, looks at health care through the lens of a system engineer. He comes up with computer models of care processes so they can be simulated and new approaches tried out, to predict what techniques would improve both quality and affordability of care.

Brett Trusko, Ph.D., another assistant professor in the Biomedical Informatics Center, is also interested in using electronic health records to help health care providers make better real-time decisions. For example, he is working with eye doctors to create a repository of information about patients and the outcome of their treatments. Using data mining techniques, he hopes to discover new relationships in the data that will improve how patients are treated.

This sort of technique helps people to see patterns in the overall information, things that any single physician wouldn’t pick up on. Smith calls this the shift in medical decision making from a focus on the power of an individual brain to the collective power of systems of brains. Analyzing existing medical records—which is already done by insurance companies and other private industry—could improve patient care. Instead of running a massive clinical trial, researchers can find the same answers buried in records that will soon be electronic anyway.

Another application of biomedical informatics involves mobile health. The definition of mobile health technology changes as the digital world itself evolves. Ten years ago, the Internet might have been considered mobile, as it was not tied to a physical location as a book is. Today, when people talk about mobile health, they more often mean health care or information that involves a mobile device like a smartphone or a tablet.

Sriram Iyengar, Ph.D., an associate professor of microbial pathogenesis and immunology at the Texas A&M College of Medicine, works on mobile computing technologies for both consumers and health care providers. “My main focus is to develop not a particular app, but a technology enabling creation of such apps without programming,” he said. One of his latest projects is building an app for community health care workers (or promotoras) that has been pilot tested in Colombia, and could also be modified for use along the Texas-Mexico border as part of the Health Science Center’s Healthy South Texas effort. These apps, which are in both English and Spanish, include interactive media like video and photos, in addition to text.

Researchers around the country and the world are using cellular phones, which are treasure troves of data, to investigate public health problems like population movement and the spread of disease.

Other biomedical informatics researchers, like Steward, are trying to better understand existing therapies. He is working on scientifically defining the use of equine-assisted therapy—or using horseback riding to treat different disorders. “It’s very obvious that there are great benefits to equine-assisted therapy,” Steward said, “but we haven’t applied science to determine what is the best approach for different groups.” To that end, he plans to study outcomes of different therapeutic approaches for people with different conditions, with the idea that what is best for those with muscular dystrophy might not be best for those with autism.

Texas A&M is the ideal place for this work, Steward said, and Smith agreed, because of both the university’s strong health science center and its high-quality veterinary medicine and engineering programs. “I don’t think anyone else is doing this kind of quantitative scientific investigation of equine-assisted therapy,” Smith said.

These few examples highlight possibilities of future research in this still-evolving field.

“Our ultimate goal is to use data, information and knowledge more effectively to better understand human disease and develop effective prevention methods and efficient treatments,” Smith said. “That’s the purpose of the discipline of biomedical informatics.” 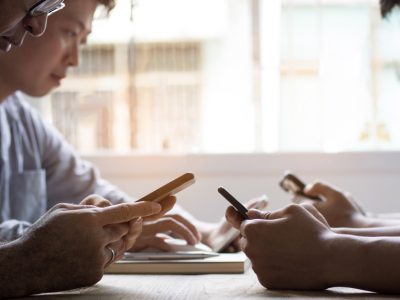 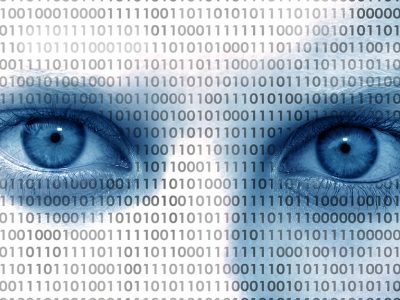 Behind the Mask-Balancing Data Privacy and Record Linkage Performance 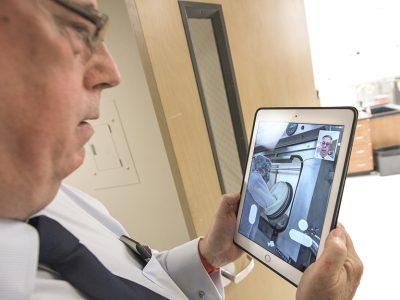 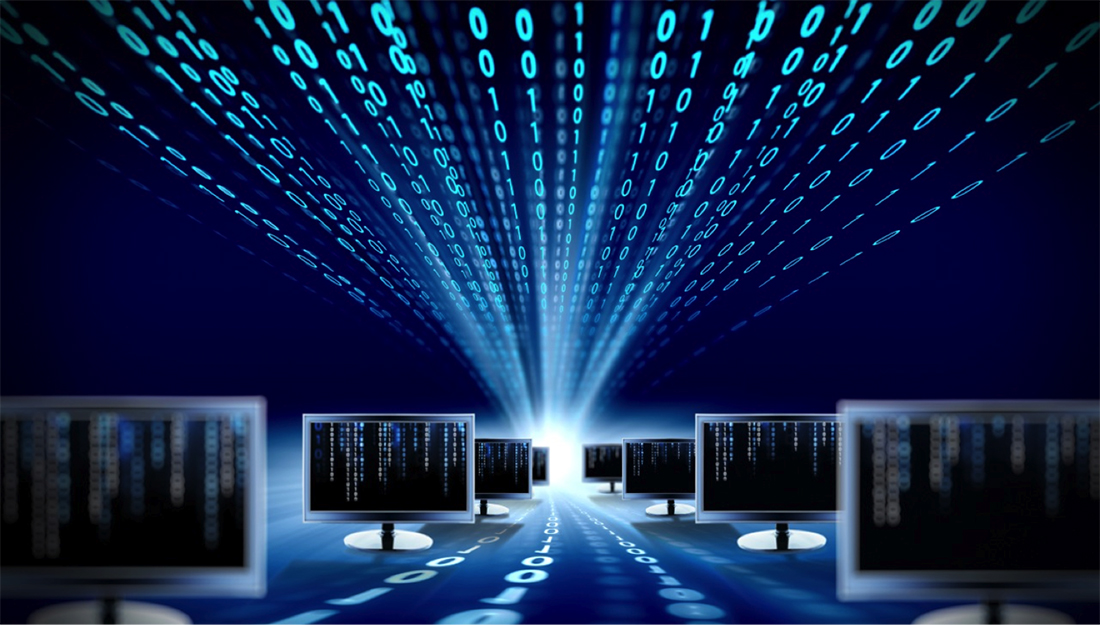