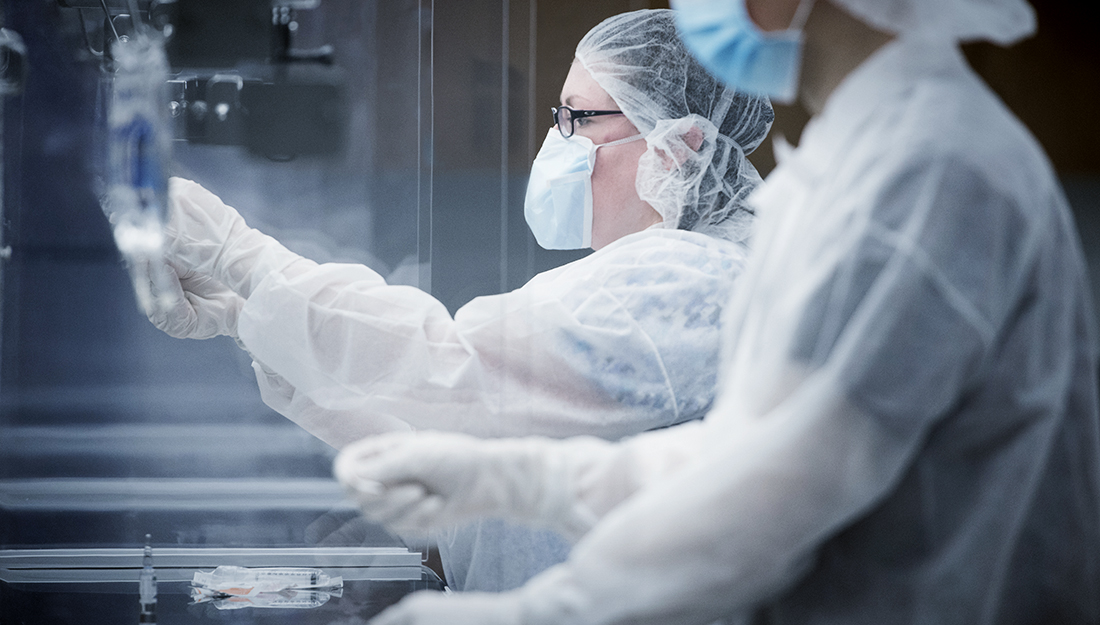 Crafting an Rx from scratch, just for you

The challenges and benefits of compounded drugs and where we go from here
January 6, 2017
Facebook0Tweet0

When a patient—let’s call him John—needs drug A, his provider knows that she can’t just write out the usual prescription because he’s allergic to one of the dyes in the liquid dose but the capsule form is too much medication for John. Therefore, his provider writes a prescription for a compounded prescription for him to take to his local pharmacist, who will take the medication from the capsule and put it into liquid form—without the dye John can’t have. The prescriber and the pharmacist will then work together to monitor John and look for any reaction—good or bad—to the medication.

“The important thing is that the physician, patient and pharmacist are known to each other and have a relationship,” said Mansoor A. Khan, RPh, PhD, professor and vice dean of the Texas A&M Irma Lerma Rangel College of Pharmacy College Station campus. “That relationship is what was intended with compounding.”

Although estimates vary, one national survey indicated that 75 percent of independent pharmacists and nearly all hospitals compound medications for their patients. Still, the overall number is relatively small, making up between 1 and 3 percent of the total American prescription drug market.

There are many reasons compounding would be done, such as when a child needs a smaller dose of a drug, or a person needs a higher concentration of a cream or ointment. There are also situations in which the person cannot take the only commercially available form of a medication, such as when a patient in a coma needs a drug that is only made in tablet form.

Eventually, these different forms of medications may be created without compounding, when pills of different strengths, for example, can simply be 3D printed on demand. However, for the moment, there are few alternatives.

“There are a lot of challenges with compounding, from the medical and pharmaceutical to the regulatory and political,” Khan said. “There are certain benefits, but there are risks too if we don’t know much about the product, and patients and providers need to know the pros and cons.”

For example, compounded medications may have stability problems, and since they’re not mass-produced, they’re also not mass-tested.

However, sometimes they are mass-prescribed. “If pharmacists start compounding too many at once, instead of for one specific patient, problems arise,” Khan said. In September 2012, compounding hit the news because patients in 20 different states, all whom had received contaminated steroid injections from the New England Compounding Center in Framingham, Massachusetts, began to be diagnosed with fungal meningitis and other infections. In the end, 64 people died. “When that happens, it’s not always clear whose responsibility it is,” said Khan, who was the director of the Division of Product Quality Research at the United States Food and Drug Administration (FDA) for over 10 years. “That’s where some of the contentions are.”

Partially in response to the 2012 case, President Barack Obama signed the Drug Quality and Security Act in 2013. Under the law, generally drugs may only be compounded en masse in compliance with current good manufacturing practices by a registered pharmacist in a registered facility. In other words, compounding facilities that make bulk quantities of a drug and potentially send the drugs across state lines must register their facility and tell the FDA what they are making and how much. Otherwise, regulation of compounding pharmacies is done by each state.

In some cases, the FDA and the justice system are cracking down, and the FDA maintains a list of inspections, recalls and other actions for the compounding pharmacies around the country that consumers can reference.

Although such inspections and regulations help, the assurance of the quality is still a problem, Khan said, and might be part of why some insurance companies are reluctant to pay for compounded products. “With FDA-approved commercial products, all the studies are done, someone is checking for quality and the tests of the medication has been evaluated,” he said. “With compounded medications, there is no such process, which is why it is important for the physician to oversee the patient to see if they’re getting better with the compounded medication, as well as to watch for possible side effects.”

Texas A&M may be able to assist with testing of compounded products for quality and stability. “The Rangel College of Pharmacy is well positioned to educate and train students on our Kingsville and College Station campuses with regard to theory and practice of compounding,” said Indra K. Reddy, PhD, dean of the Irma Lerma Rangel College of Pharmacy.

“We have the resources and the expertise to be an asset to pharmacists and physicians concerned about the effectiveness of these products,” Khan added. “Pharmacists are a vital part of the health care team working to find the best and safest treatment for each patient.”