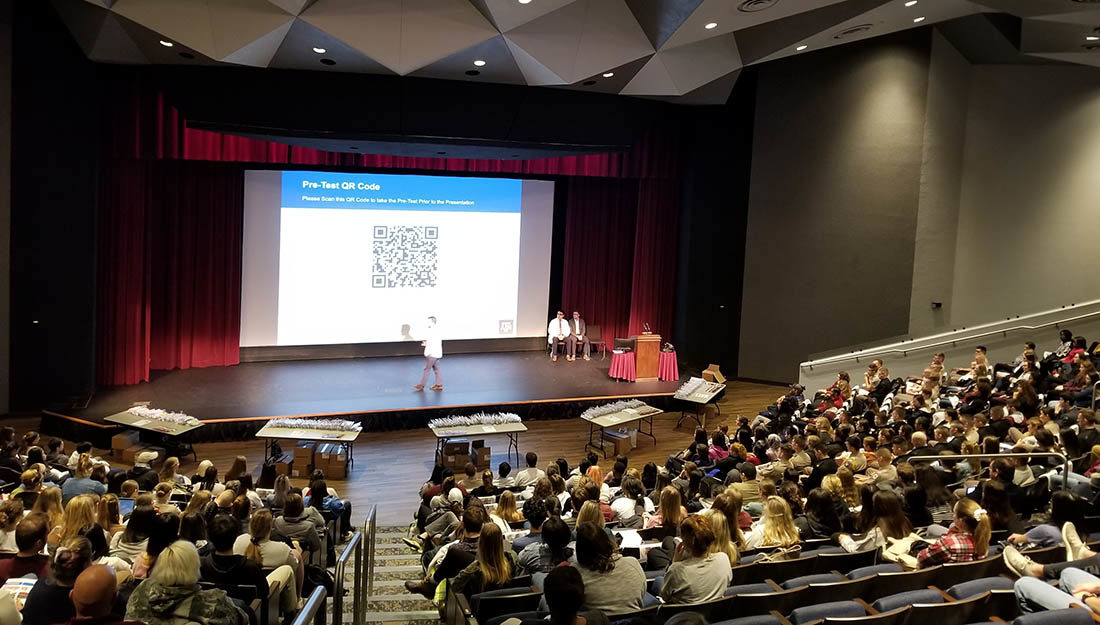 Texas A&M conducted one of the largest single opioid overdose reversal trainings in the nation Tuesday, providing education and naloxone rescue kits to more than 400 individuals.

Tuesday’s training was the second largest to date (behind the October 2019 training for 500 people) and was attended by Texas A&M students, faculty and staff as well as community members from the Bryan-College Station area. It was held in conjunction with the institution’s Disaster Day week of activities designed to prepare the community for disaster response.

Naloxone is a medication used to counteract life-threatening effects of opioid overdose and rapidly restore normal respiration until medical treatment can be administered. In Texas, anyone can get naloxone from their pharmacist without a prescription via a standing order sanctioned by the Texas State Board of Pharmacy, and anyone can administer naloxone in a suspected opioid overdose. Texas also passed legislation allowing trained individuals to distribute naloxone rescue kits to the community.

An estimated 2.1 million Americans have an opioid use disorder and rates of opioid overdose deaths are quickly rising. In response to this epidemic, U.S. Surgeon General Jerome Adams released a public health advisory in 2018 urging all Americans to keep naloxone on hand. The same year, Texas A&M Health became the first health science center in the nation to commit to train every one of its students in naloxone administration. To date more than 5,000 individuals have received training and naloxone rescue kits through the institution’s efforts. Fifteen of these kits are known to have been used in successful overdose reversals, including two in schools this past year.

“There are no ill effects from using naloxone, even if the administered has not used opioids. The only way you can hurt somebody is not to give it to them if you suspect they are overdosing,” said Joy Alonzo, M. Engineering, PharmD, clinical assistant professor at the Texas A&M Irma Lerma Rangel College of Pharmacy and head of the OENA program.

Participants of the training also heard from three panelists, who are Texas A&M Health students, about their experiences with substance use disorder and the toll the opioid epidemic has taken on their communities.

“As future health care professionals, we do not want to just be on the sidelines for this. We want to play a part in seeing the opioid epidemic slow down and see lives saved,” said Julian “Lex” Lopez, a third-year pharmacy student at the College of Pharmacy, lead organizer of the naloxone training event and incident commander of Disaster Day 2020.

Lopez is from San Antonio, Texas, a city that has been greatly impacted by the opioid epidemic. Although experts say opioid use disorder and mortality rates are underreported in Texas, there is one statistic out of San Antonio’s county, Bexar, that is telling of the problem in that area.

“Thirty-two percent of all U.S. cases of neonatal abstinence syndrome occur in Bexar County. What this really means is, babies are being born with tolerance and dependence to opioids, indicating wide-spread use in pregnant women and probably many other at-risk populations in Texas,” Alonzo said.

“Opioid use disorder can affect anyone,” Lopez said. “My friend was prescribed opioids after being involved in a car accident shortly after graduating from high school. When his doctor stopped prescribing his medications, he looked elsewhere for pain relief. Unfortunately, it is thought that he passed away as a result of using these medications.”

Lopez says that if this family had been trained to recognize an opioid overdose and had a naloxone rescue kit, his friend’s death might have been prevented. His hope for the OENA program is that the stigmas surrounding substance use disorder will be lifted and more families in the community will be equipped to respond to opioid overdose and preserve more lives.

Texas A&M Health has received 7,000 kits of nasal naloxone from Texas Health and Human Services (HHS) through its Texas Targeted Opioid Response (TTOR) program, totaling more than $2.5 million. Each kit contains two doses of naloxone—which can reverse one opioid overdose—and include instructions on how to use the medication. This is part of Texas HHS’ larger effort to distribute 60,000 overdose reversal medication kits statewide including to non-traditional first responders as part of opioid misuse prevention and treatment efforts outlined in its business plan, Blueprint for a Healthy Texas.

“By providing reversal kits we are saving lives,” said Sonja Gaines, HHS deputy executive commissioner for Intellectual and Developmental Disability and Behavioral Health Services. “Many people who have used reversal kits to save a life never expected they would have to use the medication.” 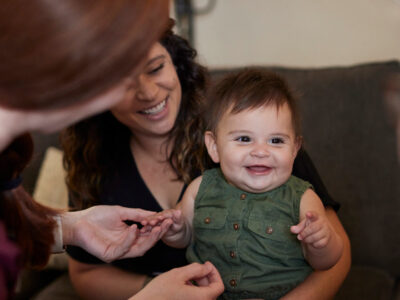 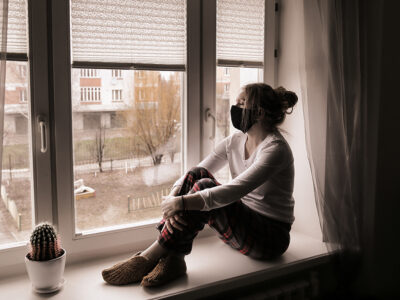