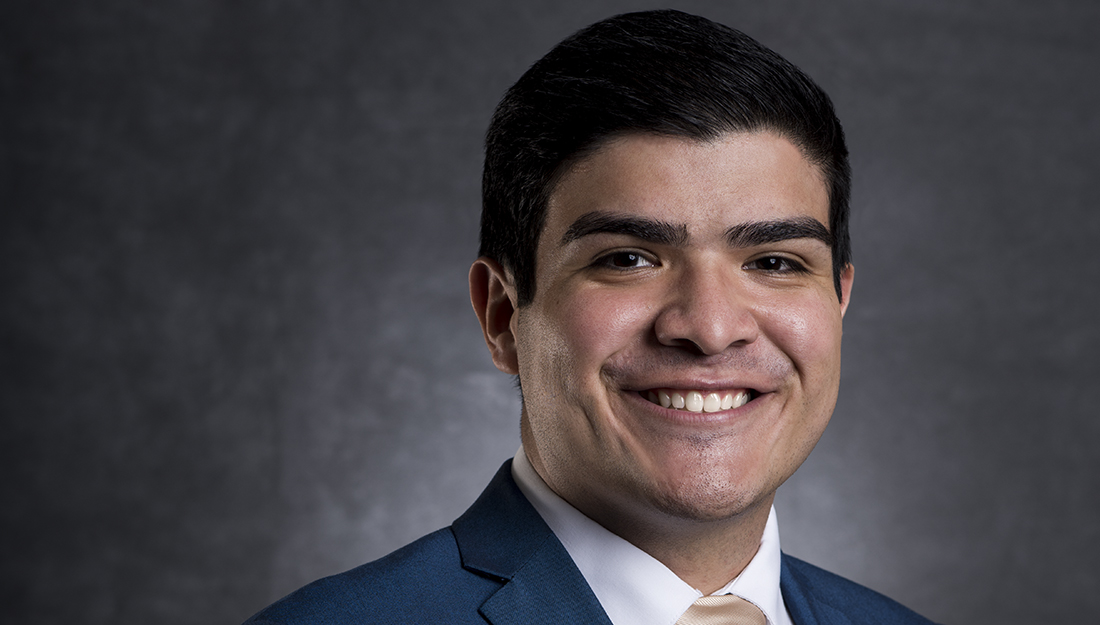 The American Medical Association (AMA) Foundation has announced that Luis E. Seija, a third-year medical student at the Texas A&M College of Medicine, is a recipient of the 2017 Excellence in Medicine Minority Scholars Award. Seija is one of only two students from a Texas medical school to receive the award since the inception of the program in 2004.

The award was given as part of the AMA Foundation Excellence in Medicine Awards program on June 9, 2017, during the AMA annual meeting in Chicago. The Minority Scholars Award program not only encourages diversity in medicine and alleviates debt, but also acknowledges the commitment to the elimination of health care disparities and supporting outstanding academic achievements, leadership activities and community involvement.

Seija was born in Austin, Texas, and attended the University of Texas at Austin, where his passion for caring for marginalized populations was fostered. He promoted health literacy and campus outreach efforts, such as translating and producing Spanish-language materials on birth control and emergency contraception for the Healthy Sexuality Peer Educator program.

In medical school, he is engaged in organized medicine through the Texas Medical Association and American Medical Association. As chair of the Minority Issues Committee, Seija led a cohort of socially conscious medical students from across the country, creating meaningful policy and educational programming. He regularly contributes to the Association of American Medical College’s “Inspiring Stories and Aspiring Docs” series.

“Receiving this scholarship came at the time when I needed it most,” Seija said. “It reinforced that all the time spent in the library or volunteering meant something. Going into the gauntlet of third year, it refueled my motivation and provided the type of encouragement one can’t find in the classroom or textbook.”

For Texas A&M College of Medicine, Seija is a voting member of the admissions committee, holds leadership positions within the Latino Medical Student Association and the Student National Medical Association and is credited with the revival of the Gay-Straight Alliance. He volunteers abroad, traveling and serving the indigent populations of Latin America and India as well as his local community.

“For many, our professional aspirations hinge on financial stability, which can be a source of stress and worry. However, this scholarship provides some relief, allowing us to focus and continue our work at school and within the community,” Seija said. “Knowing that I will not be graduating with debilitating student debt enables me to make career choices based off preference, not financial obligation.”

The AMA Foundation’s Excellence in Medicine Awards program recognizes future physicians who exemplify the highest values of volunteerism, community engagement, leadership and dedication to the care of underserved populations. The 2017 Excellence in Medicine program is made possible in part through the continued generous support of Pfizer, PhRMA and Novo Nordisk.

Seija also received the National Hispanic Health Foundation scholarship in the spring of 2017, a $15,000 award.