Surfaces in hospital rooms such as tray tables, bedrails, call buttons and grab bars can be reservoirs for bacteria.

Can a robot clean a hospital room just as well as a person?

According to Chetan Jinadatha, M.D., M.P.H., assistant professor at the Texas A&M Health Science Center College of Medicine and chief of infectious diseases at the Central Texas Veterans Health Care System in Temple, that is indeed the case.

While it may sound more like science fiction than real life, Jinadatha’s research that looks at the effectiveness of a germ-zapping robot to help clean hospital rooms could hold the key to preventing the spread of “superbugs” – in turn, saving countless dollars and, most importantly, lives.

Keeping hospital rooms clean is important to prevent the spread of infections from one patient to another. Surfaces in hospital rooms such as tray tables, bedrails, call buttons and grab bars can be reservoirs for bacteria such as methicillin-resistant Staphylococcus aureus (MRSA), which can be difficult to treat, and in some cases, fatal.

“A typical 100-bed hospital sees about 10-20 hospital-acquired infections a year,” Jinadatha says. “Our goal is to get to zero infections.”

Since the current method of cleaning hospital rooms relies heavily on housekeeping staff, who often have a high turnover rate, Jinadatha has focused his research on using technology to prevent hospital-acquired infections. In particular, he is studying the effectiveness of a pulsed xenon ultraviolet (UV) light system that was developed in Texas. Jinadatha has been among the first to study the system since it was introduced in 2011.

The device – which Jinadatha admits bears a striking resemblance to the fictional robot in Star Wars known as R2-D2 – has a large saucer-shaped head on top of a column that rises up to reveal a bulb filled with xenon gas. When the system is switched on, high-voltage electricity passes through the bulb and releases a spectrum of UV light that binds to the DNA of organisms and kills them.

Jinadatha’s latest study, which was published earlier this year in the American Journal of Infection Control, looked at the effectiveness of UV light disinfection by itself. This study found that in just 12 minutes, the xenon UV light system cut the amount bacteria in the room by about 70 percent – roughly the same level of effectiveness as manual disinfection.

Jinadatha stresses that he would never recommend that a hospital use the UV light system by itself, but he believes it does have value as a “safety net” to kill bacteria that traditional cleaning may miss. Currently, the system is being used in 40 VA hospitals across the country and about 200 private hospitals. He predicts it will eventually become standard equipment at all hospitals.

“There is no one thing that will take away the problem of hospital-acquired infections, but we are slowly chipping away at it,” he says. 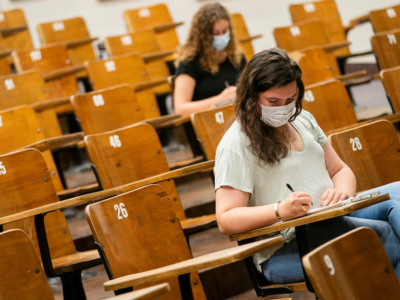 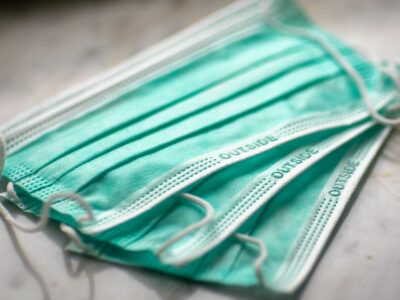