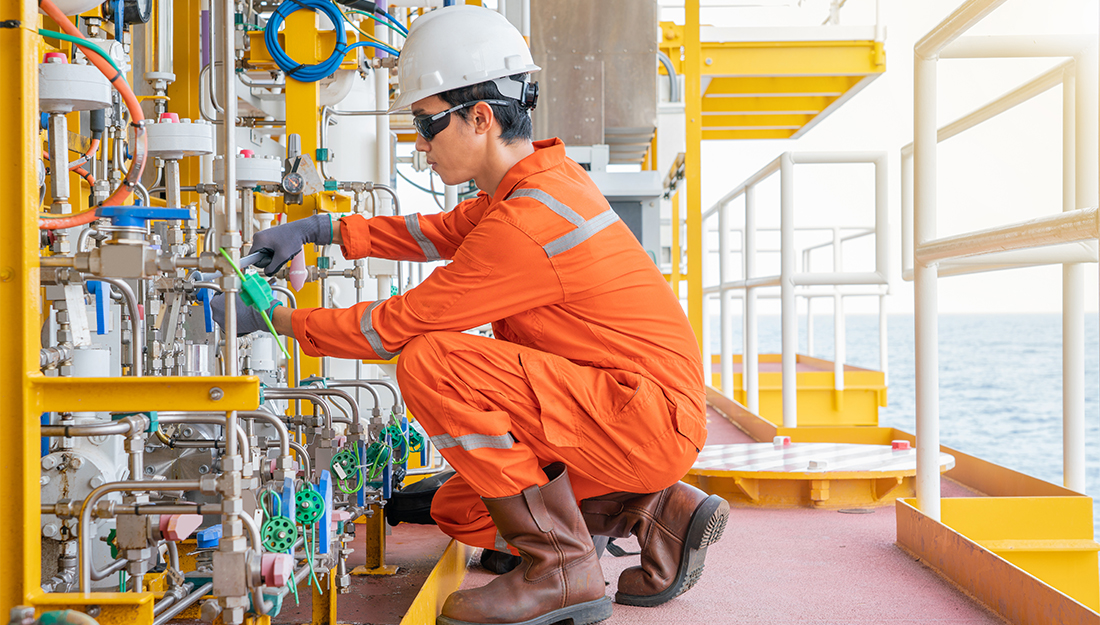 Offshore oil drilling is full of hazards ranging from oil spills to blowouts that put the drilling rig and everyone on it at risk. Operators play a crucial safety role by supervising staff and monitoring pressure on the drill bit and in the well bore to stop safety incidents before they happen. Operator situation awareness (SA), the way operators sense and understand their environment, is crucial because it affects what decisions operators make and how quickly they make them. SA can help predict how well an operator will perform these tasks that are needed to improve well safety; however, research on operator SA in situations of different seriousness and complexity is scarce.

Camille Peres, PhD, assistant professor at the Texas A&M School of Public Health, and Ranjana Mehta, PhD, from Texas A&M, and Eric van Oort, PhD, from University of Texas at Austin, conducted research aimed at measuring operator SA and performance in various drilling scenarios. The study, published in the Journal of Loss Prevention in the Process Industries, used a drilling hardware simulator to safely run senior-level petroleum engineering students through a series of drilling scenarios and monitor their SA and related physiological characteristics.

Peres and colleagues measured subject SA using the Situational Awareness Rating Technique, a survey that evaluates attention, concentration and task complexity that has been used in various other human performance studies. They also collected heart rate and heart rate variability data using wearable heart rate monitors. The subjects ran through various drilling scenarios in the simulator while researchers monitored their performance. The scenarios involved tripping (inserting or removing pipe) and drilling (making the wellbore deeper). Scenarios were either without failures or featured a failure where underground pressure is greater than wellbore pressure, known as a kick, or a loss of circulation of drilling fluid.

The researchers found that participants were more accurate when handling loss of circulation failures and that they had the same levels of accuracy for tripping and drilling tasks, indicating that drilling and tripping work tasks do not affect how an operator handles failures accurately. In contrast, there was a difference in reaction time between tripping and drilling tasks, with operators taking longer to respond to drilling failures. The researchers state that this could be due to factors such as differences in how failures are resolved.

Additionally, the participants reported lower SA scores during failure scenarios, which seems intuitive, but Peres and colleagues note that few previous studies have tested this experimentally. Peres and colleagues found that heart rate data showed no statistically significant differences between failure and non-failure scenarios; however, they note that the short duration of the scenarios might have some effect on that. They also found that there were notable differences in heart rate variability between tripping and drilling tasks for non-failure scenarios, which could reflect differences in the complexity of the work involved. The researchers also state that if future research confirms these findings it would point to the information presented to drillers being insufficient for helping to maintain SA during critical failure events.