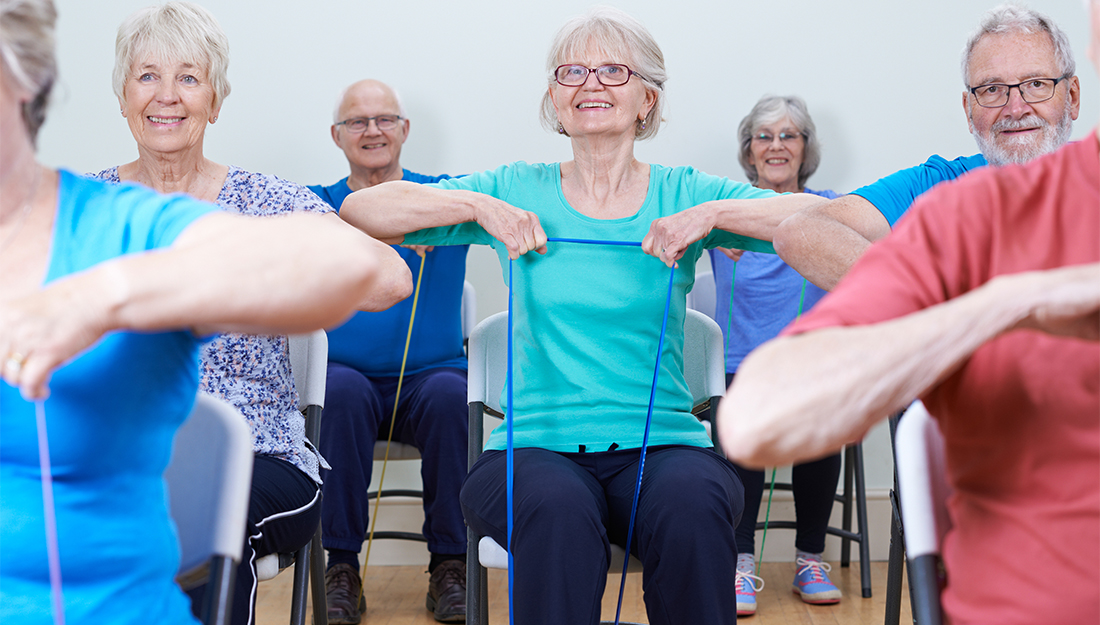 First study on the spread of evidence-based fall prevention programs across nation clarifies factors involved in how such programs are introduced and embedded in communities
July 15, 2019

Falls are a serious risk to health and well-being for many older adults in the United States. As the older adult population has grown, so has the importance of fall prevention programs such as the Otago Exercise Program. However, despite a growing body of research on evidence-based fall prevention programs, there have been few studies looking at the array of interventions available nationwide, especially in rural areas, and the various characteristics of these programs and their participants.

In a study in the International Journal of Environmental Research and Public Health, a research team led by Matthew Lee Smith, PhD, co-director of the Texas A&M Center for Population Health and Aging and associate professor in the Environmental and Occupational Health Department at the Texas A&M School of Public Health, analyzed data on fall prevention programs implemented across the United States between 2014 and 2017 with an eye on the levels of rurality of program location.

Smith received the 2018 Aging Rural/Environment Health Award from the Aging and Public Health Section of the American Public Health Association for this publication.

Research has found that older adults in rural communities face higher risks of falling, and rural older adults who fall have longer wait times to get help and greater travel times to reach needed medical care. “Rural communities often have fewer health care resources available, which limits the ability of older adults to obtain preventive care like fall prevention programs,” Smith said. Previous research has examined fall prevention programs in rural settings but have focused on limited geographic areas or only a small number of programs.

Smith and his colleagues used a national dataset containing information about fall prevention programs and delivery site locations, as well as participant characteristics and program attendance. This dataset covered eight different fall prevention programs in 22 states between 2014 and 2017. The research team also measured the degree of rurality for each program location, using rural-urban continuum codes that indicate how near locations are to major cities. They also included data about participant demographic characteristics such as household income, race and ethnicity and education level, and information about program delivery sites such as senior centers, faith-based organizations and residential facilities.

The researchers found that approximately 80 percent of the nearly 46,000 participants in the dataset attended workshops in metropolitan areas and that large areas of the country had no available fall prevention programs. Senior centers were the most common delivery sites, most of the participants were female and white and areas with programs had median household incomes of greater than $55,000.

“While these fall prevention programs successfully engaged diverse and at-risk populations across the country, most took place in metropolitan cities, which highlights the need for more intentional efforts to expand programming to rural areas,” Smith said. The researchers also note that a single approach to prevent falls is less likely to be successful, and that using more multiple methods in different settings is crucial for these interventions to reach older adults in rural areas.

Improved delivery infrastructure and models and ongoing funding for fall prevention programs will also be vital for expanding these effective interventions into the many rural areas of the United States. Further, these preventive efforts will benefit from innovative translations to offer programs across time and space, ranging from face-to-face classes to online instruction. Smith and his colleagues also note that the demographic differences among program participants indicates a possible need to tailor programs for different audiences to make them more relevant and effective.

As the first study about the spread of evidence-based fall prevention programs across the United States, this study serves as a step to clarify factors involved in how fall prevention programs are initiated and used. These findings and future studies coming from them will help guide policy makers, health care providers and patients to reduce the risk of falling among older adults, especially those in rural areas.