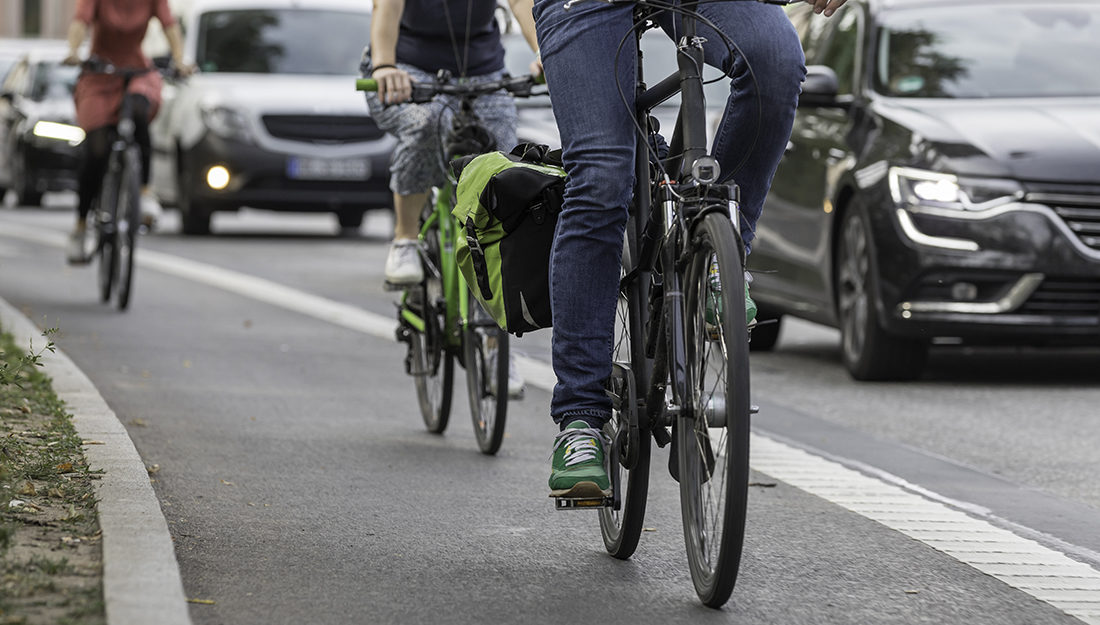 The humble bicycle has the potential to help people stay healthy through exercise, to reduce traffic congestion and decrease pollution. Many of the regular trips taken by car in the United States are three miles or less, meaning that bicycling is a theoretically possible mode of transportation. However, concerns about safety, traffic and road quality dissuade many Americans from hopping on their bikes. Research has found that improving the built environment, such as by adding sidewalks, can increase the amount that people walk. Interest in how suitable an area is for walking, known as walkability, has been on the rise, but bikeability has received less attention.

As part of her dissertation, Debra Kellstedt, PhD, along with Texas A&M University School of Public Health researchers John Spengler, JD, PhD, and Jay Maddock, PhD, together with colleagues from the College of Architecture and the University Library investigated different bikeability tools, identified research gaps and provided guidance on which bikeability tools are appropriate for different users. They reviewed literature on bikeability to find studies addressing the use of bikeability tools that have been in use since 2003. After excluding studies focusing only on a single aspect of bikeability, such as conflicts between cars and bicycles, the study resulted in 17 articles that dealt with nine bikeability measuring tools. The findings from this study have recently been published in the Journal of Community Health.

The development of bikeability tools grew out of research into walkability, which involves many of the same concerns such as distance between destinations, connectivity and methods of separating bicyclists or pedestrians and motor vehicles, such as sidewalks and bike lanes. Bikeability addresses additional concerns such as the higher speed at which bicycles travel and the need for bike racks and other specialized infrastructure. However, both walkability and bikeability deal with how safe and suitable an environment is for these activities. Bikeability tools evaluate road and path surface quality, the presence of bike lanes and bike paths, buffers to separate bicycles from other road users, traffic volume and elevation changes.

Kellstedt and her colleagues found that bikeability tools use various combinations of self-reported data like bicyclist surveys, geospatial data and direct observations of routes. They then evaluated the required costs, time and level of expertise needed to use each of the tools identified in the literature review. The cost of the tool, the time needed to learn how to use it and the level of detail in the resulting data dictate which users (e.g. researchers, public health practitioners, community members) would be best suited for each tool. For example, the Mapping Risk tool requires extensive training to use and takes a moderate amount of time and money to implement. In contrast, the Bike Score® tool is inexpensive and fairly easy to use even for untrained users. Each tool they evaluated works well at evaluating route safety and suitability, with different tools being appropriate for different users. They also observed that combining tools that use subjective data like user surveys with those using objective information like geospatial data may yield better results than either tool alone.

The researchers found that although more research is needed to build a consistent definition of bikeability, there have been tremendous leaps in methods for assessing the built environment in the past two decades. They note that continued technological development will likely further improve these tools. Additionally, future research should focus on differentiating recreational and utilitarian bicycling as well as the perceptions of bicyclists using their own bikes versus those riding bike-share bicycles. They also note that further work on bikeability and its associations with physical activity levels will prove useful for designing programs aimed at improving population health.