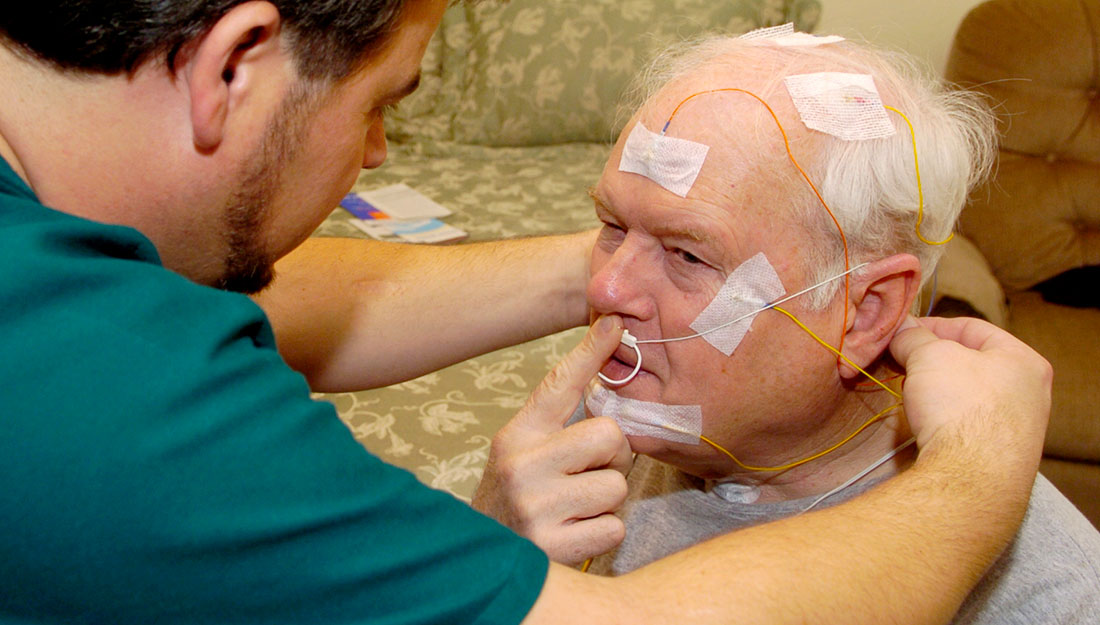 Your guide to sleep disorders

Screening for certain disorders may be key in the quest for more rest
May 13, 2016

If coffee is the lifeblood of the United States workforce, a good night’s sleep could be the transfusion most Americans need. Forty percent of people get less than the recommended seven to nine hours of rest each night. A troubling reality, since a good night’s sleep is essential to maintain a healthy lifestyle. So, what exactly is responsible for this growing epidemic of exhausted Americans?

“Many people may suffer from a sleep disorder and not even know it,” said Steven Bender, DDS, director of the Center for Facial Pain and Sleep Medicine and clinical assistant professor at Texas A&M University Baylor College of Dentistry. “The most common disorder is insomnia, but sleep disordered breathing is troublesome, too.”

Snoring is a common occurrence in households worldwide, but it should never be treated as normal. This is because at least 30 to 50 percent of people who snore have some form of sleep apnea. “Apnea literally means ‘without breath,’” Bender said. “Sleep apnea refers to periods of time during sleep where you stop breathing for at least 10 seconds. There are two types of sleep apnea: obstructive sleep apnea and central sleep apnea.”

When you snore, the constant vibration of the tissues in the back of your throat may increase your risk for certain health conditions. These vibrations cause the nerves in your throat to become less functional, which then makes it harder to keep the airway open. When this occurs, the patient is more prone to develop sleep apnea.

Upper airway resistance syndrome is a condition where the brain or the nervous system brings patients into a lighter stage of sleep before they stop breathing. If you studied the continuum of sleep breathing disorders, upper airway syndrome falls between a snorer who has interrupted sleep and a partial airway blockage.

“As we sleep, our muscles become more relaxed. The airway is also a muscle and will get smaller and smaller as we drift into deeper sleep,” Bender said. “In some people, the brain senses it’s getting difficult to breathe and will begin to wake the person up before they stop breathing. People with this condition will have more responsive nervous systems that may interrupt their sleep.”

Upper airway resistance syndrome typically occurs more in young, fit females most likely because of normal levels of progesterone and estrogen in the blood. These hormones act as neuro-protectants, defending the nervous system from insult.

“Females have more protection against airway collapse because of these hormones,” Bender said. “Males, on the other hand, produce more testosterone, which actually induces airway collapsibility. This is why males tend to snore more than females—until women hit menopause and their hormone levels shift.”

Bender said children can actually be more sensitive to airway collapse than most adults. “Sleep breathing disorders can have a profound effect on children,” Bender said. “Their system is not as resilient. While an adult can have periods of time where they stop breathing for up to five times an hour, in a child we consider this an issue if it happens once. This lack of oxygen to brain is much more damaging to the developing child.”

Throughout the night, our brains cycle from deep sleep through lighter sleep, and parasomnias usually occur during the transition to this lighter stage of sleep. “During this lighter period, people may sleep-walk, sleep-talk or engage in sleep-eating,” Bender said.

This is also where sleep movement disorders—also knowns as periodic limb movement disorders—tend to manifest. These normally involve a rhythmic, cyclical movement of different body parts during sleep—accompanied by 20 to 30 second bursts of activity. Some patients may roll their neck or bang their head repeatedly on their pillow when afflicted with this disorder.

“Sleep bruxism (rhythmic movements of the jaw and clenching or grinding of the teeth during sleep) is grouped into this category,” Bender said.

Parasomnias are most likely to occur in children, and Bender advised parents to begin screening their kids for sleep disorders early in life. “Around mid-childhood is when see sleep-walking and sleep-talking in children,” he said. “This can be related to sleep-breathing disorders, so it’s imperative to screen for these types of disorders at a young age.”

Rapid eye movement sleep (REM), which follows deep sleep, is characterized by rapid movement of the eyes, low muscle tone throughout the body and extremely realistic dreams. Do you routinely jolt out of bed after experiencing particularly scary or vivid dreams? If so, you could have a REM sleep behavior disorder—a condition where people act out their dreams during sleep.

“Our most colorful and life-like dreams happen during REM sleep,” Bender said. “During this sleep stage, the body is normally atonic (or paralyzed), but people with a REM behavior disorder do not experience this paralysis. This disorder can be violent, and patients will present to their physician or dentist with complaints of falling out of bed and possibly injuring themselves in the bedroom. They say, ‘I was having a weird dream and then jumped out of bed.’”

Important to know: REM sleep behavior disorders occur more in older people and can be an early indicator of Parkinson’s disease. “We need to be aware of the patient population who suffers from this disorder so we can encourage neurological consults when we see the signs,” Bender said.

In the quest for a good night’s rest, preventing problems will be your biggest ally. “Many of these problems, especially sleep-disordered breathing, go unrecognized in children,” Bender said. “I encourage parents to have screening done during childhood, which may prevent struggles with other sleep disorders later in life.”