Liberzon and Sohrabji are two of six scholars who have been named University Distinguished Professors, Texas A&M University’s highest faculty honor, for 2022. The class includes professors from the College of Medicine, College of Science, College of Engineering and College of Agriculture and Life Sciences.

This designation recognizes faculty members who are considered pre-eminent in their own field and have made at least one transformational contribution or substantial intellectual leap forward in their discipline.

“This is a major accomplishment for the College of Medicine as it is the first time two faculty members have been chosen for this very prestigious distinction in one year,” said Amy Waer, MD, FACS, dean of the College of Medicine. “Liberzon and Sohrabji are leaders in their respective fields and have an array of expertise and experience that make them very deserving of this honor.”

Liberzon is a leading expert in the fields of fear, anxiety, emotions, stress and stress-related disorders like post-traumatic stress disorder (PTSD). His research focuses on studying the brain in relation to PTSD and working on neurocircuitry and molecular abnormalities in signaling pathways. His research has resulted in several discoveries for major brain and neuroendocrine mechanisms of stress and anxiety disorders.

Liberzon received his medical degree from Sackler Medical School at Tel Aviv University. He completed his clinical training at Rambam Medical Center and a postdoctoral fellowship in physiology at the Technion Israeli Institute of Technology. Following that, he completed his residency in psychiatry at the University of Michigan and was later appointed to assistant professor and rose through the ranks to tenured associate professor and professor. Liberzon joined the College of Medicine as founding head of the Department of Psychiatry and Behavioral Neuroscience in 2018.

Sohrabji is the first female department head from the College of Medicine to be bestowed with this distinction. In addition to her roles as professor and department head, she was named a Regents Professor in 2019 and she serves as the founder and director of the Women’s Health in Neuroscience Program at the College of Medicine, where she advocates for the inclusion of gender and sex differences in biomedical research.

Additionally, she directs a federally funded research program that focuses on sex and age differences in cerebrovascular disease, which aims to develop novel treatments for ischemic stroke. Her lab was the first to discover that estrogen treatment in older acyclic females was not neuroprotective for stroke. She is also a Fellow of the American Heart Association (Stroke Council) and a member of the inaugural class of Texas A&M Presidential Impact Fellows.

Sohrabji received a joint doctoral degree in neurobiology and biopsychology from the University of Rochester and completed her post-doctoral training at Columbia University. Sohrabji joined the faculty at the College of Medicine in 1998. 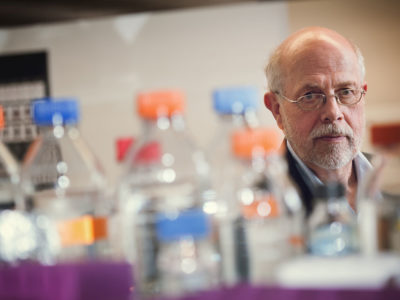 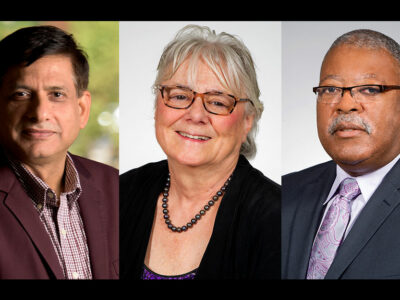