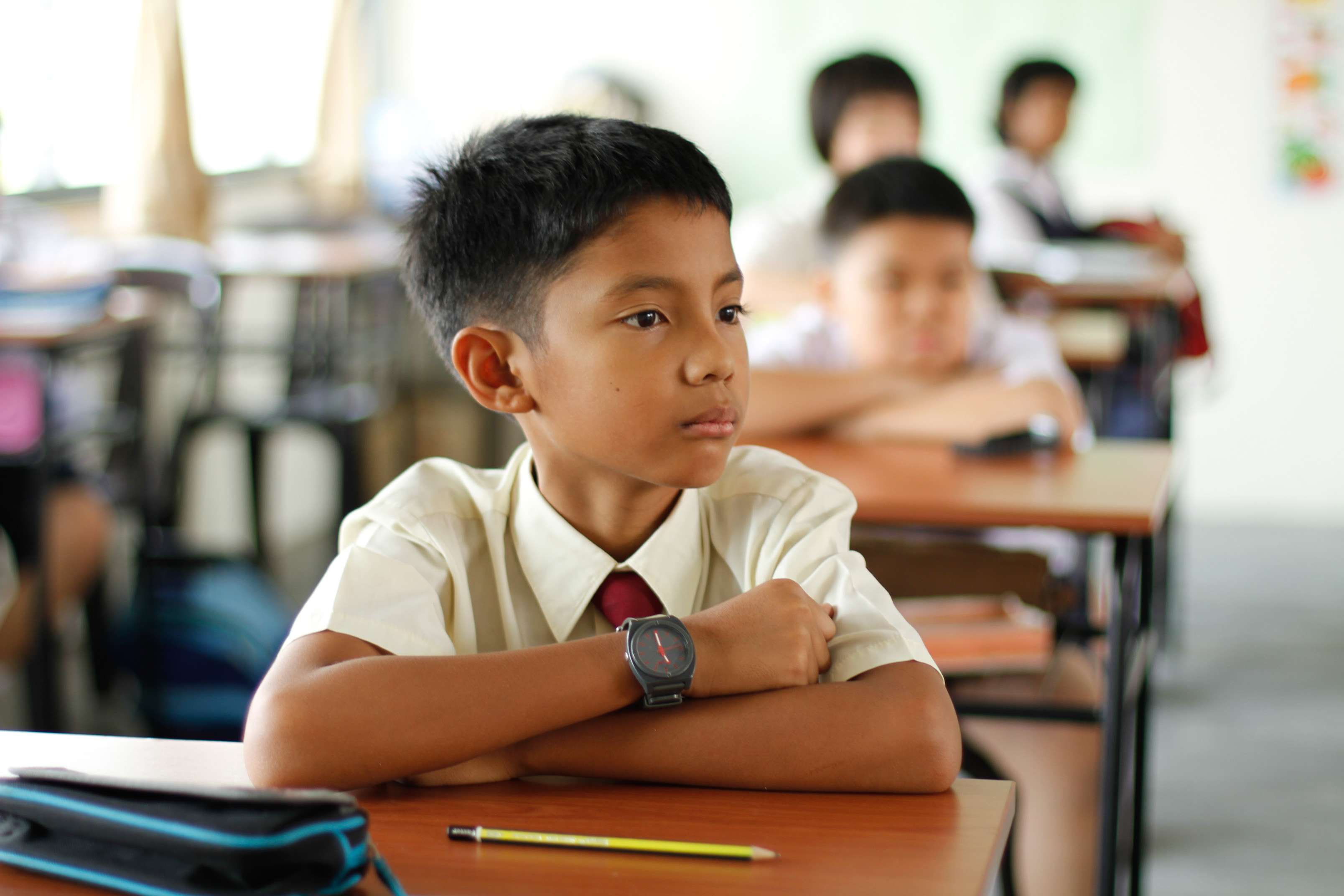 Want kids to pay attention in class? Give them standing desks

For years, teachers have been searching for ways to get students to be more attentive in class.

A recent study in the International Journal of Health Promotion and Education published by Benden and other researchers from Texas A&M  found that students provided with standing desks exhibited higher rates of engagement in the classroom than their seated counterparts. Preliminary results show 12 percent greater on-task engagement in classrooms with standing desks, which equates to an extra seven minutes per hour of engaged instruction time. The findings were based on a study of almost 300 children in second through fourth grade who were observed over the course of a school year. Engagement was measured by on-task behaviors such as answering a question, raising a hand or participating in active discussion and off-task behaviors like talking out of turn.

Standing desks – also known as stand-biased desks – are raised desks that have stools nearby, enabling students to sit or stand during class at their discretion. Benden, who is an ergonomic engineer by trade, originally became interested in the desks as a means to reduce childhood obesity and relieve stress on spinal structures that may occur with traditional desks. Lessons learned from his research in this area led to creation of Stand2Learn™, an offshoot company of a faculty-led startup that manufactures a classroom version of the stand-biased desk.

Benden’s previous studies have shown the desks can help reduce obesity – with students at standing desks burning 15 percent more calories than students at traditional desks (25 percent for obese children) – and there was anecdotal evidence that the desks also increased engagement. The latest study was the first designed specifically to look at the impact of classroom engagement.

Benden said he was not surprised at the results of the study, given that previous research has shown that physical activity, even at low levels, may have beneficial effects on cognitive ability.

“Standing workstations reduce disruptive behavior problems and increase students’ attention or academic behavioral engagement by providing students with a different method for completing academic tasks (like standing) that breaks up the monotony of seated work,” Benden said. “Considerable research indicates that academic behavioral engagement is the most important contributor to student achievement. Simply put, we think better on our feet than in our seat.”

The key takeaway from this research, Benden said, is that school districts that put standing desks in classrooms may be able to address two problems at the same time: academic performance and childhood obesity.