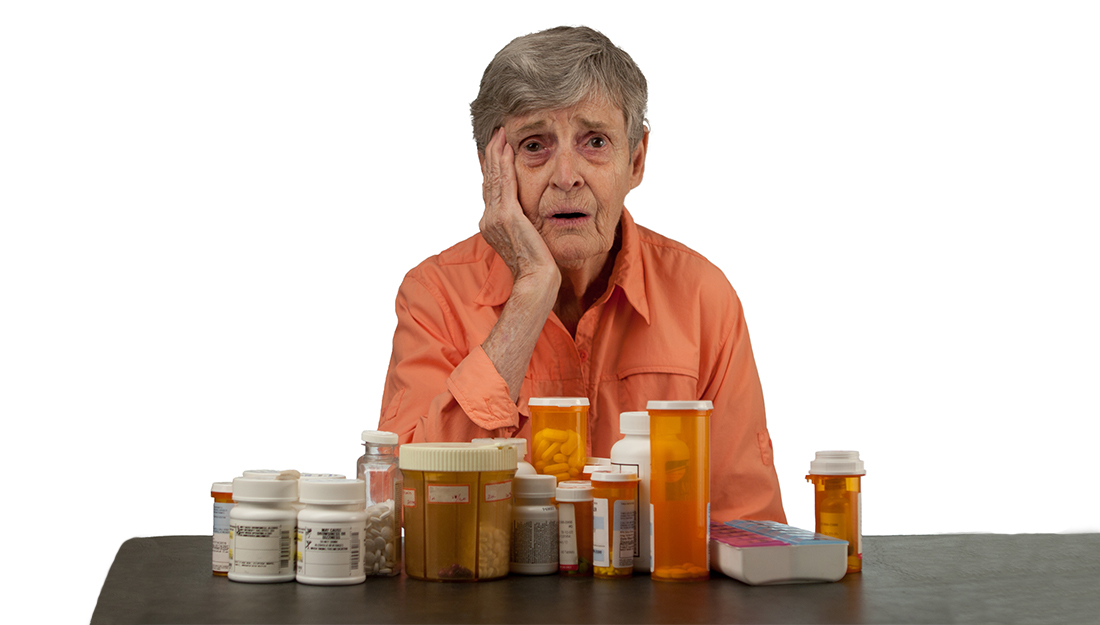 Why do older adults stop taking their medications?

For many older adults, especially those who have chronic health conditions, taking medication is a daily affair. The use of polypharmacy among adults over 65 had increased from 14% in 1998-1994 to 39% in 2009-2012, and medication use and the associated costs are expected to grow in the future. However, medication nonadherence, such as skipping doses or stopping medications entirely, is a major concern in this population and may lead to poor health outcomes and increased health care costs. Medication nonadherence is a complex problem with many factors ranging from self-perceived health and depression, to cost-related factors such as medication prices.

In two new studies, Texas A&M School of Public Health researchers and colleagues examined how a chronic disease self-management intervention affects medication nonadherence and how cost-related factors play a role in whether older adults adhere to their prescriptions. Shinduk Lee, DrPH, a postdoctoral research associate in the Center for Population Health and Aging, was the lead author on both studies and was joined by Center Director Marcia Ory, PhD, Y. Alicia Hong, PhD, and Diane Dowdy, PhD, all from the School of Public Health, and Luohua Jiang, PhD, MD, of the University of California, Irvine.

Several interventions have been developed to deal with medication nonadherence, but they have many components, and isolating them and understanding how they interact can be difficult. Gaining a better understanding of these factors was the goal of the first study, published in the journal Translational Behavioral Medicine. In this study, Lee and colleagues examined long-term impacts of the Chronic Disease Self-Management Program (CDSMP), which covers a wide range of topics ranging from exercise and nutrition to communication and treatment option evaluation and has been shown to improve medication adherence.

Previous research has found that CDSMP participants showed improvements in a variety of factors like self-reported health, depression and communication with health care providers six months after the program and that these improvements were sustained after 12 months. These factors have been found to influence medication adherence, so the researchers used data from a national CDSMP evaluation to investigate the influence six-month improvements had on long-term medication adherence. They also placed additional focus on those participants at greater risk for nonadherence, such as those reporting major depression at the beginning of the CDSMP.

Lee and colleagues found that medication adherence as reported by the study participants did not improve much at the six-month follow-up, but after 12 months adherence was greater. This may be because changes in depression, health and communication in effect at six months led to long-term behavior changes. Short-term improvements in depression and self-reported health were associated with long-term changes in medication adherence among subjects who reported major depression symptoms at baseline.

“These findings add to our understanding of medication nonadherence, but further research into more possible drivers of nonadherence and studies that focus more on subgroups with greater instances of nonadherence, such as people with major depression, will be needed,” Lee said.

Another aspect of medication nonadherence Lee and colleagues explored was the role of cost and non-cost related factors. In a study published in the Centers for Disease Control and Prevention journal Preventing Chronic Disease, Lee and colleagues looked at the roles of financial resources and patients’ attitudes and beliefs in cost-related medication nonadherence (CRN). CRN is a problem for 10 to 40 percent of older adults. Their hypothesis was that other factors such as patient satisfaction, access to health care, medication affordability and patient attitudes and beliefs would affect the relationship between financial resource availability and CRN.

Lee and colleagues used a nationally representative sample from the 2015 National Health Interview Survey. They focused on individuals who had diagnoses of diabetes or high blood pressure, were on prescription medication for those conditions and were over 65. They focused on three kinds of CRN: skipping medication, taking less medication or delaying filling or refilling a prescription to save money.

The researchers found that around 6 percent of study participants reported CRN, which is close to the figure found in other research. They also found that patient attitudes and beliefs on medication affordability, access to health care and satisfaction with health care providers affect the relationship between financial factors and CRN, implying that the availability of financial resources alone is not sufficient to explain CRN. Medication affordability had the strongest effect on CRN, which was in line with other studies. Patient satisfaction had a relatively strong effect on CRN, with higher patient satisfaction being a predictor for lower rates of CRN.

This study had a few limitations in that it did not include factors such as concerns about medication like potential side effects and perceived need for medications. However, this work is one of a handful of studies looking into the potential factors influencing the relationship between financial resource availability and CRN. The researchers said that interventions to address medication affordability, as well as efforts to address attitudes and beliefs, could reduce CRN and that further research should dig deeper into attitudes and beliefs and explore other issues such as perceived need and concerns about medications.

“It is important to recognize the complexity of medication adherence behavior. While both studies have focused on the individual-level factors, future studies should also incorporate practice- and environment-level factors as well,” Lee said.

These two studies have added to the understanding of the multifaceted and often interacting factors affecting medication adherence. Further work in these areas building on these findings will help researchers gain a more complete picture of nonadherence and give policymakers and health care providers ways to improve medication adherence among older adults.