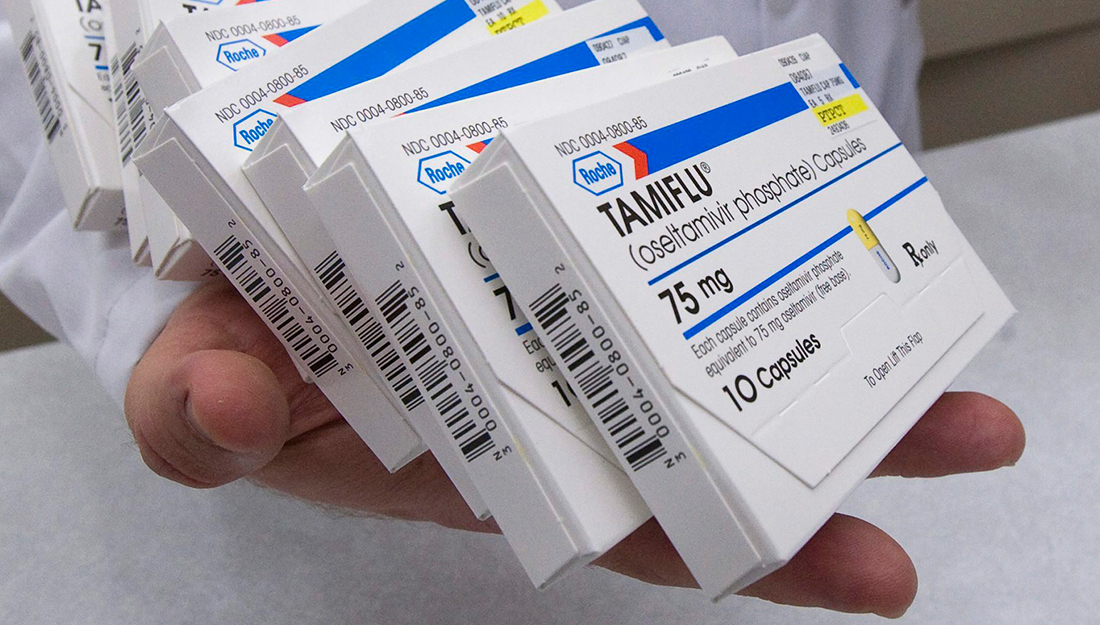 You Asked: Can Tamiflu prevent the flu?

Tamiflu is not without its drawbacks, but it may be the difference between a relatively mild illness and a trip to the hospital for some

This season’s influenza, or flu, vaccine is only 48 percent effective, according to the Centers for Disease Control and Prevention. Although that’s better than the 47 percent and 19 percent effectiveness rate for the 2015–16 season and 2014–15 season respectively, it still means that the vaccine will not prevent the flu in over half of its recipients. If you don’t like those odds, you may reach for other methods of flu prevention, one of those being antiviral medications like Tamiflu.

Tamiflu, or oseltamivir, is a prescription antiviral medication that comes in an oral form of varying dosages. “It is used to treat the flu virus in those who have experienced flu symptoms for 48 hours or less or to help prevent contraction of the virus if someone in close proximity—such as a household member—has the flu,” said Victoria Pho, BS, PharmD, CGP, a clinical assistant professor at the Texas A&M Rangel College of Pharmacy and clinical pharmacy specialist at the San Jose Clinic.

The flu can run its course in one to two weeks, with the most severe symptoms of fever, congestion, aches and chills of occurring in the first two to three days. “If we can get antiviral medicines to patients as soon as the first symptoms are displayed, it could mean the difference between hospitalization and home-based care,” said Cristie Columbus, MD, vice dean of the Texas A&M College of Medicine.

“Tamiflu binds to the protein neuraminidase, which is important for virus replication, to prevent the spread of the virus inside the body, decrease the severity of the flu symptoms and shorten the time a patient is sick by 1 or 2 days,” Pho said. “In high-risk patients with diabetes, chronic heart diseases, asthma or other high risks conditions, these medications can help prevent serious complications like pneumonia, a bacterial infection, which if severe, can lead to death.”

Tamiflu can therefore help people minimize the severity of flu symptoms and help those symptoms subside one-half to two days earlier, especially if taken within the first 48 hours of symptom onset. Quick intervention does not always happen, and treating the illness can be made more difficult because of misdiagnosis. People often mistake their symptoms for the flu when they are actually coming down with a cold, and in these cases, Tamiflu will not help. While many of the symptoms are similar, those with the flu may develop a high fever, and those with a cold likely will not. Antiviral medications also will not help cure a sinus infection because it is often caused by bacteria, not a virus. However, if you indeed have the flu, Tamiflu may help.

“If you are a healthy individual, allowing the flu to run its course could prove beneficial because it helps strengthen one’s immunity, and inappropriate or overuse of these agents may cause antiviral resistance” Pho said. However, she recommends that if you are a high-risk patient with a compromised immune system or in close quarters of someone who is prone to illness, Tamiflu is encouraged.

Tamiflu can be prescribed by your health care provider in varying strengths—75 milligrams (mg), which is the most common, 45 mg, 30 mg and a suspension version for children, which results in a liquid form after being mixed with water at the pharmacy. Tamiflu is not always cheap. The price can ring up to more than $160 for the necessary 10 doses for those without insurance. Good news came in August 2016 when the United States Food and Drug Administration approved the first generic version of oseltamivir, but while less expensive, it can still cost more than $130 if you are paying out of pocket. (Those with insurance can often receive the prescription for significantly less, depending on the policy, and some can purchase it for nearly $10.) However, particularly in vulnerable populations, the benefits may far outweigh the potential costs, according to Columbus. When medications are expensive, it is important to shop around at multiple pharmacies to get the most affordable prescription, as prices vary from pharmacy to pharmacy.

“Tamiflu can be expensive, especially if you have to pay out-of-pocket, but it may be the difference between a relatively mild illness and a trip to the hospital for some,” Columbus said. “I’m a big proponent of flu antivirals, which shorten the duration of illness and, perhaps more importantly, reduce the amount of contagious virus (or viral shedding), which can potentially help prevent secondary cases, particularly in vulnerable populations.”

While Tamiflu and other antiviral provide important protection for vulnerable populations and those who are already sick, preventing the contraction and spreading of the virus via more traditional public health methods is the best line of defense.

To prevent spreading the flu or getting it yourself:

“Prevention is key to combating the flu,” said Pho. “Be proactive in implementing and practicing preventative measures, especially in work spaces and around those who are deemed high-risk and vulnerable to contracting the flu.”

Before taking Tamiflu or any kind of medication, it is important to visit with your health care provider about the costs and benefits of such prescriptions.

The convergence of the flu and COVID-19