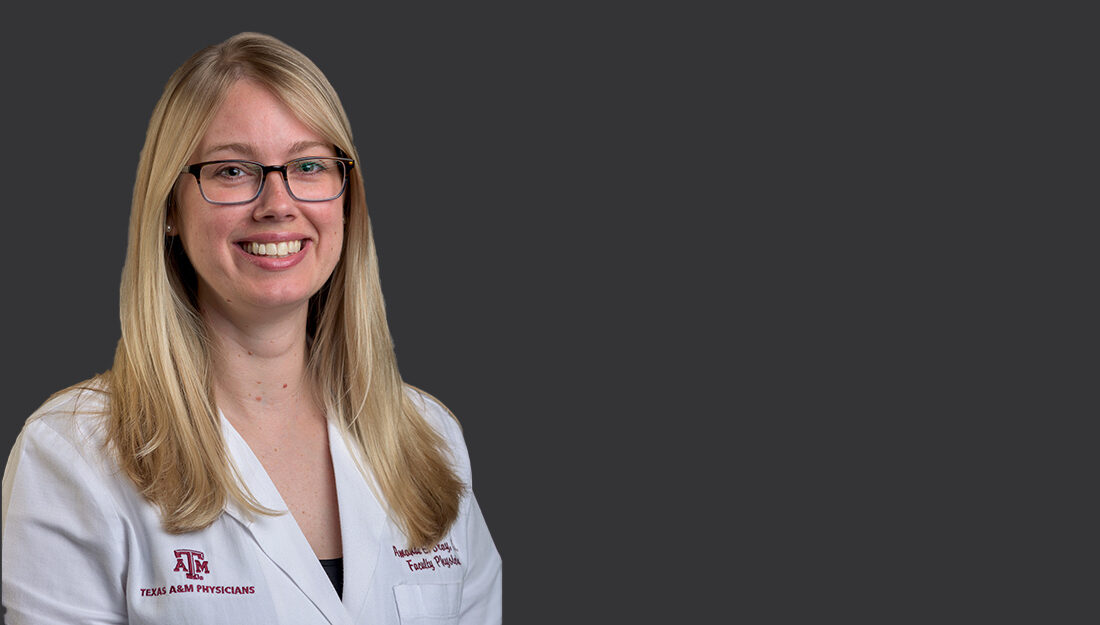 From growing up in a small, rural Louisiana town to serving as a College of Medicine faculty member, Bray paves the way for aspiring small-town women in medicine
September 17, 2020

In celebration of the American Medical Association’s Women in Medicine Month, we will be profiling female faculty members from the Texas A&M College of Medicine and sharing their stories.

From the time she was a young girl, Amanda Bray, MD, clinical assistant professor at the Texas A&M College of Medicine, always knew she was going to practice medicine, despite growing up in a small, rural area with no female physicians to look up to.

“There really wasn’t anything else that I could see myself doing,” Bray said. “What type of physician I had no idea, but there were times where I asked for a stethoscope and a doctor kit and all these things early on. It’s always been a dream, and I just stuck with it.”

Bray grew up in Many, a town in western Louisiana. As far as exposures to mentors in medicine, there wasn’t really anybody Bray could look up to growing up. Even in the surrounding towns, there were no women in medicine.

It wasn’t until the summer after her senior year of high school that she was introduced to an important mentor, the first female medical professional coming into her community, who helped inspire her to continue to pursue her dream.

“My grandfather was a dentist, and when he decided to retire, he sold his practice to a female dentist,” Bray said. “I decided to work in her practice over the summer and we had conversations about my decision to go into the profession because we grew up in the same hometown and she did not have any female mentors either. She helped inspire me to go into medicine.”

After graduating from Northwestern State University, where she earned a Bachelor of Science in biology, Bray attended medical school at Louisiana State University Health Science Center in New Orleans, and during the first three years of medical school, Bray was pretty set on being an OB-GYN. However, when she realized a lot of rural hospitals around her hometown area stopped delivering babies, her ultimate goal of moving back to her hometown to practice and serve her community would not be attainable if she went the OB-GYN route.

“I kind of had like a crisis of conscience, like ‘What am I going to do, and what have I felt like I’m obligated to do?’” Bray said. “So, it wasn’t until the last part of my fourth year, during the interview season, that I decided I was going to go into family medicine.”

Her decision to choose family medicine was due to her discovering that family medicine doctors also have the ability to deliver babies, conduct c-sections and provide as much obstetric women’s health care as an OB-GYN, something that Bray became extremely passionate about.

After learning that the Texas A&M Family Medicine Residency Program offered a lot of what Bray was looking for, she applied and was accepted into the program.

“My experience at the Texas A&M Family Medicine Residency Program was amazing,” Bray said. “When I got here, I was a bit wide-eyed, I just couldn’t believe that I found something that satisfied my medical knowledge hunger, something that looks like an internal medicine program, but also served my women’s health hunger of delivering babies and taking care of the female population and just being a part of bringing in life experience. It was a wonderful experience to train here. I literally hadn’t seen anything like this, and I was just completely amazed.”

After finishing her residency, Bray did a fellowship year at the University of Texas at Austin Dell Medical School to learn even more in obstetrics and women’s health.

Her decision to join academics as a clinical assistant professor following her fellowship was not what she originally expected she would be doing, but it really checked off all her desires and needs for a career path in high-risk obstetrics and caring for the female population.

“Within the academic realm, you actually have the ability to do a lot of the things that I did in my training,” Bray said. “For example, I really like to do ultrasounds; I love being able to be there and show the mom her baby. In private practice, you wouldn’t be able to do that, but in my position, I get to not only teach the mom, but I also get to teach a lot of residents, the next generation of doctors. I also take care of really high-risk pregnancies, and I’m there to not only understand a lot of the medical aspects of their care, but also the obstetric aspects of their care. I feel like that gives me a huge vantage point of understanding the pathology of disease that not all doctors have.”

A typical workday for Bray can vary a lot, but it usually consists of going to the prenatal clinic and seeing pregnant patients, going to the ultrasound clinic to do fetal surveys and delivering babies at the hospital.

Bray believes the relationship between the patient and the doctor is vital, which is why she thinks it’s important for females to pursue medicine, and for aspiring women in medicine to have female role models in medicine.

“What being a female in medicine means to me is that I can understand a little more of what my patient’s going through,” Bray said. “I feel like that helps with some of the doctor-patient relationship, that there is a common ground to kind of help each other in a way, to just be a better patient advocate, as a female trying to help a female.”

As for her future goals and aspirations, she plans on finishing what she considers her obstetrical career in Texas, but her ultimate goal is to build her own practice by a lake in her hometown to serve her community and mentor high school students.

“I’ve always seen myself having that rural Louisiana practice, and it’s definitely something that I’ll do one day,” Bray said. “I want to go back home and serve those people who love me and have supported me and continue to pray for me. I want to be content and happy and continue to give back to the patients of my hometown community.”

The College of Medicine’s Annual Celebration of the American Medical Association’s Women in Medicine Month will be held virtually on Sept. 28, 2020, from 6–7 p.m. It is co-hosted by the Women in Medicine student organization and the Student Diversity and Inclusion Committee. 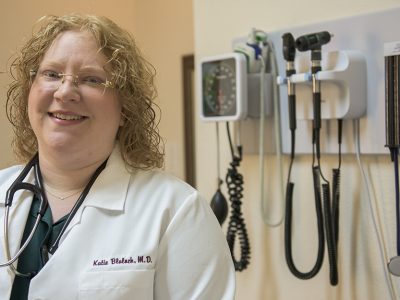 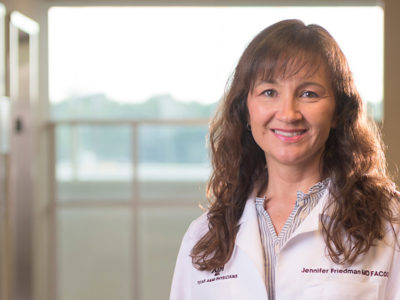 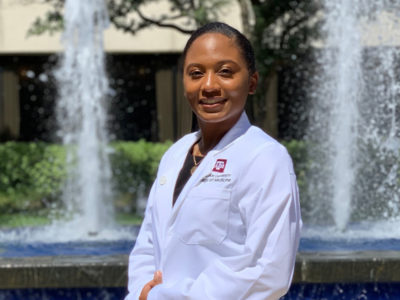 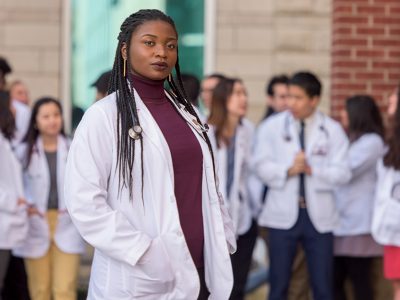