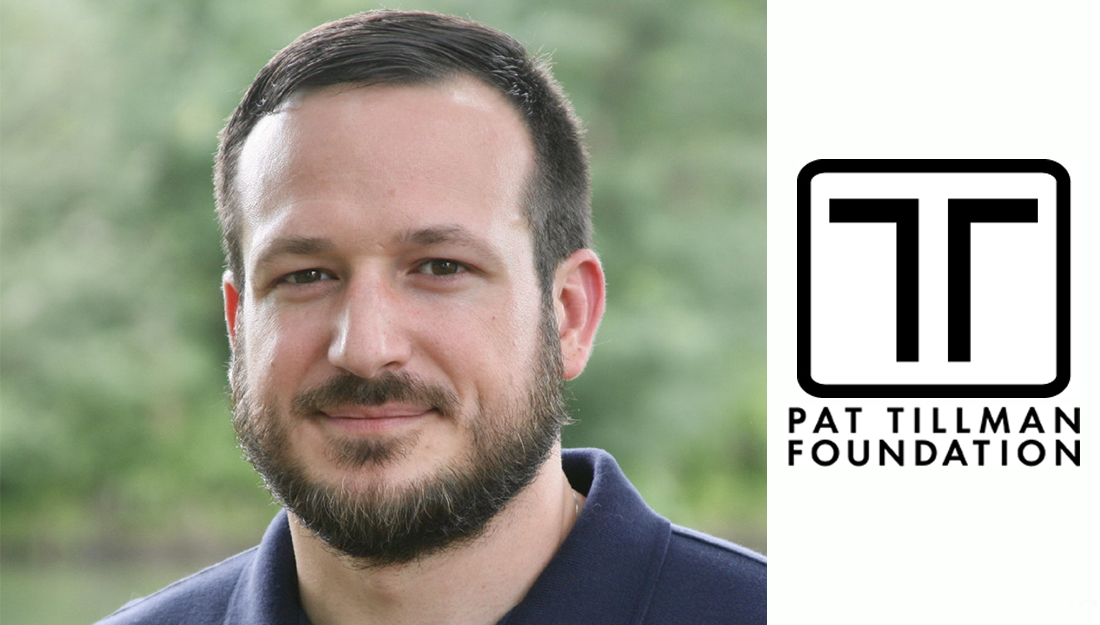 The award recognizes the best-poised leaders from U.S. military impact our country for years to come through higher education scholarships
June 19, 2017

2017 marks the third year in a row that a Texas A&M College of Medicine student has been named a Tillman Scholar. The award recognizes 60 of the best-poised leaders from U.S. military, veterans and their spouses and helps them impact our country for years to come through higher education scholarships.

Anthony Dolomisiewicz, who is pursuing his Doctor of Medicine at Texas A&M, was recently announced as one of two Texas A&M University student-veterans selected as 2017 Tillman scholars.

“As the next generation of private and public sector leaders, the Tillman Scholars are tackling challenges across national security, healthcare, technology, civil rights and education,” said Marie Tillman, Board Chair and Co-Founder of the Pat Tillman Foundation. “They believe their best years of service to our country are still ahead of them, and they are committed to making a direct impact to strengthen communities at home and around the world. We are proud to support this newest class of Tillman Scholars in their drive to serve and empower others as our country’s next leaders.”

Dolomisiewicz joined the service after the September 11th attacks and went on to complete the Special Forces Qualification Course training as a special forces medical sergeant. In his 12 years of service and over the course of multiple combat deployments with 10th Special Forces Group, Anthony realized he wanted to be more than a medic and decided to pursue medical school to become a physician. Driven by this goal, he earned his undergraduate degree and started medical school at Texas A&M, all while serving on active duty in difficult and demanding leadership positions.

During his service, Dolomisiewicz took charge of the Special Operations Combat Medical Skills Sustainment Course that was responsible for training over 1000 medics a year from all branches of the military. In this position, he planned and implemented the restructuring of the course curriculum to better meet the needs of medics on the battlefield, including dedicating more time to hands-on casualty scenarios and emphasizing realistic practice of medical skills.

After medical school, Anthony intends to continue serving with the National Guard as a military physician. He wants to continue to improve survival of casualties through superior medical training. He also hopes to continue his service as a physician in the Veterans Affairs Medical System, where he believes he can deploy his experience as a medic, instructor and leader.

In recognition of their service, leadership and potential, the newly selected Tillman Scholars chosen for this year’s class will receive over $1.1 million in scholarships to pursue their higher education and continue their service in the fields of medicine, law, business, policy, technology, education and the arts.

The College of Medicine prides itself on its history of Selfless Service, a core value of Texas A&M University.  The very foundation of the Texas A&M College of Medicine is built on a service mindset, a close relationship with the U.S. military, and a keen awareness of the needs of veteran patients.

About the Pat Tillman Foundation